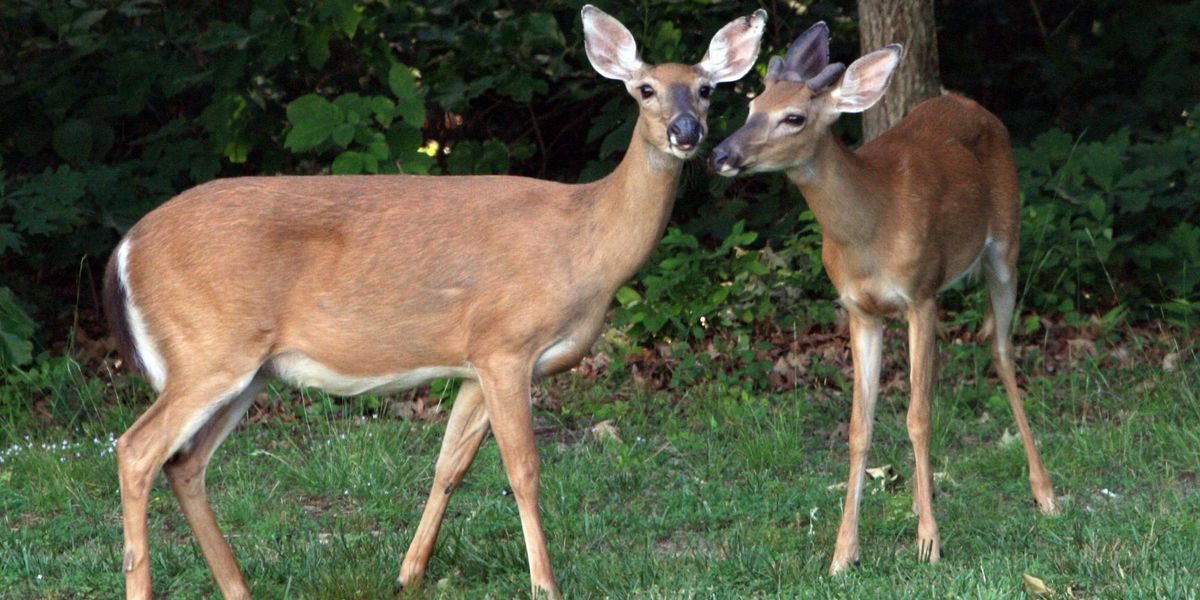 Scientists studying coronavirus infections in deer said they were stunned at their findings and cautioned that deer may complicate and extend the pandemic.

Veterinarians at Pennsylvania State University found active SARS-CoV-2 infections in at least 30% of the deer tested from Iowa in 2020. The findings were published online in a study last week.

“It was actually quite stunning to us,” said Penn State veterinary microbiologist Vivek Kapur. “We were very surprised to see such a high number of positive samples.”

The findings suggest that deer could be “reservoirs” for the virus that would periodically reintroduce it to the human population.

That complicates efforts to eradicate the pandemic.

“If the virus has opportunities to find an alternate host besides humans, which we would call a reservoir, that will create a safe haven where the virus can continue to circulate even if the entire human population becomes immune,” said veterinary virologist Suresh Kuchipudi, who co-led the study. “And so it becomes more and more complicated to manage or even eradicate the virus.”

During the winter surge they found that 80% of the deer tested had been infected by the coronavirus — a rate of infection 50 to 100 times higher than that found among residents of Iowa.

They also believe they saw evidence that the deer population had contracted the virus from humans on multiple occasions.

“The data [is] very consistent again with frequent spillover events from humans into deer and then transmission among the animals,” said Kapur.

Still unknown is whether or not humans can contract the virus back from deer, and whether other livestock can contract it from deer. The possibility of the virus mutating among the deer population is another worrying concern.

“If we want to continue to be proactive about emerging variants — and not be surprised by one that suddenly pops up — there’s an urgent need to continue to monitor SARS-CoV-2 in wildlife,” said Kuchipudi, “especially in animals that could serve as a reservoir, like the deer.”

The study was conducted by testing the lymph nodes of nearly 300 white-tailed deer in Iowa.

Here’s more about the deer pandemic:

‘Experto constitucionalista’ de Telemundo: ‘Navidad’ para Trump los documentos de Pence
Are You Ready for the Trump vs. DeSantis Showdown?
Can this be legal? California Dems planning ‘wealth tax’ that applies even if wealthy flee to another state
Pompeo says he knows this Democrat leaked classified info
Bill Maher pushes back when Bryan Cranston declares critical race theory ‘essential’ to be taught in schools