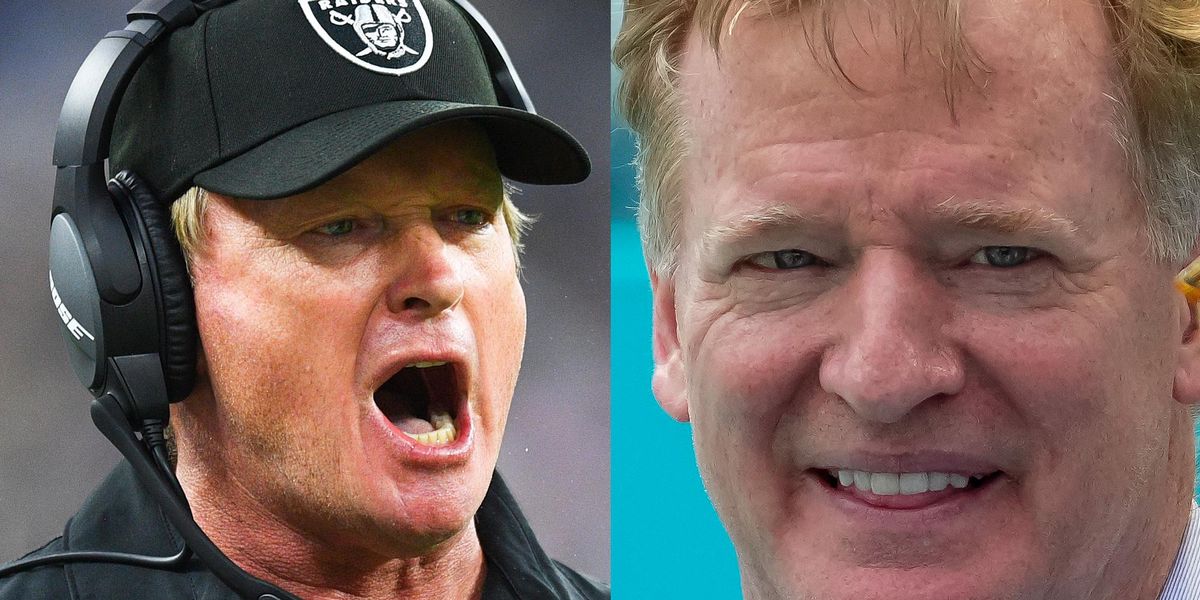 Jon Gruden filed a lawsuit against the National Football League and its commissioner Roger Goodell for allegedly leaking his emails in order to destroy his career.

Gruden resigned as the head coach of the Las Vegas Raiders in October after facing criticism over controversial statements he made in personal emails that were leaked to the media.

“The complaint alleges that the defendants selectively leaked Gruden’s private correspondence to the Wall Street Journal and New York Times in order to harm Gruden’s reputation and force him out of his job,” read a statement from Adam Hosmer-Henner, an attorney representing Gruden.

“There is no explanation or justification for why Gruden’s emails were the only ones made public out of the 650,000 emails collected in the NFL’s investigation of the Washington Football Team or for why the emails were held for months before being released in the middle of the Raiders’ season,” he added.

A spokesperson for the NFL denied the claims in the lawsuit.

“The allegations are entirely meritless and the NFL will vigorously defend against these claims,” said Brian McCarthy to CNN.

Gruden alleges in the lawsuit that the actions of the NFL led to “severe financial damages and harm to his career and reputation.”

The lawsuit argues that only a few emails were selectively leaked from the investigation to the Washington Football Team.

“Out of 650,000 emails obtained months earlier in connection with the investigation into workplace misconduct by the Washington Football Team, Defendants weaponized a small subset that were authored by Gruden prior to his hiring by the Raiders,” read the lawsuit. “Defendants then purposefully leveraged these emails to cause the termination of Gruden’s coaching contract, endorsements, and sponsorships.”

Gruden was among the highest paid coaches in the league, with a $100 million contract over 10 years. The Raiders had a 3-2 win/loss record before Gruden’s departure and they notched two victories and one loss since then to reach a 5-3 record so far this season.

Here’s a local news video about the lawsuit:

One Person Inspired an Insurrection, the Other Is Brandon Straka
I Still Have Questions After the Release of the Paul Pelosi Bodycam Footage
WATCH: Mike Pompeo Calmly Schools CBS’s Gayle King on Guns, January 6
‘1619 Project’ author receives $29K in taxpayer funds from public library for 1-hour speaking event
Biden judicial nominee stuns with inability to answer basic questions about the Constitution: ‘Not coming to mind’