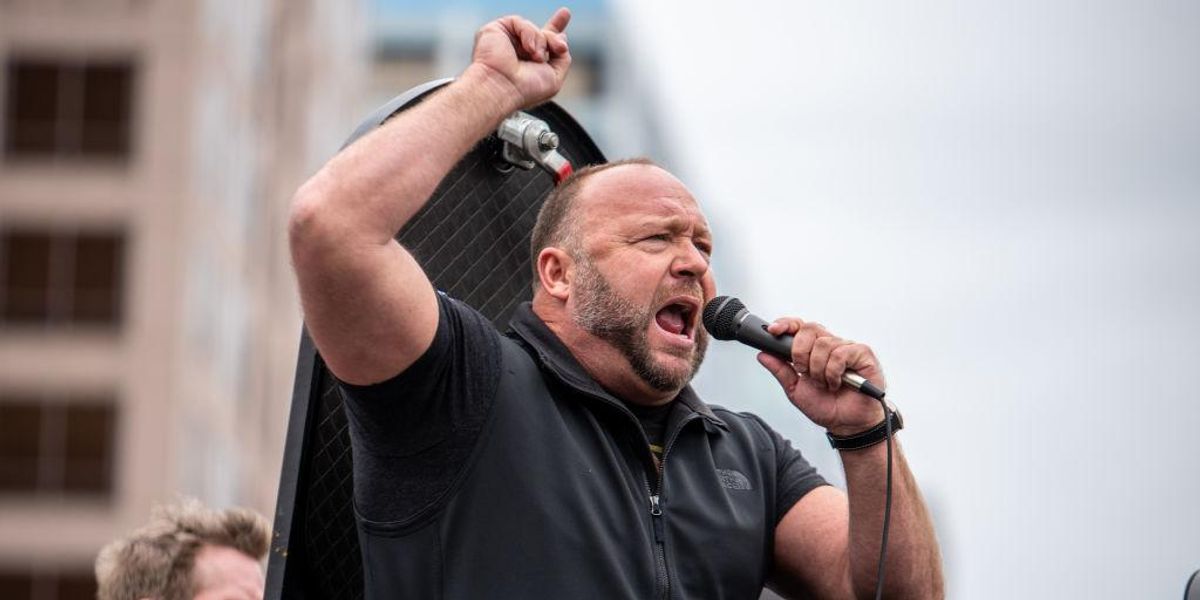 A Connecticut judge has ruled Infowars host Alex Jones liable for damages in a defamation lawsuit brought by the parents of children killed in the Sandy Hook Elementary School massacre over Jones’ claims that the shooting was a false flag operation.

According to the New York Times and the Associated Press, Judge Barbara Bellis on Monday entered a default judgment against Jones because he refused to follow court orders to turn over documents, including his financial records. Because of Jones’ “failure to produce critical material information that the plaintiffs needed to prove their claims,” he was found liable and will be forced to pay a fortune in damages to the parents.

Lawyers for the plaintiffs argued that Jones and his companies, including Infowars and Free Speech Systems, violated court rules by failing to turn over documents to them, including materials that would show whether Jones profited from making false claims about the mass shooting or other mass shootings.

“Their pattern of defying and ignoring court orders to produce responsive information is well established,” lawyers for the families wrote in a court filing in July.

Jones’ legal team has denied violating court rules on document disclosure and accused Bellis of being impartial, requesting her removal from the case.

Monday’s ruling follows three previous rulings in Texas that found Jones liable for damages in defamation cases brought by the families of 10 Sandy Hook shooting victims. In her ruling, Judge Maya Guerra Gamble of Austin called out Jones, Infowars, and other defendants for “flagrant bad faith and callous disregard” for refusing to follow court orders to turn over documents.

Jones had claimed for years that the 2012 murders of 20 first-graders and six teachers by a gunman in Newton, Connecticut, were a government-organized ploy to confiscate Americans’ firearms. He had claimed the massacre was “completely fake with actors,” “synthetic,” and a “giant hoax” by gun control advocates and the mainstream media.

In a 2019 court deposition, Jones said that a “form of psychosis” caused him to believe certain events, like the Sandy hook massacre, were staged. He said that as a “pundit” some of his opinions have been wrong, “but they were never wrong consciously to hurt people.”

He blamed the “trauma of the media and the corporations lying so much” for contributing to his purported “psychosis.”

The Sandy Hook families accused Jones of spreading lies about their children’s murders, an accusation that Jones has disputed while failing to produce evidence to support his claims. They said they were subjected to years of in-person and online harassment by people who had believed Jones.

In 2019, Jones was ordered by a Texas judge to pay $100,000 in legal fees for disregarding a court order to produce witnesses.

Juries in Texas and Connecticut will now decide how much Jones will be forced to pay in damages. Those trials will take place next year.

Kari Lake bombshell: Freedom of information request reveals some 200k FAILED votes occurred on election day in AZ
Trump reportedly is texting after longtime ‘resistance’ to it. NYT says his associates are worried over what might pop up on screen from former president.
Will The New Shadow President Be Better Than Ron Klain?
An Angry Bearded ‘Woman,’ ‘Family-Friendly’ Drag Shows & Oral Sex Gear For 13 Year-Olds
Gov. Ron DeSantis Lowers the *BOOM* on Florida Teachers’ Unions