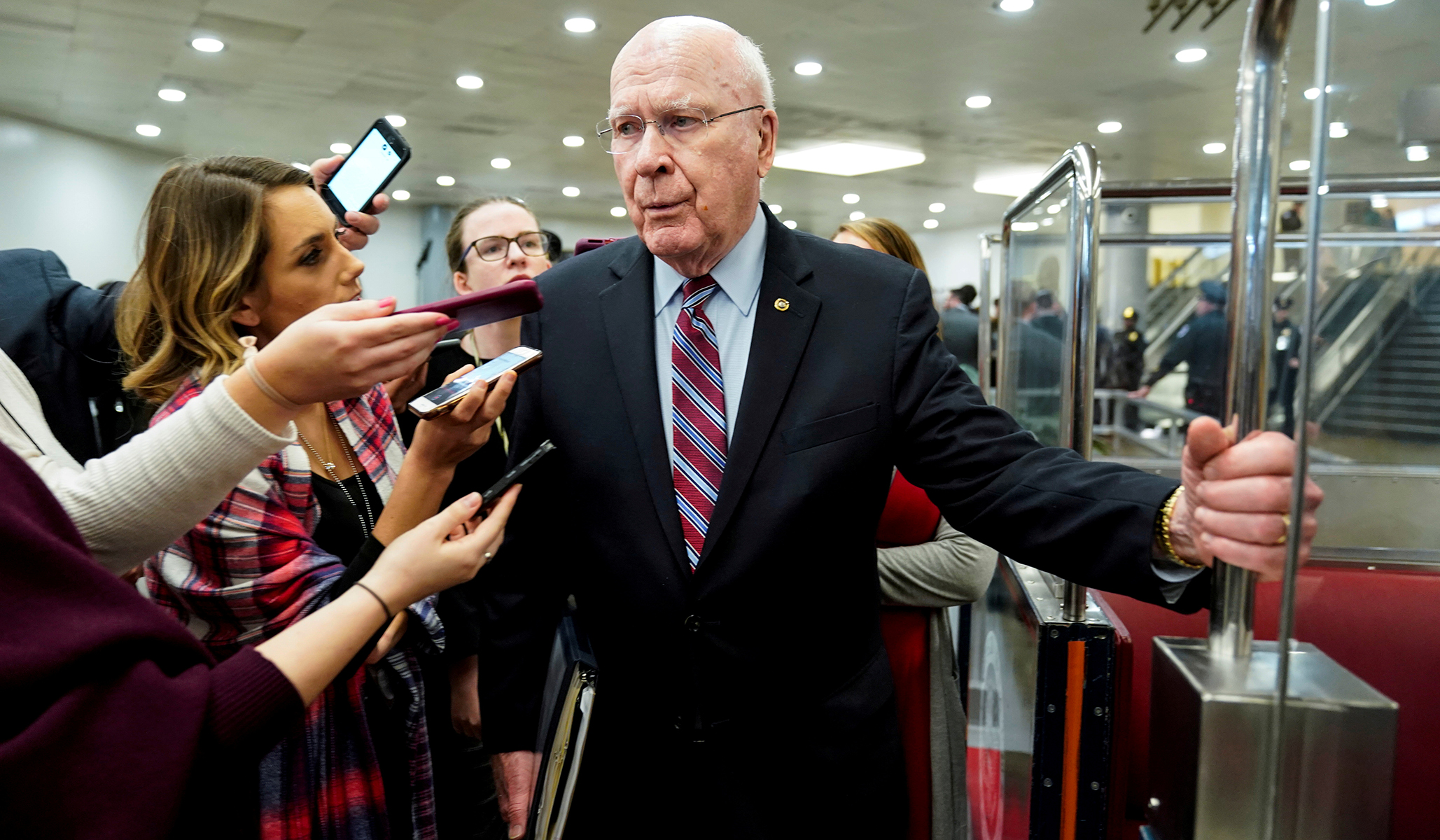 Senator Patrick Leahy, at 81, announced on Monday he won’t stand for reelection, because he wants to “pass the torch” to somebody younger. But this is the same age at which President Biden wants to run for a second term as president.

Leahy, having been elected in the 1974 post-Watergate Democratic wave, is the longest-serving Senator. However, Biden was actually elected to the U.S. Senate two years earlier, in 1972.

Had Leahy decided to run for reelection, he would have been 82 at the start of his second term. Were Biden to run in 2024, as aides indicate he intends to, that would put him at 82 by the time he’s sworn into a second term, and 86 by the time he leaves office.

As things stand, Biden’s plunging approval ratings and incompetent management have already lead a majority of Americans to question his mental acuity. It’s staggering to think that Democrats might be trapped into running an even older Biden in 2024, given that Vice President Kamala Harris is performing even more poorly in polls.

Is the Trans Cult Putting the Nation’s Blood Supply at Risk?
‘If you need to arrest me, I understand’: US Marine allegedly flew from Louisiana to Florida to have sex with 14-year-old girl he met online
Man killed after dog steps on gun
Racist Whoopi: White People Need Beatings Before Police Reform
Biden judicial nominee stuns with inability to answer basic questions about the Constitution: ‘Not coming to mind’