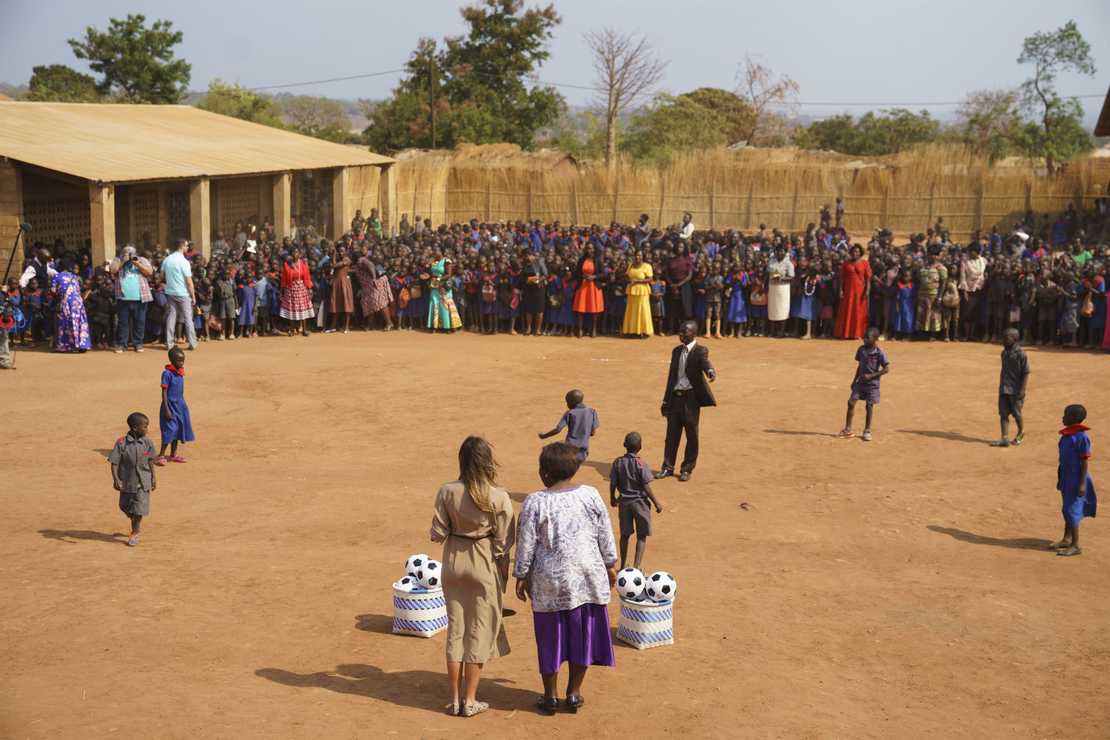 There have been over 5 million COVID deaths worldwide, but one continent that defied expectations was Africa.

Last year, health officials predicted millions would die in Africa from COVID, but instead, the continent has a death rate (161.26 per million population) lower than the world average (653.52 per million population), and Africa is described by the World Health as being “one of the least affected regions in the world” in its weekly pandemic reports.

According to a recent report from the Associated Press, COVID-19 seems to have become a thing of the past. In Zimbabwe, for example, only 33 new cases and zero deaths were recorded last week.

Fewer than 6 percent of the African continent has been vaccinated.

Naturally, the experts are baffled.

“Africa doesn’t have the vaccines and the resources to fight COVID-19 that they have in Europe and the U.S., but somehow they seem to be doing better,” said Wafaa El-Sadr, chair of global health at Columbia University.

According to the AP, “Some researchers say the continent’s younger population — the average age is 20 versus about 43 in Western Europe — in addition to their lower rates of urbanization and tendency to spend time outdoors, may have spared it the more lethal effects of the virus so far.”

However, some studies are looking into other possible explanations.

Researchers working in Uganda discovered that COVID-19 patients were less likely to experience severe symptoms or death if they had high rates of exposure to malaria.

“We went into this project thinking we would see a higher rate of negative outcomes in people with a history of malaria infections because that’s what was seen in patients co-infected with malaria and Ebola,” said Jane Achan, a senior research advisor at the Malaria Consortium and a co-author of the study. “We were actually quite surprised to see the opposite — that malaria may have a protective effect.”

The link between nations with high rates of malaria and lower rates of COVID death and less severe symptoms was observed in the early weeks of the pandemic. What was Africa doing differently?

Interestingly, Africa has been using chloroquine (CQ) and hydroxychloroquine (HCQ) as an early treatment.

A study published in April 2020 in the American Journal of Tropical Medicine and Hygiene warned that, “there is currently no evidence that CQ or HCQ, two low-cost drugs for which we have extensive experience for treatment of malaria and rheumatic disorders, has beneficial effects on the clinical course of COVID-19 patients,” and then warned that, “the off-label use of CQ and HCQ to prevent or treat COVID-19 in Africa and elsewhere must be viewed with greatest caution, considering potential serious toxicities and benefit versus risk. If the effectiveness of these and other drugs is established in global trials, therapeutics for COVID-19 will require further operational evaluation in Africa.”

Because of the high rates of malaria in Africa, CQ and HCQ are widely available there and have been used to treat malaria for decades. It’s a cheap, off-patent drug, that was unfortunately highly politicized in the early weeks of the pandemic because President Trump cited a study showing it was potentially a gamechanger in the fight against COVID.

Unfortunately, Democrats cared more about defeating Trump in the election than saving lives, and fueled hysteria against the drugs. Anyone touting the drug’s potential was silenced, including doctors. Many peer-reviewed studies have shown that HCQ contributes to less severe symptoms and lower mortality when administered early. Unfortunately, those studies were ignored while studies that claimed HCQ caused higher mortality were given wide coverage in the media… and some turned out to be bogus.

Imagine how many lives might have been saved had we really been “in this together” instead of so many being “in this to get Trump.”