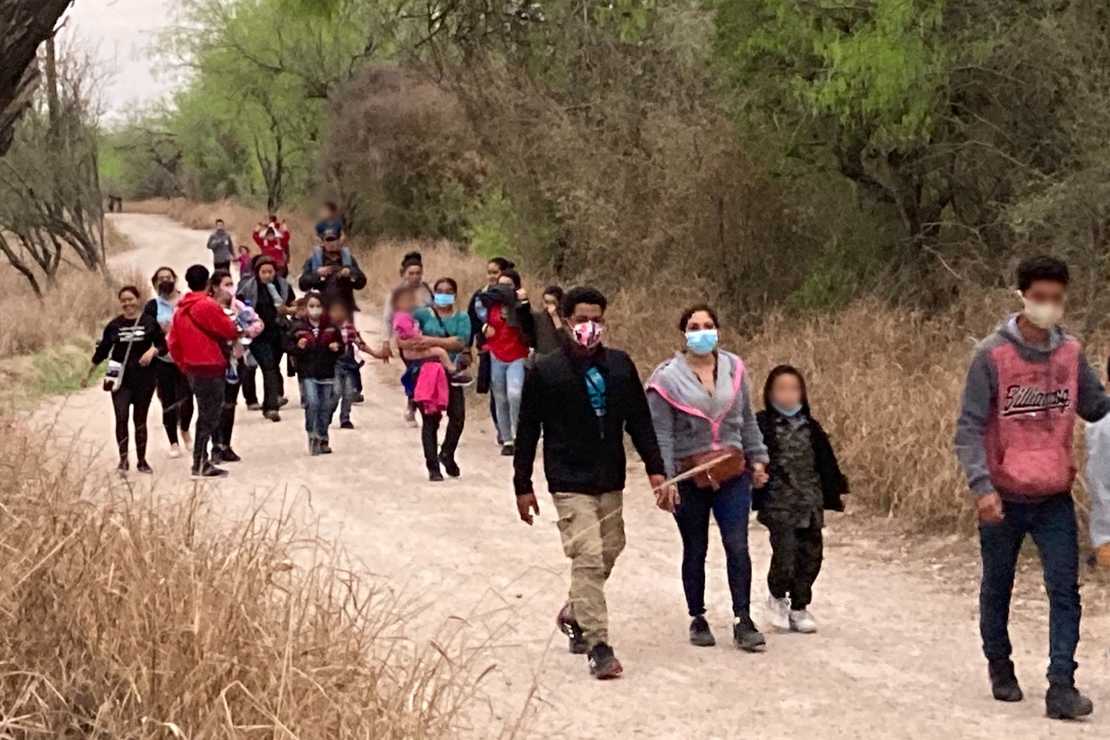 The news may be overwhelmed with culture wars and Washington legislation, but along our nation’s massive southern border, the crisis continues unabated.

Nearly 165,000 migrants were arrested after illegally crossing the United States-Mexico border last month, more than twice the number arrested in October 2020 and an all-time high for any October. But President Joe Biden’s Homeland Security Secretary, Alejandro Mayorkas, thinks everything is going swimmingly.

Asked last week to give himself a grade for his work on securing the southern border, Mayorkas audaciously told the Senate Judiciary Committee, “I am a tough grader on myself and I give myself an A.”

Almost two million illegal immigrants have been arrested crossing the international border since Biden took office, a 300% increase from the January through October period during former President Donald Trump’s final year in office. Hundreds of thousands have been released into America’s interior without even a notice to appear in court.

NEW: We were live on the air when we had this group of illegal immigrant runners pass directly behind us in La Joya, TX. There were no Border Patrol agents in the immediate area at the time, but several of them were later caught by agents. BP looking for the others now. @FoxNews pic.twitter.com/CaMq3d7fZc

Even those with court dates realize it will take years for their (often bogus) asylum claims to be rejected, so the Biden administration effectively has given the migrants ample time to disappear, sans deportation.

While the administration and Democrats try to spend trillions of taxpayer dollars or fight mythical battles against natural weather patterns and “voting rights suppression,” regular Americans are appalled at the dramatic increase in illegal immigration since Biden took office.

According to a recent Harvard-Harris poll, more than two in three voters believe the border crisis needs to be addressed immediately, while 65% specifically blame Biden’s executive orders for increasing illegal immigration.

An overwhelming 71% of those surveyed believe migrants crossing the border illegally should be immediately returned to Mexico. But Mayorkas recently instructed Customs and Border Protection to continue the flawed catch-and-release policy, which allows illegal migrants rapid entry into our country.

Migrant encounters on the rise.

In Oct, agents encountered over 45K migrants, a 28K increase from the same timeframe last year.

The trend will continue in November as encounter numbers have already passed Nov FY21 totals. pic.twitter.com/aajdQbH7aG

Mayorkas either doesn’t know much or refuses to be honest. He said he “doesn’t know,” when asked by Republicans at a Nov. 16 hearing how many COVID-positive immigrants or convicted criminals have been released into the U.S.

As the administration’s immigration border policies harm people and exacerbate the humanitarian disaster, nobody on Team Biden supposedly overseeing the situation knows any relevant facts.

There are billions of people in poor countries who want to come to the United States for a better life. Asylum is for people persecuted by their governments, not for economic migrants.

That’s why we have laws about turning people away at the border, rather than releasing them into the country. Biden has yet to hold a single person accountable for nearly a year of failures, but one Christmas gift he could give America would be releasing Mayorkas from his duties.

Agents from Tucson Station initiated a #vehiclestop near Amado, AZ. They questioned the occupants and determined the U.S. citizen driver was smuggling four migrants in the vehicle and three in the trunk. The driver faces prosecution. Another dangerous smuggling attempt thwarted! pic.twitter.com/8Bnc893cKR

With more caravans headed north across Latin America, the Daily Caller reported Monday that the Texas National Guard is prepared to deploy troops in short order to “repel and block any sized element coming across.”