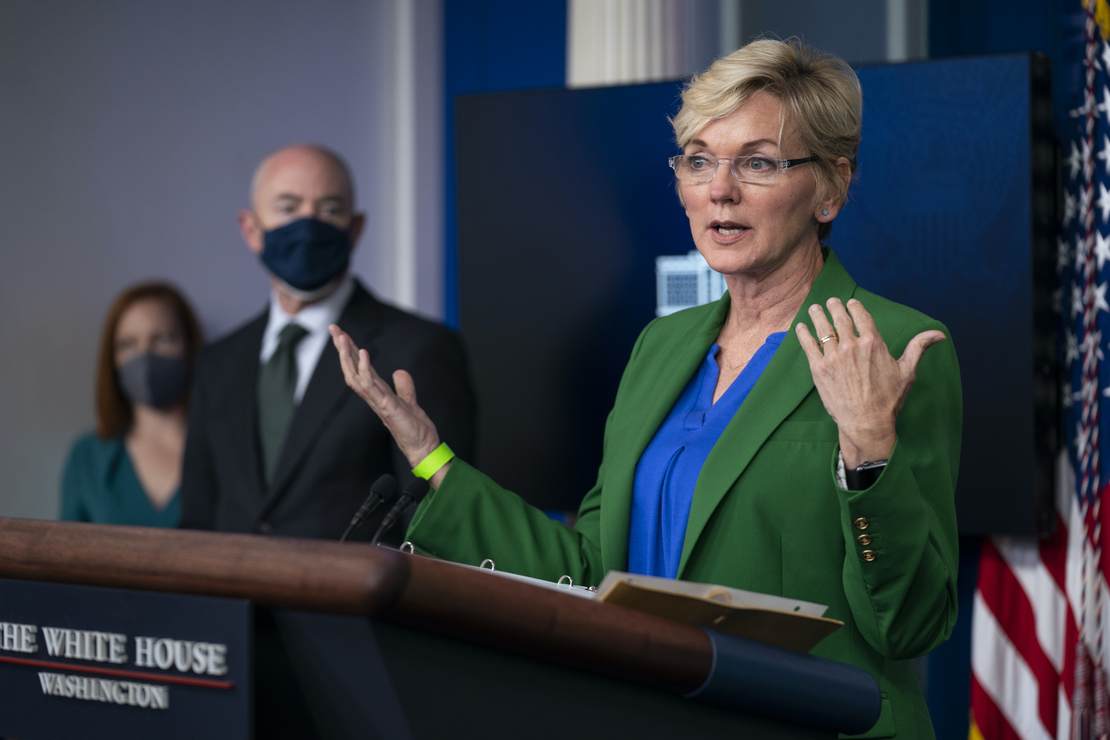 Many years ago, a lifelong Michigan resident who has since passed away told me then-Gov. Jennifer Granholm was not only a devout leftist, but “the least intelligent person I’ve ever seen in statewide politics.”

I’ve recalled those lines often this year, and again late Tuesday, when Granholm gave one of the most tone-deaf, pathetic press conferences in recent memory.

The former Wolverine State governor and CNN contributor is arguably the dumbest member of the Biden cabinet  — which is no small feat, considering stiff competition from the likes of HUD Secretary Marcia Fudge, Interior Secretary Deb Haaland, and embattled DHS Secretary Alejandro Mayorkas.

The entire question-and-answer session was a debacle for Granholm, but some answers stood out, especially from an official who earlier this month laughed at gas prices crushing Americans at a crucial time of year.

Granholm began with some typical bashing of “big oil” for “enormous profits,” attempting to shift any blame away from the Biden administration.

Biden Energy Sec. Granholm blames Big Oil for higher gas prices: “[T]he energy industry is making enormous profits. They’re…above where they were before the pandemic started, so they have taken advantage of the moment, the profits to be able to engage in shareholder buybacks.” pic.twitter.com/AMd7jWCFdW

Of course, if Biden wanted to do something about soaring prices at the pump, he’d reverse his decisions to cancel the Keystone XL pipeline and block domestic oil production on federal lands, instead of only releasing oil from the nation’s emergency stockpile.

Unprepared, Granholm then showed confusion about how much oil Americans use each day.

REPORTER: “How many barrels of oil does the U.S. consume per day?”

Energy Sec. Granholm: “I don’t have that number in front of me. I’m sorry.” pic.twitter.com/lToOjsLNLu

Even when asked by hard left racialist April Ryan about “low income families,” the energy secretary gave a full minute of redundant jargon with no answer other than rambling about “solar and wind.”

Asked by April Ryan what the message is to low-income Americans struggling w/high gas prices, Granholm insists Biden “has been really thoughtful about this” and “feels so strongly that all Americans are feeling the pinch,” but we have to bring down costs + move to clean sources pic.twitter.com/5jKGPKQ4zR

Finally, Granholm turned it back over to White House General Secretary Jen Psaki, who smugly mocked concerns of nearly all Americans and didn’t directly answer about the image of a president jetting off to a billionaire’s island compound for the holiday.

“You are president no matter where you are,” Psaki argued. “He will conduct his work from wherever he is on any vacation, any time, in Delaware, Camp David, or wherever he may be spending time with his loved ones.”

Reporter to Psaki: “What message does it send to the middle class Americans—who Biden says he’s trying to help—who are struggling to cover the cost of the most expensive Thanksgiving ever that the president is gonna take a few days off at a billionaire’s compound in Nantucket?” pic.twitter.com/S9W9BCNwvI