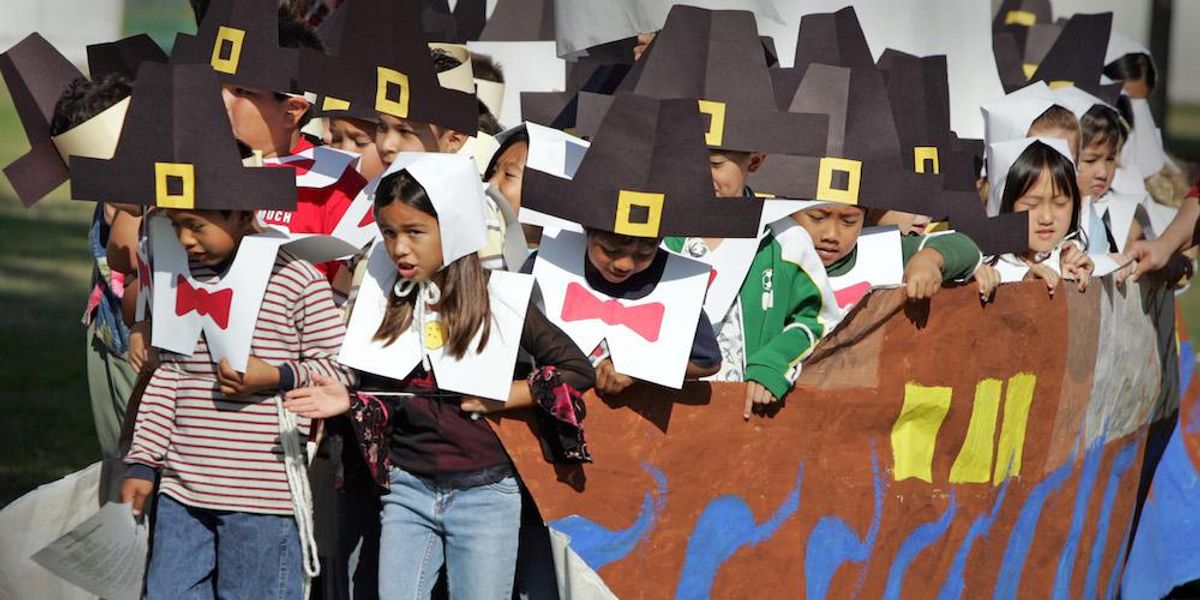 Left-wing, race-baiting MSNBC host Tiffany Cross handed over the “essay” portion of a recent episode of her “Cross Connection” to a favorite guest so that he could share, as the show chyron blared, “the real history of Thanksgiving in America.”

And likelynot a single woke viewer was disappointed as Gyasi Ross launched into an anti-white tirade attempting to shred the “mythology” of Thanksgiving and accuse the Pilgrims of bringing only “genocide and violence” and declaring that minorities “are still still waiting for white Americans to bring some value.”

Ross wasted no time jumping into his racial attacks on whites and Thanksgiving, as well as attacking America overall.

That mythological image of whiteness, in Ross’ mind, is one of benevolent white settlers coming to a strange land “in good faith” and “bringing something of great value that enriches the people who are already here.”

And the natives in the Thanksgiving story also offer “something of immense value” to the myth, Ross continued, “equal exchange.”

That, according to the thinking of the woke brigade, “closely mimics the mythology of white America: It is how America wants to see itself.”

But Ross declared, as the left has repeatedly attempted to convince fellow Americans, the “truth of Thanksgiving” is way, way, way different.

After noting, accurately, that the “Pilgrims did not bring turkey, sweet potato pie, or cranberries to Thanksgiving. They could not. They were broke,” (which, as most Americans understand, is precisely why they were offering thanks to God for His provision), Ross went on to explain what the Pilgrims actually brought to Thanksgiving.

Ross went on to list minorities who have been “murdered by those paid to protect us.”

“White Americans are still killing native and black Americans with no fear of reprisal,” he said.

Not only that, whites are still conducting “chattel slavery” of native and black people, according to Ross, “through the prison industrial complex that imprisons the descendants enslaved Africans and natives.”

“That is the reality of Thanksgiving,” he claimed.

Whites bring nothing to the table, in Ross’ mind.

“Return the land,” Ross demanded, adding, “Then, and only then, we can all be equally thankful.”

There Is a Vaccine Mandate Debate Inside the NIH That You Can Watch on Wednesday
Women’s Tennis Association cancels all tournaments in China and Hong Kong over disappearance of Peng Shuai
Akhil Amar: ‘Casey’s Dictum About Precedent Was Virtually Unprecedented’
New York Times Spins Waukesha Massacre, Fears Could Hurt Bail Reform Nationwide
North Dakota farmer arrested in Ukraine, accused of trying to assassinate a gov’t official; his family says he is being railroaded to cover up other crimes