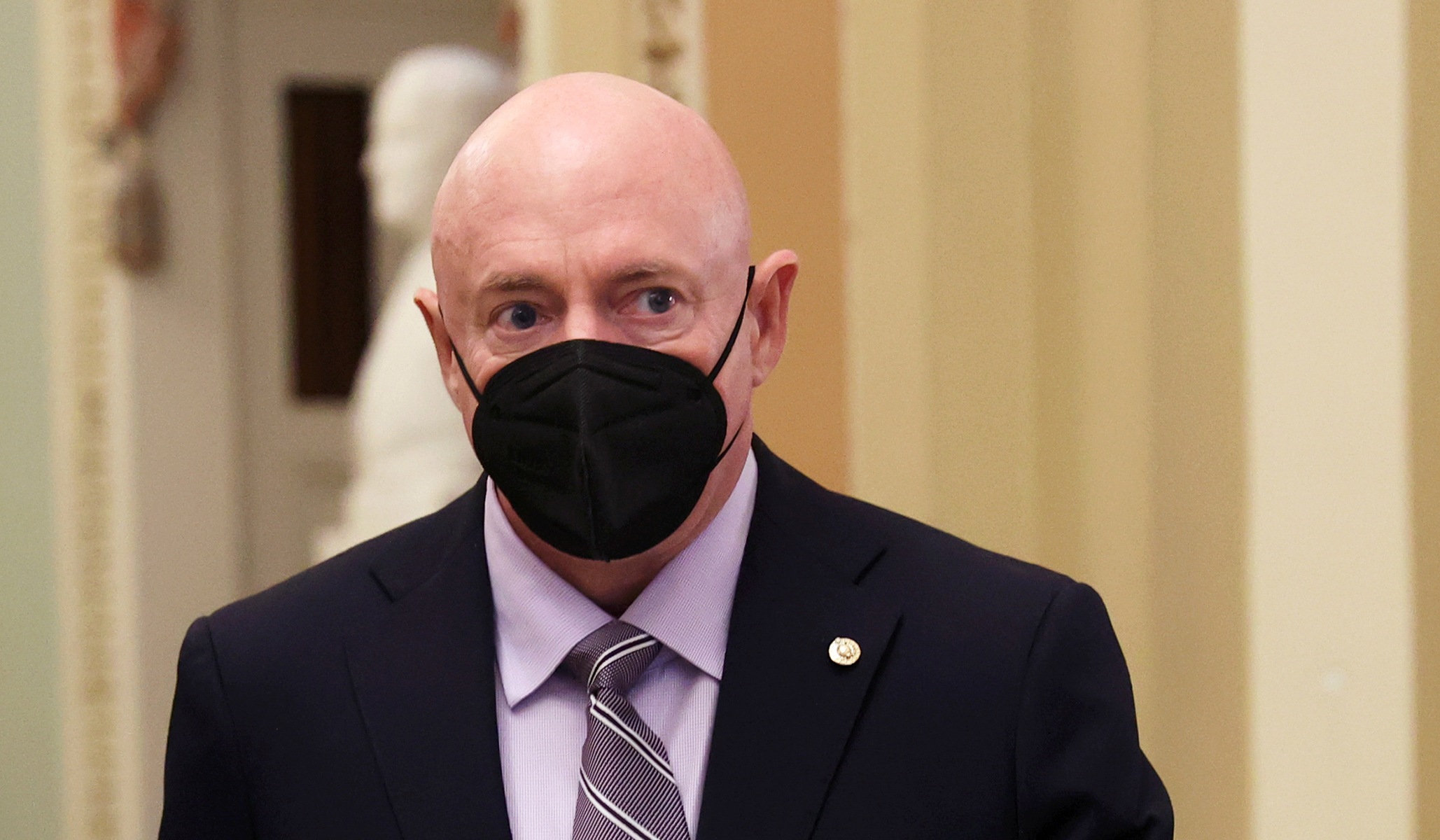 Kelly defeated Republican Martha McSally by 2.4 points in a state that Biden carried by only 0.3 points. He has kept his head down and has served as a generic Democrat during his first year in the Senate, and voters appear to be souring on him.

According to a new poll by OH Predictive Insights, “the freshman Democratic Senator’s favorable numbers are underwater by seven percentage points – he is viewed favorably by 41% of Arizona voters, and unfavorably by 48%.”

In September, the same pollster found that Kelly had “overall net positive favorability rating of +4%. Forty-seven percent of voters hold a favorable view of the freshman Senator, while 43% view him unfavorably.”

The new poll shows Kelly polling 40 percent to 39 percent when matched up against a generic Republican.

In the GOP primary, meanwhile, “Attorney General Mark Brnovich continues to lead the pack with 27% of Arizona Republicans’ vote, followed by Major General Michael McGuire’s 12%. Businessman Blake Masters pulls in 9%, and the rest of the field is registering at 5% or lower. Forty-six percent are undecided.”