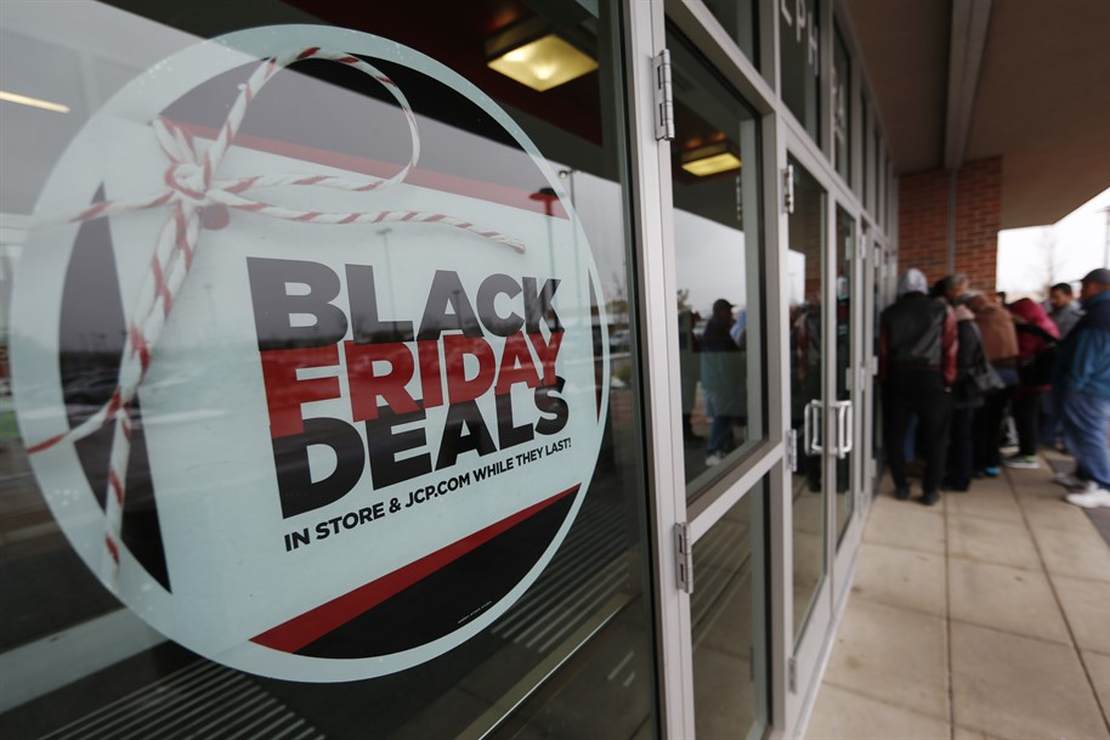 Practically everything is racist now, from fireworks to trees to criticizing Kamala Harris, so it is no surprise that there are some people in systemically racist Amerikkka who think it is outrageous and offensive to have a day called “Black Friday.” It’s just a day for discount shopping, but after decades of hard-Left indoctrination in the public schools and universities, for some people it is far more sinister.

Campus Reform, which chronicles madness on our college and university campuses (yes, they must be very, very busy), asked students at the University of Florida if they were in favor of changing the name. When asked, “Will you be participating in Black Friday this year?,” one student answered in a way that all her Communist professors would applaud: “Um, no. Capitalism isn’t really my big favorite thing.” Another duly indoctrinated Marxist responded: “Probably not. I just think that it really perpetuates just this consumerism and just exploiting labor for our own personal needs and wants.” Another was a bit more attached to reality, and answered, “No. Because I’m a broke college student.”

But the name of the day was the biggest problem. “Honestly, I’m down to rename that,” said a student. “I don’t like the name Black Friday. I never really have since I was small. Whenever I would go to stores, everything would be jam-packed and I would see, like, workers, kind of, it sounds wrong, but they would lean more toward the lighter skinned people. Like, they would assist them.” Does that sound like a made-up story invented in order to fit a paradigm of racism to you as much as it does to me?

Anyway, other students agreed that this heinous racist term should be deep-sixed, although none had any enthusiasm for the idea. They’re just used to living in an environment where something new is declared offensive and off-limits on a regular basis, and so if Black Friday is the latest target, so be it. One student was ready to be an ally, saying, “Uh, I never saw it that way, but, I mean, I don’t have that lived experience, so, but if enough people think that it should be that way, then I don’t see a problem with it.” Another was ready to play along as well: “I kind of agree that the name should be changed, just because Black Friday sounds offensive.”

A note of sanity, however, came from an unlikely source: the same student who said “capitalism isn’t really my big favorite thing.” She pointed out that even if the name was racist, dropping it would be pointless and not solve anything: “Renaming it to these weird, like, clunky phrases isn’t going to help actual black people. I mean, if they change the name, they change the name, but it’s not, like, something I would, like, protest for or something.” Maybe there is hope for university students yet.

The College Reform correspondent then told the students what the name really means: “Black Friday” has nothing to do with racism. It refers to merchants being in the red, that is, operating at a loss, until the big shopping day after Thanksgiving, which put them into the black. It refers to the days when accountants marked income in black ink and expenses in red ink in ledgers. Upon hearing this, one student said sensibly: “No. I think nobody should overanalyze it. Like, if it’s not about skin color, then I don’t see that there’s a problem.”

Related: You’re Not Going to Believe Why a Wisconsin School Spent $50K To Move a Rock

Right. The problem today is that the Left is trying to make virtually everything about skin color, such that even a common term for a heavy shopping day can plausibly be called racist, and no one stops and says, “Wait a minute. The very idea of that is absurd.” No one asked the College Reform reporter why she was asking about such a trivial matter, or challenged her about making something that was obviously not about race be about race.

Students have been conditioned now: all sorts of things that nobody ever thought were racist (like those fireworks and trees, and criticism of politicians of color) are suddenly evidence of the “systemic racism” that the Left claims is everywhere. In the absence of significant evidence of actual racism, racist hatemongers and victimhood propagandists on the Left have to go hunting for it. College students, the lab rats of our great contemporary social experiment, know better than to contradict someone who is saying that something, anything, is racist, no matter how crazy the claim is, because they know that to do so will get them branded racist as well. We will know we have turned the corner back to societal health when Campus Reform sends a correspondent to a college or university to ask about the latest racist hysteria, and is laughed off the campus.

Reid LOSES IT Over SCOTUS Striking Down Biden Vaccine Mandate
If Biden Backtracked Any Faster from Tuesday’s Speech, He’d Be Moonwalking
How the Covid Mania Has Damaged the Culture of Liberty
A Surprising Circuit Court Vacancy
Democrats Don’t Care About ‘Our Democracy’—They Care About Winning