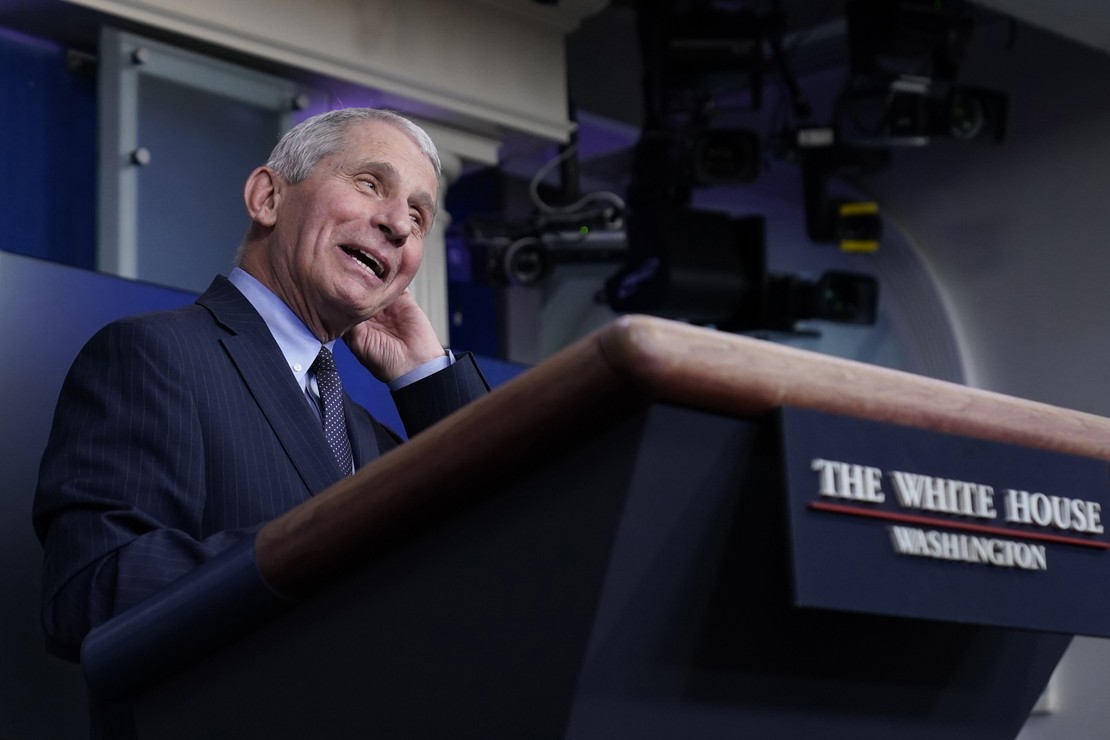 That Biden was once a strong opponent of travel bans.

When the ban was announced, Biden decried it as xenophobic. “In moments like this, this is where the credibility of a president is most needed, as he explains what we should and should not do,” he said. “This is no time for Donald Trump’s record of hysteria and xenophobia, hysterical xenophobia, to uh, and fearmongering.”

Despite widespread condemnation early on, eventually, experts agreed that the travel ban had saved thousands of American lives. Dr. Fauci also credited Trump’s travel ban from China for preventing the United States from being overwhelmed by COVID in the early months as Italy was. Joe Biden eventually flip-flopped and supported the travel ban, too.

Fauci appears to have flip-flopped too. Hours before Joe Biden announced a racist travel ban from Africa in the hopes of staving off the spread of the omicron variant of COVID, his chief medical advisor, Anthony Fauci, expressed opposition to the travel ban, claiming we don’t have enough information on it yet.

“Obviously as soon as we find out more information we’ll make a decision as quickly as we possibly can,” Fauci said. “You always put these things on the table, but you don’t want to say you’re going to do it until you have some scientific reason to do it. That’s the reason why we’re rushing now to get that scientific data to try and make an informed decision about something like that.”

Fauci’s position is bizarre, considering he was quick to defend the pause of the Johnson & Johnson vaccine earlier this year, despite a less than a one-in-a-million risk of severe blood clots.

Fauci argued that “you want to find out if in fact [the variant] does evade the vaccines” before implementing a ban.

Despite Fauci’s apparent opposition to the travel ban, Biden later announced he was ordering it.

“This morning I was briefed by my chief medical advisor, Dr. Tony Fauci, and the members of our COVID response team, about the Omicron variant, which is spreading through Southern Africa,” Biden said. “As a precautionary measure until we have more information, I am ordering additional air travel restrictions from South Africa and seven other countries.”

However, the ban hasn’t taken effect yet. It will be implemented on Monday, and even that seems strange.

“Why not an immediate ban?” Biden was asked on Friday. “It’s going into effect on Monday, but why not do it now, like other countries have done?”

“Well, because that was the recommendation coming from my medical team,” Biden explained. If travel bans work (and are not racist like they were under Trump), why wait three days to implement this one?

Travel bans may not stop the spread of COVID, but they can slow down the spread, giving us time to study it and better understand how it works, determine the efficacy of the vaccines against it, and assess its fatality rate. The delta variant, for example, was more infectious than the original strain of COVID but less deadly. The Johnson & Johnson vaccine pause was done “out of an abundance of caution,” so why not implement the travel ban immediately “out of an abundance of caution” as well?

Fauci’s flip-flops on COVID are nothing new, and they give us plenty of reason to question whether science or politics is influencing the decision-making process of the so-called experts.