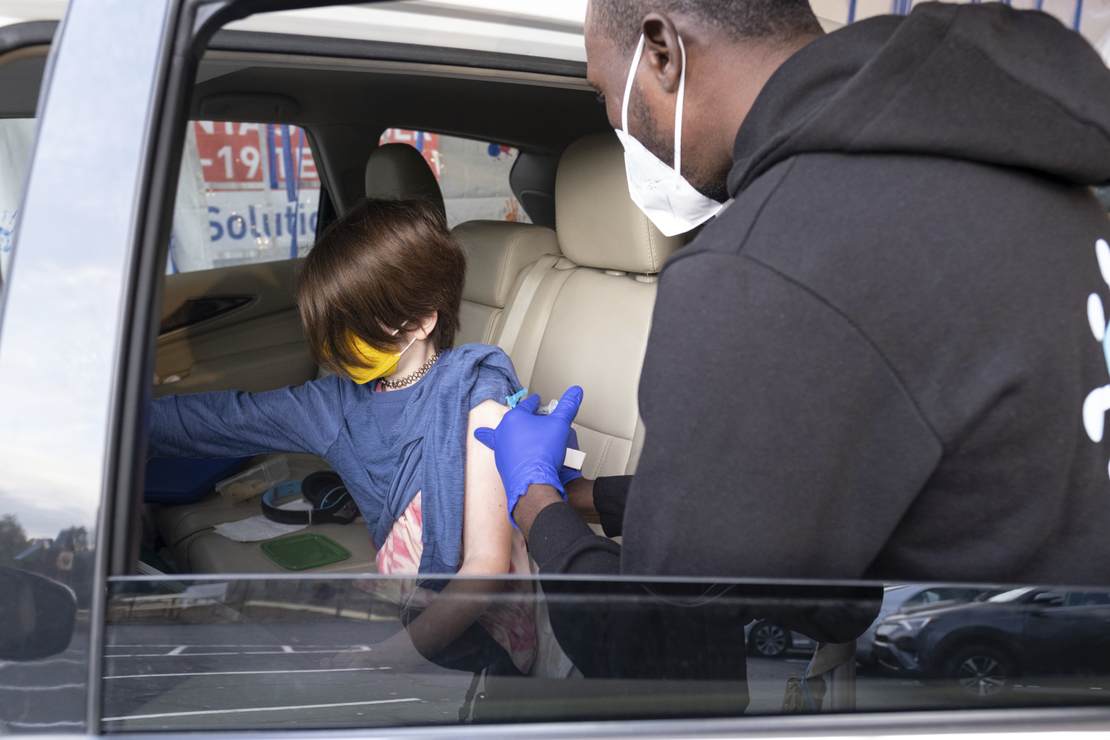 While our political leaders embarrass themselves with travel restrictions and the media melts down over the new COVID-19 variant, leaders in Botswana would like your attention. The four cases of the latest scariant are all asymptomatic and detected incidentally. Authorities only tested individuals because they were scheduled for air travel. Likewise, South Africa is seeing an increase in cases but not hospitalizations.

It would not be shocking to find out that Omicron has mutated to become more transmissible and less virulent. Many researchers have predicted this could be the path of the virus as it becomes endemic. Mass vaccination for an illness that causes fatigue and a slight cough for a few days seems a bit over the top if the current assessment holds. Still, the coverage appears to breathlessly hope that the new variant is still dangerous to the elderly to justify their authoritarian biosecurity state.

Scaring you into compliance is much easier for the global ruling class than answering what could undoubtedly be some tough questions regarding the mass vaccination program. Several studies related to the COVID-19 vaccines stuck in preprint status would garner media attention if published in a peer-reviewed journal. The ones in preprint are doctors trying desperately to share their findings, which often counter the mass vaccination narrative. Dr. Ryan Cole has cited several in recent interviews.

A preprint from Germany shows that COVID mRNA vaccines may affect both of the body’s immune responses. They affect our adaptive immune response, which is the one mounted against a specific pathogen. When exposed to the spike protein, the hope is that the body develops specific immune responses to fight the same or similar pathogens in the future.

The immune cells listed are referred to as toll receptors. TLR4 is the first line of defense against infection, especially bacterial infections and tissue injury, including some cancers. It is part of the early inflammatory response, which generally serves a protective role. TLR7 recognizes single-stranded RNA, an essential defense against viral infection, and TLR8 responds to viral and bacterial infections. The study also notes that TLR3, which has antitumor and antiviral functions, is downregulated post-vaccination.

According to Cole, CEO of Cole Diagnostics, a clinical laboratory firm In Idaho, these findings could explain the pattern of results in his practice since the beginning of 2021. He reports increasing cases of mononucleosis, herpes simplex viruses, and shingles. In evaluating pap smears, Cole sees a noticeable uptick in human papillomavirus (HPV) cases. His labs experienced a 20-fold increase in endometrial cancers and an increasing number of thick melanomas.

While the German study is not definitive, Cole asserts that it is a signal that requires long-term studies. Neither the vaccine makers nor the health agencies are currently investigating these signals. A journal publication and media coverage might encourage Americans to demand more information, but that is not likely to happen—any more than you will see corporate media stories about excess mortality.

Related: Merck’s Miracle COVID-19 Pill Not As Miraculous As Claimed

Reports are surfacing that excess deaths from all causes are higher in 2021 than in 2020. The National Center for Health Statistics provisional death counts show a doubling in the percentage of excess deaths in Americans under 25 and those 25 to 64. COVID-19 deaths do not explain these changes.

Again, widespread reporting of these anomalies would create questions for people like Dr. Anthony Fauci and Dr. Rochelle Walensky. A recent abstract in Circulation could offer insight. It talks about changes in PULS Cardiac Test results among subjects in a longitudinal study. The PULS test is a clinically validated measurement of the five-year risk of a new Acute Cardiac Syndrome (ACS). ACS is an illness that reduces blood flow to the heart, such as heart attacks, embolisms, and coronary artery disease. According to the author, the results show that in patients aged 28 to 97 the five-year risk of ACS more than doubled post-vaccination:

These changes resulted in an increase of the PULS score from 11% 5 yr ACS risk to 25% 5 yr ACS risk. At the time of this report, these changes persist for at least 2.5 months post second dose of vac. We conclude that the mRNA vacs dramatically increase inflammation on the endothelium and T cell infiltration of cardiac muscle and may account for the observations of increased thrombosis, cardiomyopathy, and other vascular events following vaccination.

In a recent interview, Dr. Aseem Malhotra, a consulting cardiologist for Britain’s National Health Service (NHS), commented on the abstract. He shared that a whistleblower contacted him and said that researchers in the UK reported similar findings to the abstract. He also noted 10,000 non-COVID excess deaths in the UK since July. Malhorta asserted:

“I think the [cardiac] signal is quite strong. I personally think this needs investigating. So I think the Joint Committee of Vaccines and Immunizations should absolutely investigate this. I think that the researchers, I really hope they take a look in the mirror and realize, the ones where the whistleblower comes from, they realize they should publish this stuff because their duty is primarily to patients. Not the interests of the drug industry.”

“And I think the third thing, and this discussion has been ongoing. I think it’s high time policy makers around the world put an end to the [vaccine] mandates. Because I think if this signal is strong, and if it’s correct, then history will not be on their side and the public will not forgive them for it.”

So, while alarming numbers of elite soccer players drop dead suddenly throughout Europe, papers remain in preprint, and findings go unpublished, the questions will remain on the fringe of the internet labeled as “misinformation” by the tech overlords. The corporate media in the West will report on the cases and transmissibility of Omicron while ignoring the lack of virulence and incidence of severe illness and death.

TV doctors and health bureaucrats will urge Americans to vaccinate their five-year-olds, and Moderna will continue to test COVID-19 jabs in infants who rarely become ill. Many will dutifully line up for their booster due to the misleading coverage. One can only wonder how many excess deaths under age 65 need to occur before the global establishment elites get questioned. While history may judge them harshly, it would be far better if a curious media pushed them for answers and action now.