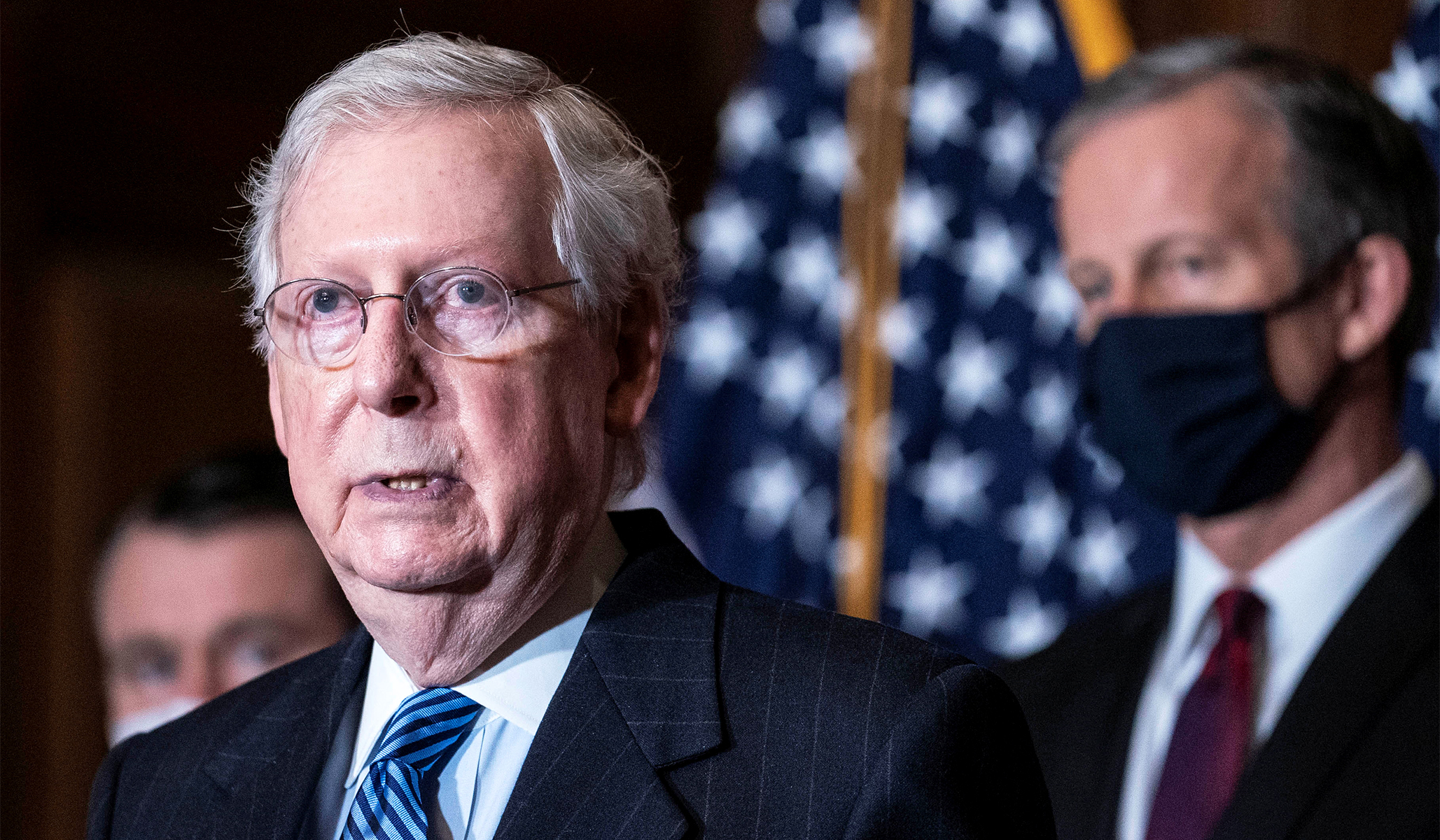 Progressive pundits were mostly in favor of reforming the Electoral Count Act when they thought it was a club that Democrats could use to bludgeon recalcitrant Republicans while tying them to January 6. Now that Mitch McConnell and John Thune have expressed openness to ECA reform while Chuck Schumer, Joe Biden, and Kamala Harris are fleeing from it, there is suddenly a movement to get their punditry in line with where their party is. In that spirit we receive Hayes Brown at MSNBC, in a column titled “Mitch McConnell’s Electoral Count Act offer is a poison pill for voting rights.” ECA reform would, Brown allows, be “important to prevent another round of the chaos that former President Donald Trump inspired last year.” But never mind what’s good policy — now that McConnell is interested in the issue, Brown warns that “McConnell knows better than anyone that reforming the Electoral Count Act absent ‘all the other things’ Democrats want in terms of voting rights” — which McConnell opposes — “would be a new coat of paint on a house that’s about to collapse.” Note that McConnell has not demanded that Democrats drop their other proposals; he doesn’t have to, because they are not going to pass, anyway. Brown is warning Democrats against taking any action on the ECA simply because it would expose the fact that the rest of the party’s voting and election agenda has nothing to do with January 6 (which they invoke endlessly on this topic), and because it might seduce some Democrats into breaking with lockstep support of their party:

Why, then, is McConnell showing his willingness to take up reforms to the Electoral Count Act? Because he knows that offering the chance for a bipartisan win is tempting to many moderate Democrats. A stand-alone bill on the Electoral Count Act could sap the unified Democratic support for the Freedom to Vote Act. Moreover, that kind of bipartisan cooperation would also likely undercut any momentum toward reforming the filibuster to carve out an exception for voting rights, leaving red states free to make the ballot box as inaccessible as possible.

McConnell isn’t likely to budge anytime soon. And he knows that all he needs is one — one Democrat to remain willing to put his promise of “bipartisanship” ahead of voting rights. It’s up to Schumer to make sure that nobody breaks ranks in the name of a short-term victory.

Of course, Brown’s is a pipe dream; Joe Manchin and Kyrsten Sinema are already opposed to dismantling the filibuster to pass party-line bills dramatically overhauling voting and election law nationwide and radically reorienting the balance of federal and state power in this area. But with the Biden White House pushing that doomed agenda, progressive pundits feel it necessary to get in line rather than support bipartisan legislation to actually prevent a repeat of last January 6.