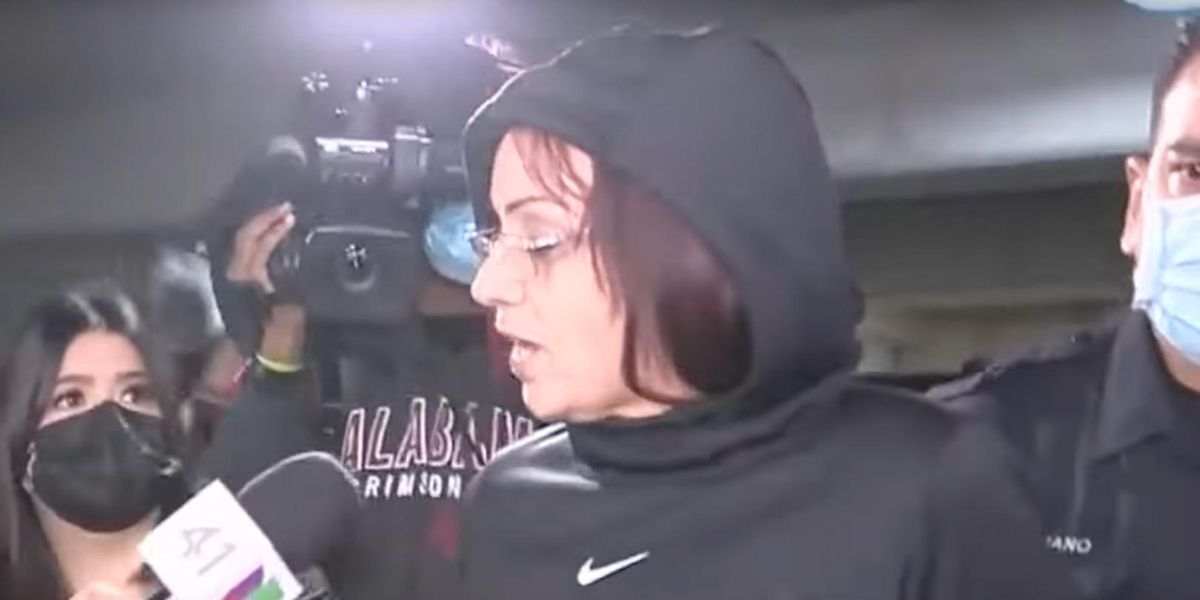 According to a report from KSAT-TV, police arrested 37-year-old Priscilla Ann Salias on Tuesday and charged her with two counts of endangering a child after receiving a tip that there were two filthy, injured children being held in a room in her home.

On Sunday, officials forced their way into a room at her home and reportedly discovered the children — a 2-year-old boy and a 1-year-old girl — inside the room.

The female toddler, according to an arrest affidavit, had her wrists and ankles bound and tied together. The unnamed child had “visible injuries,” including a blackened eye and a bloodied lip.

The male toddler was trapped inside a playpen that was covered with a changing table and baby carrier.

Both children were “heavily soiled” and crying when first responders burst into the room.

Salias reportedly had temporary custody of the children — who belonged to her stepdaughter — as the children’s biological parents were under investigation by child protective services.

She has not posted bail at the time of this reporting and has denied all charges.

“What she did to these children is unforgivable,” San Antonio Police Chief William McManus said on Salias’ arrest.

The children are now in the custody of child services.

According to the
Daily Mail, Salias said the the charges are “bulls**t” and that reporters need to “get their facts straight.”

She did not elaborate, however, how the children ended up in such disturbing conditions.

Salias’ father, Bill, said that he can’t imagine his daughter as being responsible for abusing the children.

“The kids she’s taken into her home out of the kindness of her heart is because that’s the kind of person she is,” he said. “Now this sensationalized version that’s being portrayed on her is totally inaccurate.”

The outlet reported that the children’s biological mother, identified only by her first name Isabella, said that she just wants her children to “come home already.”


Affidavit: Woman left one toddler tied up with black eye and bloody lip; other toddler trapped i…