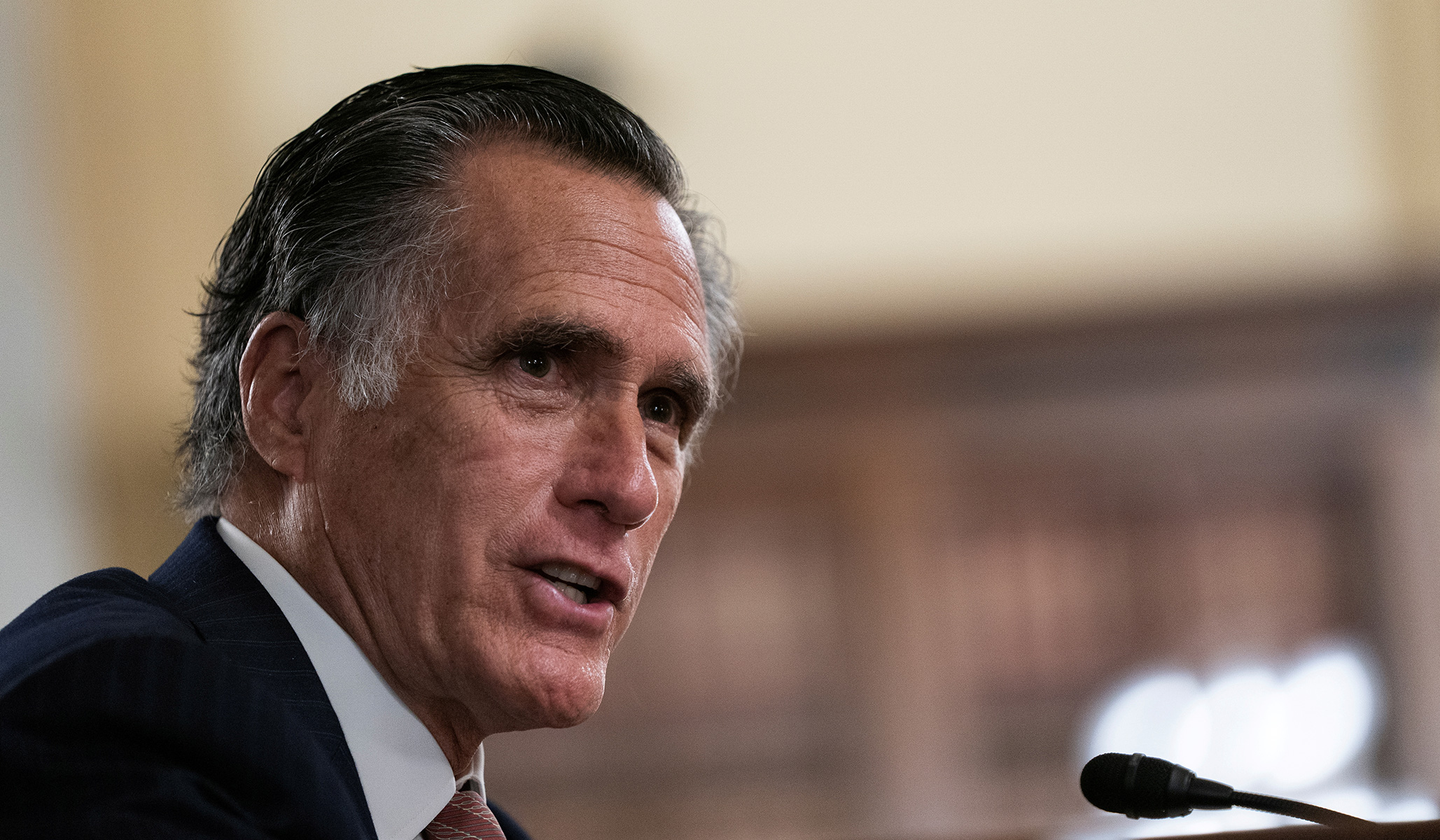 Utah GOP senator Mitt Romney said on the Senate floor Tuesday night that he had decided to forgo prepared remarks in order to respond to the fact that Biden said “quite a number of things that simply weren’t true” in his speech on voting and the filibuster Tuesday.

Romney noted that Biden “accused a number of my good and principled colleagues in the Senate of having sinister, even racist inclinations. He charged that voting against his bill allies us with Bull Connor, George Wallace, and Jefferson Davis. So much for unifying the country and working across the aisle.”

Eliminating the filibuster—the 60-vote threshold—makes little sense when Democrats’ legislative priorities can’t even get 50 votes. Efforts to abolish the filibuster seem like a solution in search of a problem—and one Democrats may soon regret very much. pic.twitter.com/6OzyQamj6u

Here is an excerpt of Romney’s defense of the filibuster:

Abandoning the principle of minority empowerment would fundamentally change a distinct and essential role of the United States Senate. But today’s Democrats, now with the barest of majorities in a 50-50 Senate, conveniently ignore their own impassioned defense of the filibuster when they were in the minority.

Let us be clear that those who claim the filibuster is racist know better. For President Obama to make this absurd charge after he himself made a vigorous and extensive defense of the filibuster just a few years ago, is both jarring and deeply disappointing. After all, I don’t recall a single claim from Democrats that employing the filibuster hundreds of times over the years when they were in the minority, was in any way racist.

Over the course of my life, I have found that when presented with a matter of personal advantage that would require abandoning principles, the human mind goes to work overtime to rationalize taking that advantage.

Only a few months ago, some of my Senate colleagues — Democrat colleagues — rationalized that the Senate couldn’t function and therefore they had to get rid of the 60 vote rule. But then the Senate functioned quite well when it passed the infrastructure bill, armed services legislation, and a bill on innovation. So a few months later, some of these colleagues argued that in order to raise the debt ceiling, the 60 vote rule has to go. Then with bipartisan cooperation the Senate raised the debt ceiling.

So now the Democrats’ latest rationalization is that their partisan new election law must be passed. But Democrats have filed these voting bills numerous times over numerous years, always without seeking Republican involvement in drafting them. Anytime legislation is crafted and sponsored exclusively by one party, it is obviously an unserious partisan effort.

The country is sharply divided right now. Despite the truth spoken by a number of good people in my party, most Republicans believe Donald Trump’s lie that the 2020 election was fraudulent, stolen by Democrats — that’s almost half the country. Can you imagine the anger that would be ignited if they see Democrats alone rewrite, with no Republican involvement whatsoever, the voting laws of the country? If you want to see division and anger, the Democrats are heading down the right road.

There is also a reasonable chance Republicans will win both houses in Congress, and that Donald Trump himself could once again be elected president in 2024. Have Democrats thought what it would mean for them — for the Democrat minority — to have no power whatsoever?

And finally, Mr. President, I offer this thought: How absurd is it to claim that to save a democracy, a party that represents barely half the country must trample on the rules of our democracy’s senior institution.