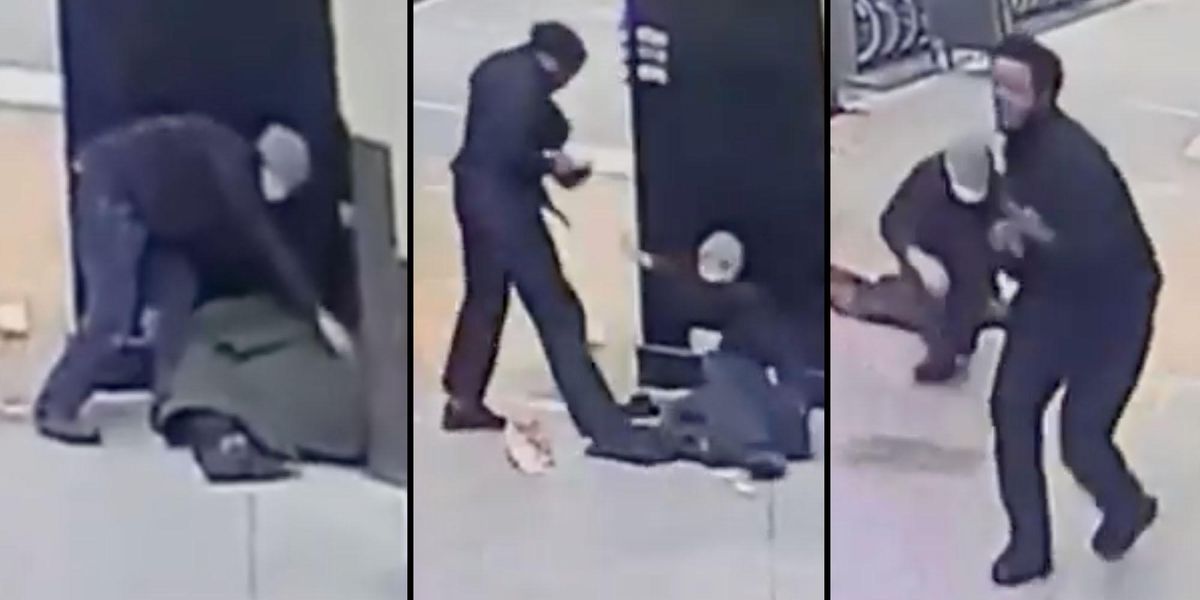 A good Samaritan trying to give his coat to a homeless man received thanks in the form of an assault and mugging, and it was all caught on video.

The video obtained by the New York Post shows the 59-year-old man slowly approach a homeless person and try to place his coat on top of him as he appears to sleep on the sidewalk.

Rather than being thankful, the homeless man awakens and immediately shoves the man to the ground.

After the victim falls down, the homeless man grabs his wallet from his pocket and tries to walk away.

The victim tries to grab his wallet back but the homeless man punches him and throws him to the ground again.

Sources told the Post that the man ran away but was apprehended by police very soon after, who reportedly found $1,500 stuffed into the man’s pants.

The Post reported that sources said the homeless man was Xavier Israel, 25, and that he was charged with assault, robbery, and grand larceny.

Israel was also allegedly involved in other attacks, according to the sources.

The homeless crisis has worsened in recent years in many large cities, but New York City has been hit especially hard. On Thursday, New York Gov. Hochul said that as many as 4,000 New Yorkers sleep on the streets and in the subways on a nightly basis.

“This truly is a humanitarian crisis,” she added. “Our ultimate goal is to make sure that every New Yorker has a roof over their head and that they are safe.”

Hochul said that their new plan to tackle homelessness involves deploying “hundreds” or more police officers in to the system, as well as employing social workers and medical professionals to usher homeless people into shelters.

Here’s the video of the alarming assault:

Conditions “worse” than Arab Spring coming to a city near you, warns UN food head amid worsening inflation
Progressives blast Bill Maher as ‘transphobic’ for saying it’s ‘trendy’ to be LGBTQ, declaring children transitioning to transgender is not science-based
Is it Crazy That Some Want to Stop Treating the Mentally Ill Altogether?
Horowitz: What is wrong with New Hampshire Governor Sununu?
Mysterious outbreak of child hepatitis claims another life; CDC remains unclear on cause