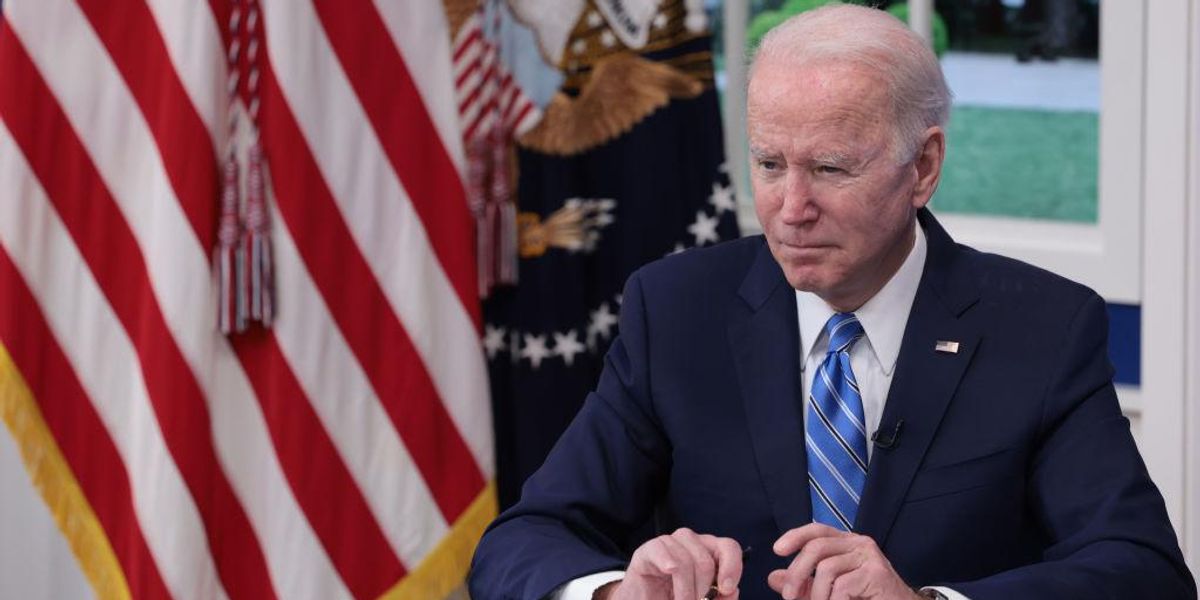 The U.S. Bureau of Labor Statistics announced on Wednesday that the consumer price index rose by an alarming 7% over a one-year period — the largest 12-month increase in nearly 40 years. A poll that was released last month found that inflation was the top concern of Americans. A new CBS News/YouGov poll released on Sunday shows that 70% of Americans disapprove of President Joe Biden’s handling of inflation, and 65% say he hasn’t paid enough attention to U.S. inflation.

When the Biden administration has been pressed about inflation in the past, he has deflected and blamed others — especially corporations.

In November, Biden said there was “mounting evidence” that higher oil and gas prices may have been caused by “anti-consumer behavior by oil and gas companies.” He then called on the Federal Trade Commission to launch an investigation into energy companies.

“Corporate greed is a bad theory of inflation,” said Furman, who is now a Harvard University professor. “I think almost everything other than the Federal Reserve is a sideshow when it comes to the dynamics of inflation.”

“The main reason prices go up is companies are trying to make as much as they can, they just can’t make enough to satisfy everything that people want,” Furman continued. “When that happens, prices go up. If they didn’t go up, we’d have worse shortages right now.”

Another former Obama economic advisor cautioned against Biden blaming corporate greed for inflation, and went so far as to say that continuing to do so puts the U.S. at risk of a recession.

Lawrence Summers — who served as the Secretary of the Treasury under former President Bill Clinton and was the Director of the National Economic Council under Obama — warned the Biden administration, “Misdiagnosis of the problem around greed or around particular sectors raises the risk that ultimate recession will be necessary.”

“Every time a Washington policymaker suggests that this is caused by corporate greed or some such, they are delaying the date at which we will achieve the credibility necessary to bring down inflation with stable employment,” Summers said on Bloomberg Television’s “Wall Street Week.”

“I think the data flow is saying what I’ve thought for quite some time that, yes, there are transitory elements in inflation, and very likely they will recede, but we are basically moving towards higher entrenched inflation,” noted Summers, who is now a Harvard University professor. “It’s there in expectations, it’s there in wages, it’s there in labor shortages, it’s there in the pervasive pattern across many different prices.”

“We have a massive, overheated labor market,” Summers explained “We have the highest ratio of vacancies to unemployment in the country’s history, by a large margin. We have shortages of labor, in everything from psychotherapy, to McDonalds, in everything from investment analysts to gardeners, that suggests a surfeit of purchasing power and demand relative to the capacity of the economy to produce and unless we bring those things into balance, we’re going to have not just higher inflation, but possibly even accelerating inflation. And we need to recognize that we have an overheated economy that we are going to need to cool off.”

Late Nights Hosts Defend Beto, Blame GOP, SCOTUS For Shootings
WHO corruption is one of the biggest threats to public health – and its power may be about to expand like never before
Mysterious outbreak of child hepatitis claims another life; CDC remains unclear on cause
CNN’s Alisyn Camerota wins leftist cheers for grilling GOP lawmaker on why Texas can ‘protect the unborn embryo’ but not ‘living, breathing 10-year-olds’
Florida IG report says Rebekah Jones’ accusations against Gov. DeSantis on COVID-19 response are completely baseless