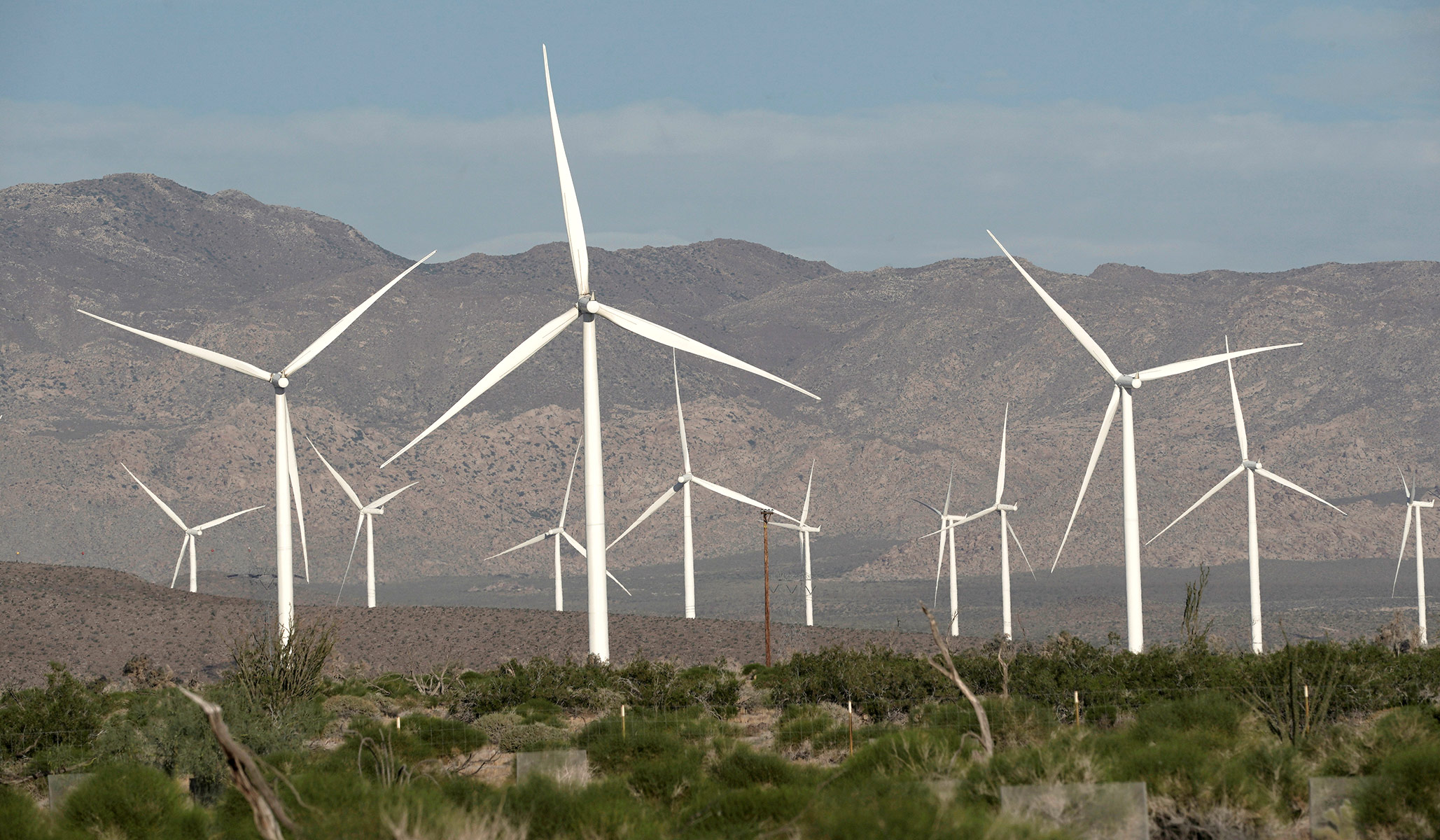 One of mankind’s great achievements has been the way that, across an ever-increasing part of the planet, we have reached a level of technological sophistication that has meant that we can go about our business without, extreme events aside, having to worry too much about what the weather is doing.

One of the countless ironies running through current climate policies is that that progress may be about to go into reverse, not because of climate change, but because of policies designed to combat it, and, more specifically, what looks more and more like a premature dash into wind energy. One of the triggers of the prolonged energy-price squeeze in the U.K. was the failure of winds over the North Sea to do what was expected of them in the late summer/early fall. I wrote a bit about this in mid September, and here’s Joe Wallace in the Wall Street Journal, on September 13:

Natural gas and electricity markets were already surging in Europe when a fresh catalyst emerged: The wind in the stormy North Sea stopped blowing.

The sudden slowdown in wind-driven electricity production off the coast of the U.K. in recent weeks whipsawed through regional energy markets. Gas and coal-fired electricity plants were called in to make up the shortfall from wind.

Natural-gas prices, already boosted by the pandemic recovery and a lack of fuel in storage caverns and tanks, hit all-time highs. Thermal coal, long shunned for its carbon emissions, has emerged from a long price slump as utilities are forced to turn on backup power sources.

The episode underscored the precarious state the region’s energy markets face heading into the long European winter. The electricity price shock was most acute in the U.K., which has leaned on wind farms to eradicate net carbon emissions by 2050. Prices for carbon credits, which electricity producers need to burn fossil fuels, are at records, too.

Perhaps “leaning on wind farms” to the extent that the U.K.’s ruling establishment (this is more than a matter of Tory incompetence, although the Conservative Party deserves a great deal of the blame) has decided to do was not the wisest course of action, particularly when combined with — and even more of the blame rests with the Tories for this — moving to a more or less just-in-time supply arrangement for gas.

But that failure by the wind to do what it should was a rarity, a one-off, right?

Now may be a moment to be start thinking of that Anakin/Padme meme.

The Daily Telegraph today (scroll down a bit):

Power prices have surged to their highest level in a month as an extreme lull in wind threatens to hit supply.

Prices for Monday evening jumped to £1,161 a megawatt-hour – the highest since December 16. At the same time, wind output is set to slide below 1.5 gigawatts, compared to a 10-day average of 6.3 gigawatts.

The surge in prices highlights the pressure on the UK power market as ageing nuclear reactors are shut down and aren’t immediately replaced.

PARIS, Jan 17 (Reuters) – The German spot price jumped on Monday as wind supply was predicted to fall sharply on Tuesday.

Broker Marex said in a short-term comment that power supply would be lower than expected this week.

Spot prices can fluctuate wildly (that’s the nature of the beast), but even so, given the importance of Russian gas supplies to Germany and the situation with regard to Ukraine, the timing is . . . not ideal.

German position that it will not supply defensive weapons to Ukraine is ‘unchanged’, foreign minister @ABaerbock  said at the press conference with the Ukrainian FM @DmytroKulebain Kyiv. ‘Our restrictive position to weapons supply is well-known and is rooted in history’, she said.

Germany’s weapons exports reached a record level this year, thanks to the last-minute approval of deals worth nearly €5 billion ($5.6 billion) by then-Chancellor Angela Merkel’s administration. The data, from the Economy Ministry, was requested by a lawmaker with the socialist Left party, and published by DPA news agency on Saturday.

The figures reveal that the agreements were signed off during Merkel’s last nine days in power.

The last-minute deals brought Germany’s total weapons exports to a record €9.04 billion for the whole of 2021, according to the ministry.

Egypt is the main recipient of German arms, despite criticism over its human rights violations and involvement in conflicts in Yemen and Libya.

Under the last-minute agreements, Thyssenkrupp Marine Systems will deliver three warships to Egypt and a submarine to Singapore, while Diehl Defence will deliver 16 air defense systems to Egypt.

Details of the deals were released just a day before Olaf Scholz was elected chancellor earlier this month, although the exports’ value was not known at the time.

The last-minute deals were approved despite the fact that the government was only acting in an executive capacity, when major decisions are usually avoided.

Scholz  [Germany’s new chancellor, Olaf Scholz] was Vice-Chancellor and Finance Minister in Merkel’s grand coalition between the conservative bloc and the center-left Social Democrats (SPD) and would have been privy to the deals.

The Truth About the $40 Billion in US Aid Ostensibly Being spent to arm Ukraine
Joe Biden signs bills authorizing $40 billion in aid to Ukraine and to increase access to baby formula while in Asia
Shield Your Eyes: Disney Announces 2022 Gay Pride Collection
‘Insanity’: Witness at congressional hearing indicates that she believes men can get pregnant and have abortions
Why Is Jill Biden Going on Diplomatic Missions Again?