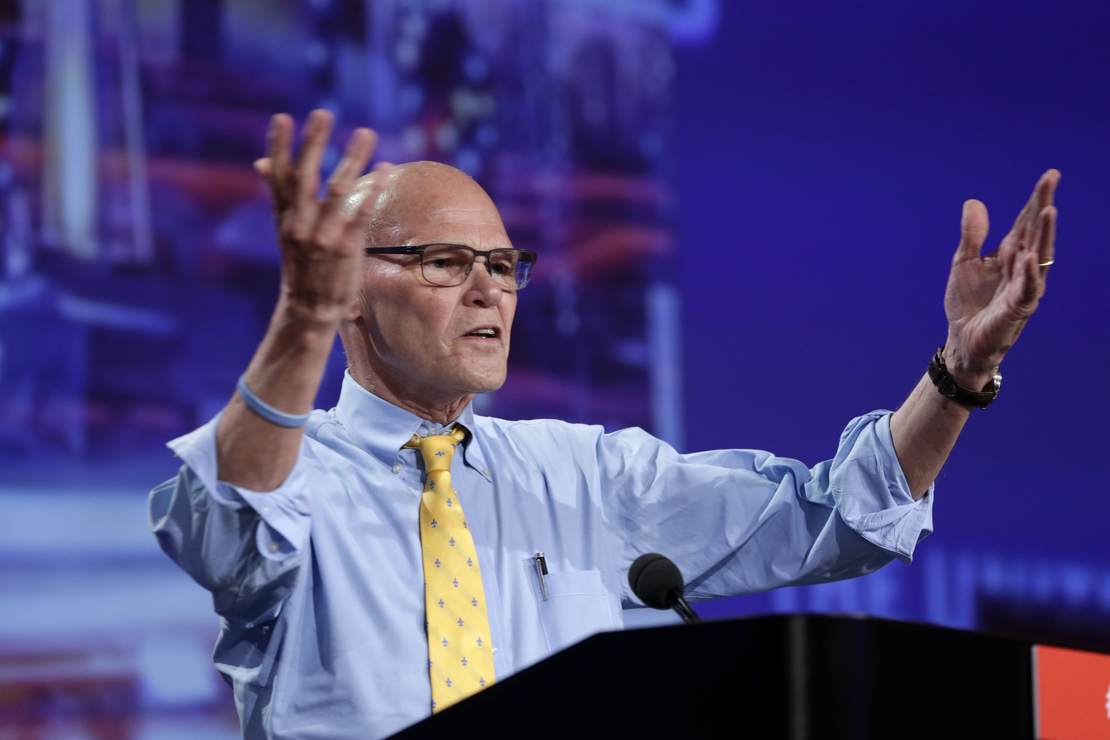 “Quit being a whiny party” is Democrat consultant James Carville’s advice to his own people, just before telling Meet the Press host Chuck Todd on Sunday that tigers should change their stripes and that VodkaPundit can quit drinking any time he wants to.

I’m kidding about those last two items. Carville, however, was serious — or at least he thought he was — about whiny Democrats.

Let me explain why Carville was wrong. Yet again.

Asked by Todd what Presidentish Joe Biden could do to lift the spirits of Democrats upset that his agenda has been stymied by Congress and in the courts, Carville took the interview off into fantasyland.

Carville told Democrats to stop being “whiny” and instead touted Biden’s “accomplishments” on child poverty and growing wages for American workers:

Those are real accomplishments, and it’s something that you can run on. And, again, you don’t talk about what you didn’t get. That’s what these – Democrats whine too much, Chuck. Just quit being a whiny party and get out there and fight and tell people what you did, and tell people the exact truth.

No, Jimmy, it isn’t pretty good. It isn’t good at all.

Whatever imaginary statistic Carville might have cherry-picked about child poverty, the truth is that these days, the kids aren’t all right.

Also for our VIPs: Tulsi, Not Hillary, Is Biden’s Real Primary Threat in 2024

“Socially-Induced Gender Confusion” might be a term I just made up, but it’s certainly real. Wokesters — not a one of them a conservative or a Republican, I’d wager — have unprecedented numbers of teens (and even pre-teens) claiming some kind of gender dysphoria. The accelerating problem is particularly acute among impressionable young girls, and it’s the Democrats accusing the rest of us of various phobias for daring to speak out about it.

If there’s a glimmer of hope for our kids, it’s that parents have finally taken notice of the CRT poison they’re being fed — and are taking action. It sure as hell isn’t CRT-promoting Republicans getting voted off of school boards.

The truth is, no matter what wage data Carville might have cherry-picked, the rich have gotten richer and the rest of us have gotten poorer.

Wages were up significantly last year, but so was inflation. While wages appeared to grow an impressive 4.5% or so in 2021, inflation grew even faster. When everything is taken into account, Americans’ take-home pay shrunk last year by 2.4%.

Worse, the economy still hasn’t recovered all the jobs lost from the COVID shutdowns. There are nearly four million Americans who had jobs in February 2020 who still aren’t working again today. Their wages are zero with a growth rate of negative 100%.

You gonna tell your candidates to run on that, Jimmy?