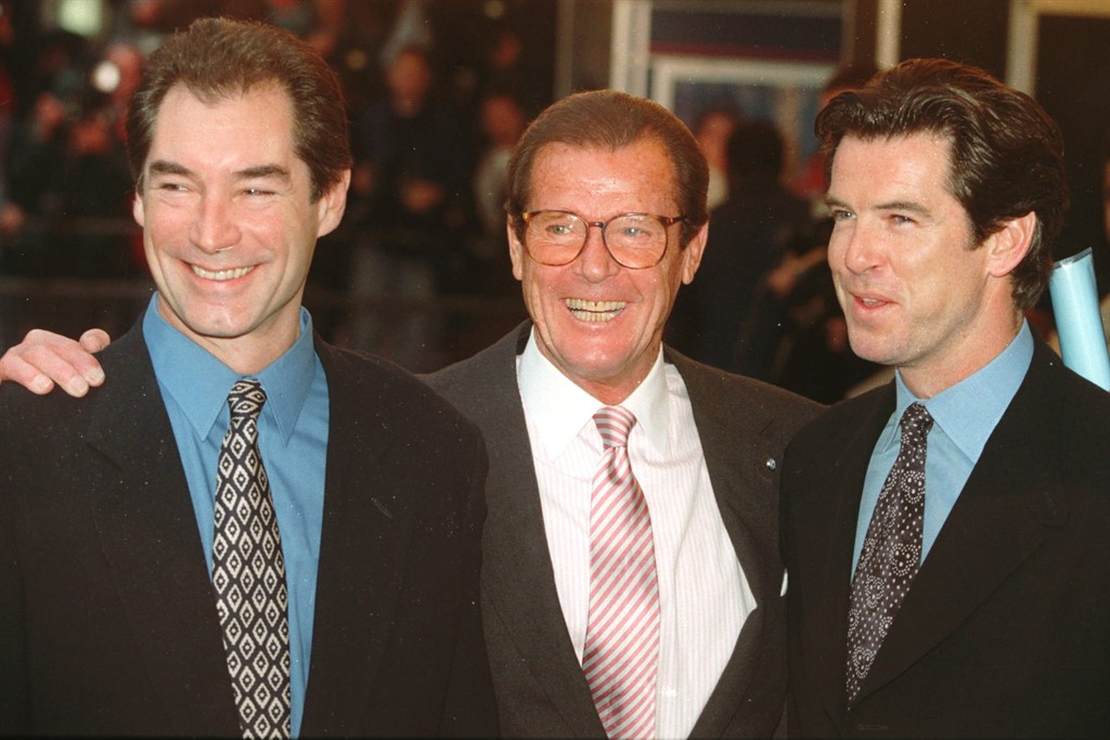 What’s not to love about a good James Bond movie? Manly men, womanly women, car chases, ‘splosions, and saving the world — or at least the girl (usually) — from megalomaniacs or Cold War enemies.

What a Bond movie lacks in realism is more than made up for with popcorn thrills, from the sexy opening credits to the impossible escapes to Bond bedding that last Bond Girl in the closing scene.

I’ve been a James Bond fan basically all my life, spending my formative years in the ’70s and early ’80s watching a combination of new Roger Moore movies on the big screen and older Sean Connery flicks in reruns on TV.

I was so young when I started watching them that it took me a while to realize there were two different — so very different — actors playing the iconic character.

Also for our VIPs: James Carville to Dems: Stop Being So ‘Whiny’

The Bond movie franchise turns a respectable 60 years old in 2022, and with the …special… nature of the new No Time to Die — no spoilers! — I’m going to rank the Bond movies from best to worst in a 007-part series just for our PJMedia VIP supporters.

Before we get to the movies, here in Part 001 let’s talk a bit about the six men who have introduced themselves as “Bond… James Bond” before ordering that vodka martini “shaken, not stirred.”

It’s impossible to make a fair comparison between an actor who played Bond in a movie from the early ’60s, with all the implied production and script limitations of the era, with an actor starring in a 21st Century big-budget spectacular.

It might be fairer to divide the Bonds into Cold War and post-Cold War eras.

That said: Sean Connery to me will always be The First Bond.

Connery’s Bond was a man’s man and a spy’s spy, unapologetic about killing, womanizing, drinking, gambling, or anything else he enjoyed. His Bond was witty but never jokey, cynical but never depressed, and well-groomed but never fussy. It’s difficult to get my 21st-century sons interested in slower-paced classic films that lack all the production glitz they expect, but Connery can get them to sit down and take notice every time.

There’s no improving on Connery; there’s no duplicating Connery. That’s why the other five actors have tried, with varying degrees of success, to do something different from Connery.

The first was George Lazenby… and where to start with the Bond so bad he was only in one movie?

Still, I can understand why producer Albert Broccoli took a chance on the Australian model with zero acting experience. Lazenby looked exactly the way Ian Flemming described Bond in all 14 novels. The problem was that Lazenby either didn’t get the character or wasn’t a good enough actor to portray him — but I’ll get to that in-depth when I review On Her Majesty’s Secret Service in Part 002.

To put it another way: Connery came back for one more (well…) Bond movie after Lazenby, despite pledging to “never again” play Bond after You Only Live Twice.

But everyone knows you never say “never again.”

Certainly not twice, but we’ll get to that in another installment.

Roger Moore followed, wanting to make Bond his own with a kinder, gentler take — more wit and charm than fists and guns.

Moore’s Bond knew more about each mission before M briefed him than even M did, which seemed a stretch after six films full of Connery’s disdain for mission parameters. Still, The Spy Who Loved Me director Lewis Gilbert said that Moore, with his “very English, very smooth, good sense of humor,” was closer to the Bond from Fleming’s books.

While that might have been true in some respects, the Moore movies were often too breezy, even campy. His Bond was fussy, once very firmly telling his tailor to “make sure it’s a double vent” on his new suit jacket. Moore’s Bond rarely spoke with such force to the actual villains.

If Moore never (quite) descended into buffoonery, he was often surrounded by buffoons. Think of the recurring Sheriff Pepper stereotype redneck character from Live and Let Die and The Man with the Golden Gun. Or the comic-relief version of the steel-toothed killer Jaws from Moonraker.

Moore’s take on Bond was certainly a legit take, but the movies don’t hold up as well as Connery’s, even with the bigger budgets and more modern stunts and effects.

Timothy Dalton will forever be in my mind “the Bond who could have been.”

I can’t explain why without reviewing the two movies he was in, something that will have to wait until Part 002 and Part 006. Like Lazenby, Dalton looked perfectly the part, plus he had genuine acting chops. But he got shafted by the producers, who were waiting for the next guy — you know who — to get let out of his exclusive contract with NBC.

That brings us to the Bond I’ll always be the most conflicted about: Pierce Brosnan. He didn’t possess quite enough of Connery’s raw masculinity, but he did eliminate Moore’s borderline buffoonery. Brosnan was a welcome improvement, and yet his Bond sometimes felt like a compromise version of a character that the producers hadn’t decided what to do with once the Iron Curtain had been pulled back.

Also for our VIPs: Tulsi, Not Hillary, Is Biden’s Real Primary Threat in 2024

I think that given a couple more movies (and improved scripts; two of his four movies were weak), Brosnan would be one of the world’s fondest Bonds.

Finally, there’s Daniel Craig, given the difficult job of playing James Bond set in the (nearly) real world. Even more difficult, when we’re first introduced to him in the opening of Casino Royale, he’s a newbie assassin who hasn’t quite earned his Double-0 status with two confirmed kills. Some complained because of that and a few other reasons — “Shaken or stirred?” “Does it look like I give a damn!” — that Casino Royale isn’t even a real Bond movie.

But for that reason and more, which I’ll cover throughout the rest of this series, Craig went on to define Bond for the current era just like Connery did in his era.

As a lifelong fan, I’m excited to rank all 26* Bond movies, even though I’m sure a few feathers will get ruffled.

But this isn’t meant to be the definitive take — as though such a thing were even possible — but a friendly look back at the franchise that has entertained for 60 years with equal parts thrills and wit.

*I’m including Connery’s second return in Never Say Never Again, even though it isn’t an “official” Bond movie, sanctioned by the Brocollis. And I’m leaving out the awful Bond parody, the 1967 Casino Royale, which was not only not Bond but also not funny.

CNN analyst demands Biden halt immigration enforcement in region of Texas school massacre: ‘Political issues in Texas’
Actor who played a Mighty Morphin Power Ranger indicted for fraud in connection with COVID-relief fund scheme
An empire that can’t feed its babies is an empire in COLLAPSE … America fails to do what off-grid jungle tribe villagers can do quite readily – FEED their babies
Joe Biden Says The ‘Protests’ In The Summer Of 2020 ‘Unified’ People Of Every Generation (VIDEO)
Florida IG report says Rebekah Jones’ accusations against Gov. DeSantis on COVID-19 response are completely baseless