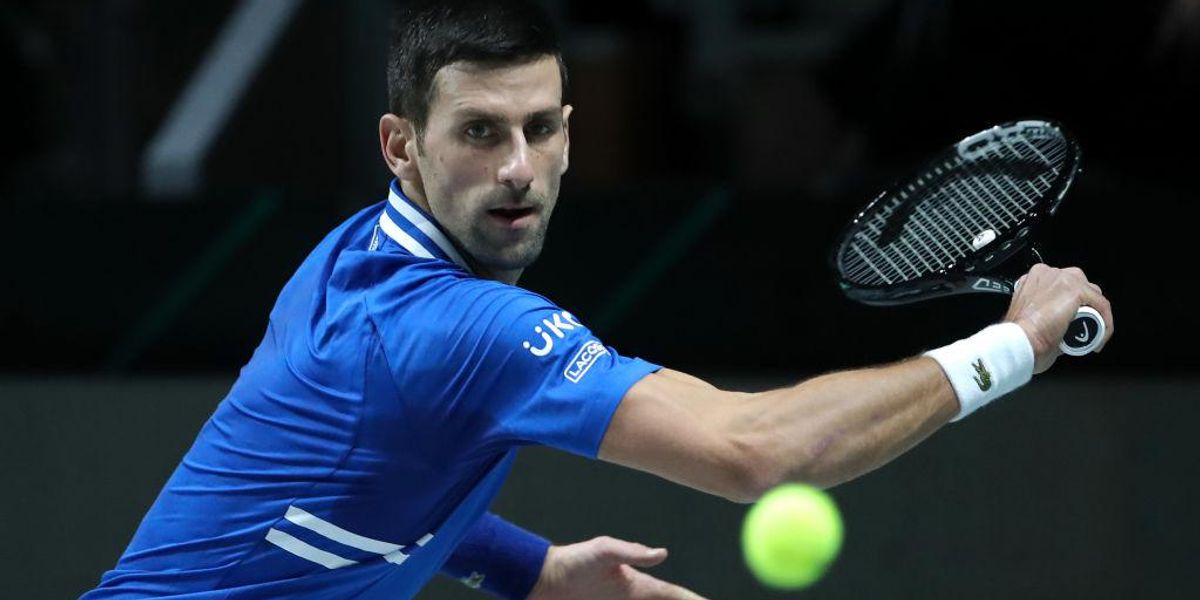 Unvaccinated tennis star Novak Djokovic is reportedly in talks to sue the Australian government for the equivalent of $4.4 million after recently being deported from the country for fear that his presence would “excite anti-vaccination sentiment.”

Djokovic, the world’s No. 1 tennis player, was stopped at the Australian border and held in immigration detention earlier this month upon his arrival in Melbourne ahead of the 2022 Australian Open.

Despite being unvaccinated against COVID-19, the star athlete had been granted a vaccine exemption by Tennis Australia, the country’s governing body for the sport, which allowed him to compete. The exemption was also approved by the Victoria state government. However, the national government and the Australian Border Force threw a wrench into the situation when they refused to sponsor the Serb’s visa upon his arrival.

The actions set off a days-long back-and-forth between Djokovic’s team, local governing authorities, and the national government. At one point, the tennis star was reportedly held in a room guarded by police at Melbourne’s airport.

The fiasco eventually ended when a three-judge panel sided with Australian Immigration Minister Alex Hawke’s decision to revoke the visa on public interest grounds. Hawke had claimed that Djokovic’s entry into the country would foster an anti-vaccination sentiment among citizens. The panel found his reasoning was not “irrational or illogical or not based on relevant material.”

But Djokovic, a 20-time Grand Slam winner and the Australian Open defending champion, is reportedly not satisfied with how things went down and is considering suing the Australian government for “ill treatment.” The news was first reported by the Sun.

The British tabloid reported that a source close to his agent Edoardo Artaldi said, “It’s well known that Novak and his family feel he was poorly treated in the quarantine hotel in Melbourne. His mother revealed how it was full of fleas and maggots. He was kept a virtual prisoner.”

Djokovic’s lawyer, Toma Fila, added: “He was subjected to humiliating treatment. He should sue.”

The Sun noted that the lawsuit figure includes the Australian Open prize money that Djokovic, 34, could have won if he had been allowed to compete.

Djokovic has yet to speak out about the potential lawsuit, but his frustrations with the Australian government are obvious. The Serb suffered through 11 days of quarantine in the country as he fought to have his visa accepted.

Following the court’s final decision on Sunday, the tennis star said in a statement, “I respect the Court’s ruling and I will cooperate with the relevant authorities in relation to my departure from the country.”

The board of Tennis Australia also commented on the situation after the ruling, saying, “We recognise that recent events have been a significant distraction for everyone, and we deeply regret the impact this had on all players.”

It has not been revealed why Djokovic received an exemption from Tennis Australia to play in the event. However, exemptions were granted for a number of reasons, including acute major medical conditions, a serious adverse reaction to a previous dose of a COVID-19 vaccine, or evidence of a COVID-19 infection within the past six months.