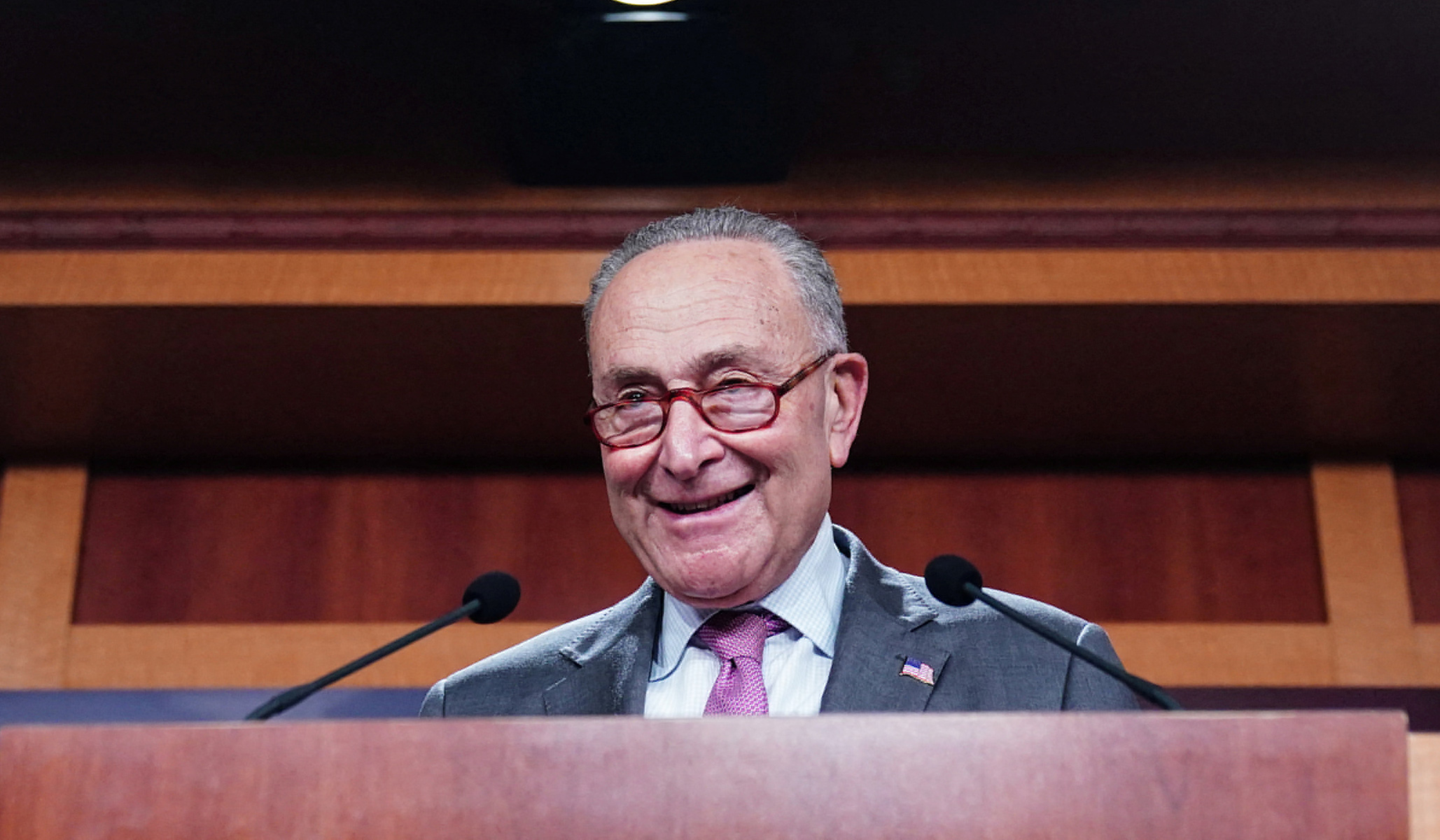 The Democrats spent the past two weeks holding a circus. The theme of that circus was that American elections would be illegitimate and reimpose “Jim Crow 2.0” unless Congress passed a radical overhaul changing how elections have been held in this country since the Founding. People who ought to know better, including President Joe Biden and Senate majority leader Chuck Schumer, argued that American elections are a “rigged game” (Schumer’s term) or “easily could . . . be illegitimate” (Biden’s words) if their proposals did not pass Congress. The next day, after having had time to consider the uproar caused by the president’s remarks, House majority whip Jim Clyburn said he was “absolutely concerned” that without the passage of the proposals, the 2022 elections would not be legitimate. In other words, this was not a one-off statement by Biden during an extended press conference. Rather, there is a deliberate effort under way by Democrats to preemptively sow doubts about the legitimacy of midterm elections they are widely expected to lose.

These rhetorical assaults on the legitimacy of American democracy are playing with fire. They are only words, but then, Donald Trump’s ongoing attacks on the 2020 election are now only words, too. Given the long history of street mobs and riots on the left, it is dangerous to encourage the belief that the 2022 midterm elections and the 2024 presidential elections, if conducted under state laws and in line with pre-pandemic American election procedures, represent an oppressive theft of democracy justifying radical action in response.

Perhaps as alarming as the rhetoric is the procedural radicalism of the Democrats. Biden and nearly the entire Senate Democratic caucus signed on to a kamikaze attack on the filibuster, a tool nearly all of them have used, and praised, for decades. Eloquent defenses of the filibuster were an essential element of Biden’s onetime reputation as a Senate institutionalist.

Democrats deployed the filibuster hundreds of times during the Trump presidency and used it, most recently, last week to block a bill with 55 votes in support of sanctions on Russia for its Nord Stream 2 pipeline with Germany. In 2017, 30 Democratic senators signed a bipartisan letter to Mitch McConnell asking for him to stand strong against Donald Trump’s pressure to end the filibuster. McConnell, consistent with his principles and against the short-term interests of his party, did just that.

Now, Democrats have made the abolition of the filibuster a litmus test for their party. That will likely harm their electoral prospects for a time, but they will eventually regain a Senate majority. Destroying the filibuster would be a bad thing. Precisely because federal legislation tends to take power from state governments and be nearly impossible in practice to repeal, the filibuster’s requirement of broad, national consensus before passing federal laws is a protection of democratic self-government in the states, the “laboratories of democracy” as progressives such as Louis Brandeis once called them.

Politically, the circus was inexplicable. Biden intemperately compared Democratic senators Joe Manchin and Kyrsten Sinema to Jefferson Davis, Bull Connor, and George Wallace, a tactic that did nothing to make them more interested in voting for his agenda. Schumer used a procedural loophole to force a vote on the filibuster, putting vulnerable Democratic senators such as Mark Kelly and Maggie Hassan on the record ahead of tough reelection bids. All of this for a foreordained failure that will further demoralize and alienate the Democratic voting base and convince independent voters of the Democrats’ radicalism.

And for what? The two bills the Democrats are promoting were originally designed as partisan “messaging” bills, not governing agendas. They would bulldoze popular state voter-ID laws; attack the secret ballot by eliminating state laws against “ballot harvesting”; eliminate deadlines for the counting of votes on Election Day; outlaw commonsense methods of removing dead or relocated voters from state voter rolls; greatly expand federal power over redistricting; suppress political speech critical of the government; and subsidize political campaigns and Democratic activist groups that conduct partisan voter-registration drives.

The Senate was right to reject these bills. It was right to adhere to its traditional rules for deliberation and debate of changes to our national laws. Democrats burned precious political capital simply to poison the well for acceptance of the upcoming midterm elections and lay the foundation for a perilous assault on core traditions of American governance. None of that reflects well on them. Voters should take notice, and act accordingly.

Instagram Exec. Says Big Tech Should Step Back
‘Don’t be ashamed you are using, be empowered that you are using safely’: NYC Health Department issues eyebrow-raising ad about drug use
‘Unwoke’ With Kevin and Kruiser #40: The Massively Mega Ultra MAGA Episode
‘Hell, yes,’ Beto O’Rourke has AGAIN flipped his stance on ‘taking your AR-15s’
Monkeypox? Meh.