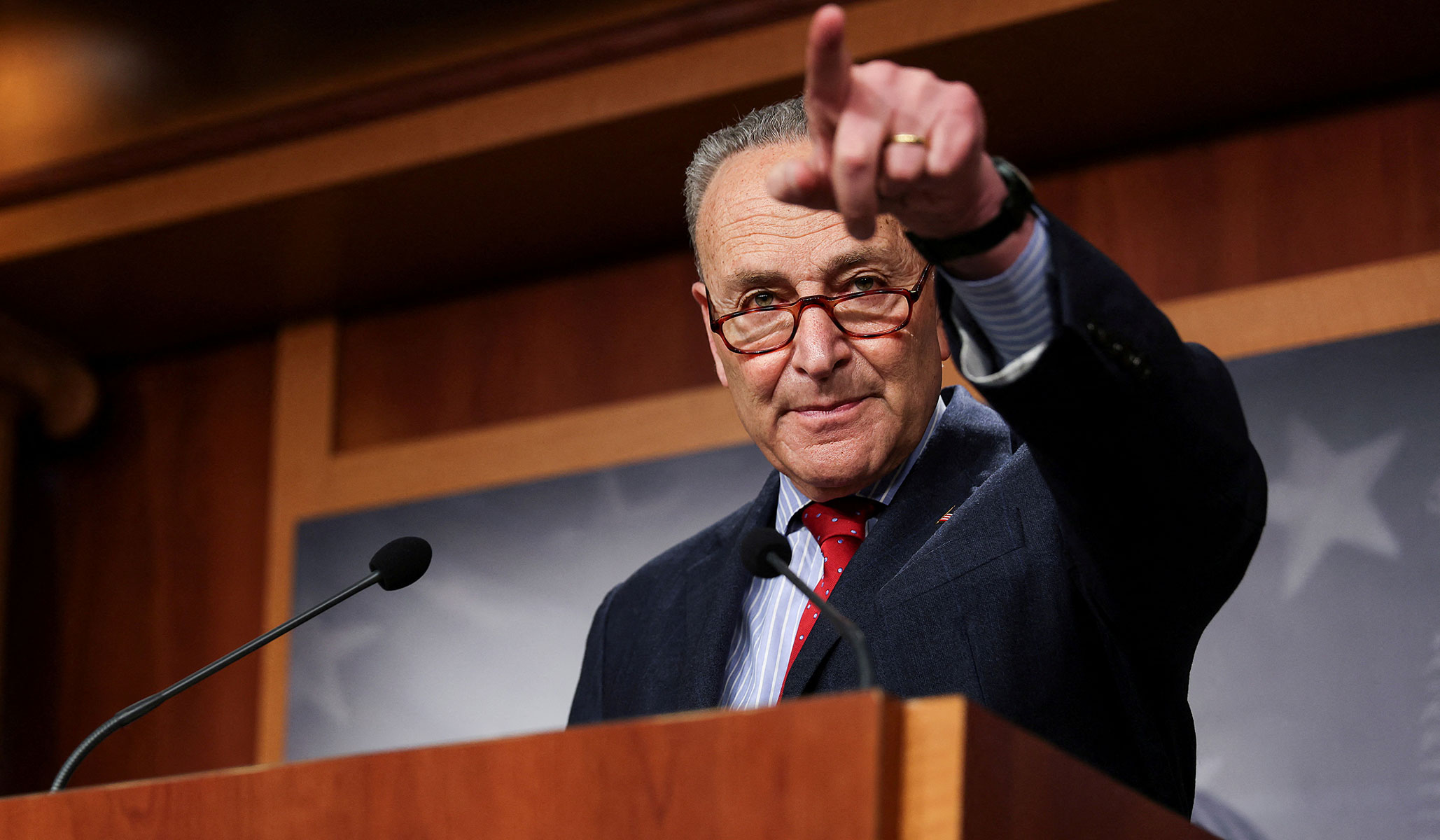 POLITICS & POLICY
By forcing a vote on the nuclear option, Schumer makes it clear that Democrats are two seats away from implementing a radical agenda on many issues.

hat did Chuck Schumer’s failed attack on the filibuster accomplish?

When the Senate majority leader pushed ahead with a doomed vote on the nuclear option — using a simple majority to set a precedent contrary to the Standing Rules of the Senate — he was mostly acting to placate progressive donors and activists.

Pushing his caucus to the brink without succeeding will not help Democratic incumbents in battleground states such as Arizona, Nevada, Georgia, and New Hampshire, but it might help ensure that Schumer will not have to face a left-wing primary challenge this year from Alexandria Ocasio-Cortez or some other AOC-backed …

Activist Democratic lawyers suffer another setback in Florida
CNN’s Sick Satisfaction With ‘Destroyed’ ‘Little Bodies’ at Shooting, GOP Is ‘Evil’
WHO corruption is one of the biggest threats to public health – and its power may be about to expand like never before
Horowitz: It’s time to ban ‘gun-free’ death zones
Democratic congressman questions the use of the word ‘Latinx’ when responding to a Yankees tweet that used the term