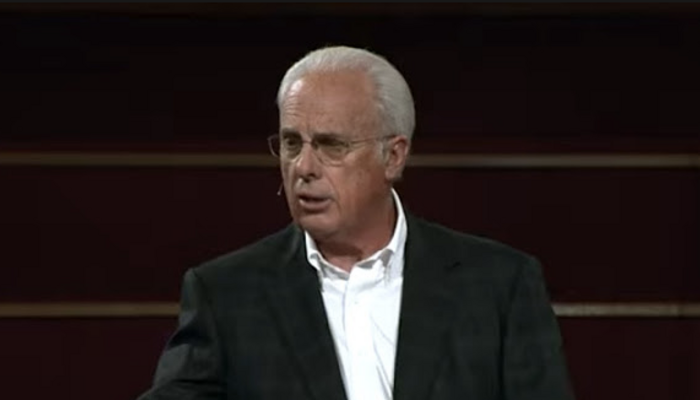 CBN News reported that MacArthur was preaching on biblical sexuality to protest a Canadian law that some worry would ban the teaching of biblical ethics.

According to Liberty Coalition Canada, the bill’ would allow for “the criminal prosecution of Christians who would speak biblical truth into the lives of those in bondage to sexual sins like homosexuality and transgenderism.”

MacArthur was blunt about his feelings on the law: “There is no such thing as transgender. You are either XX or XY, that’s it. God made man male and female. That is determined genetically, that is physiology, that is science, that is reality.”

“On the one hand, the reality of that lie and deception is so damaging, so destructive, so isolating, so corrupting that it needs to be confronted, but on the other hand, that confrontation can’t exaggerate what already exists, which is a sense of feeling isolated in relationships,” he added.

Starnes said the following in his blog, “In other words, YouTube affirmed the Canadian law by banning any opposition to transgenderism on their platform.”

“The big tech oligarchy in the United States is implementing the equivalent of Canada’s insane law by censoring truth and the right of pastors to teach the Bible,” Ellis told Starnes. “If Americans don’t stop big tech, this new Regime will circumvent the Constitution to foreclose our fundamental rights to speak and exercise religion and the impact will be devastating.”

Are Conservatives Making a Comeback in the Culture War?
Dirty bomb drills being run in Austin, Tex., ahead of known radiological terror cells entering U.S.
Is This a Joke? Todd Turns to Sharpton for Comment on Racist Violence
NBC News analysis: Hunter Biden raked in $11 million in 5 years – more than half from Chinese deals. President Biden said his son did not make money in China.
CDC recommends COVID-19 vaccine booster shot for 5- through 11-year-old kids