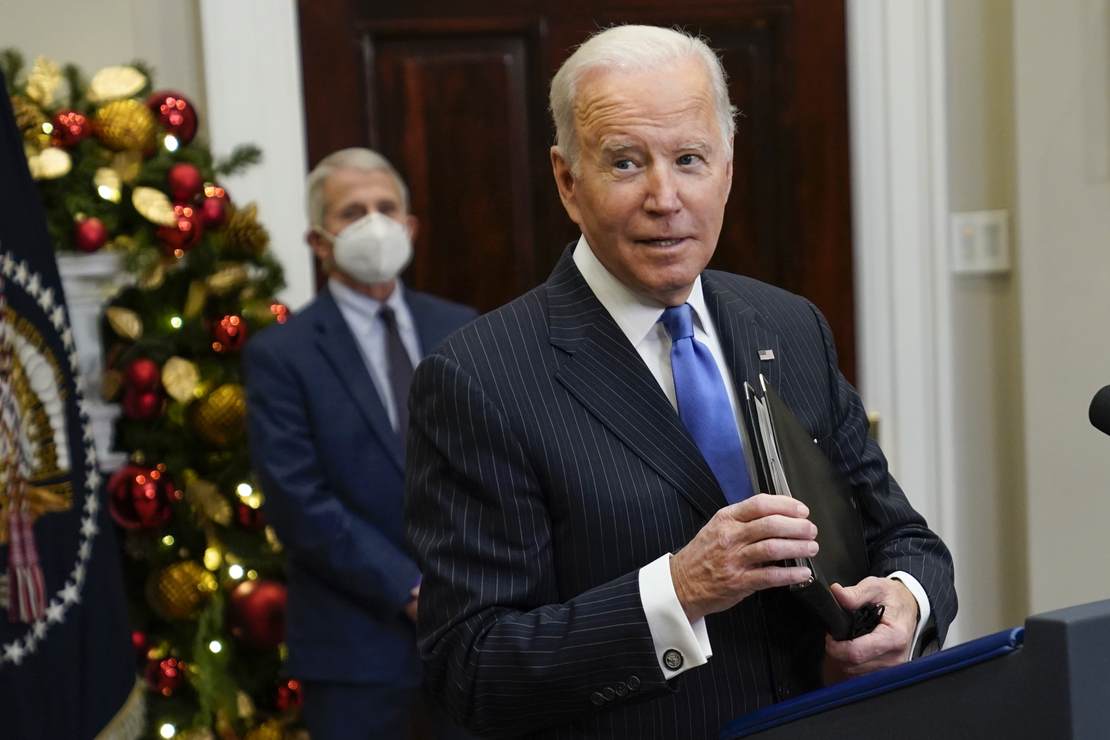 It’s no secret that Joe Biden’s presidency has been a complete disaster. Despite recent reports that Biden is seeking a reset of his presidency, there’s no evidence that his administration is taking any serious steps to regain the faith and trust of the American people. Troubled presidencies often require shake-ups to get out of their rut. Well, if Joe Biden is seriously trying to change the trajectory of his presidency, here are five people he can get rid of to help achieve that.

Biden’s chief mouthpiece has been one of the worst—if not the worst—press secretaries of the past five administrations. Early in her tenure, she was widely mocked for being so unprepared for basic questions that she frequently said she would “circle back” to a particular issue later. Sometimes she simply avoids answering a question that’s been asked, pivoting to another subject rather than taking on the task of spinning something as positive. She’s also a terrible liar. And frankly, how many more times can she be humiliated by Peter Doocy?

Luckily for Biden, Psaki has already indicated that she’ll step down at some point this year. This is good news for Biden, as he needs someone more competent at carrying the water for him.

Another easy one. When things get tough for a sitting president, the Chief of Staff is a common scapegoat. And things are very tough for Biden right now. His poll numbers continue to get worse, and Klain doesn’t do himself any favors with his tweeting. One tweet likely doomed Biden’s vaccine mandate, and others have been mocked for being out of touch. For example, last month, he retweeted an op-ed that insisted 2021 wasn’t “all bad,” and earlier this month, for some reason he retweeted a poll showing Biden underwater. The media is even scrutinizing Klain’s job performance. Perhaps the only thing that keeps Klain’s job safe is that he’s been a loyal Bidenista for many years now. But it seems unlikely that Biden can change his fortunes without someone new as chief of staff to shake things up.

Perhaps no one epitomizes the radical agenda of the Biden administration more than Merrick Garland. The former Supreme Court nominee has repeatedly proven that he’s Eric Holder 2.0, politicizing the Department of Justice rather than being a law-and-order centrist. His most egregious abuse of power was directing the Federal Bureau of Investigations and other federal, state, and local law enforcement agencies to “investigate” an alleged “disturbing spike in harassment, intimidation, and threats of violence against school administrators, board members, teachers, and staff who participate in the vital work of running our nation’s public schools.”

It quickly became apparent that the Biden administration had conspired with the teachers’ unions to silence and intimidate parents who object to harmful transgender policies and the teaching of critical race theory. Evidence has since come out that the White House had collaborated with the National School Board Association (NSBA) in crafting the letter used by Garland to justify siccing the FBI on concerned parents. The scandal may not be on the front pages anymore, but the scandal, now dubbed ParentGate, isn’t going away, Scandals need a fall guy, and for this one, Garland is it.

This one is obvious. For sure, Joe Biden’s approval ratings are in the toilet, but Kamala Harris’s are even worse. Polls show that Americans don’t believe Biden is competent enough to handle the presidency, and they don’t want Biden to run again in 2024. But not having a popular heir apparent is a whole other problem. So if Biden could get Kamala Harris to resign and pick a replacement with a decent personality, it could help him too.

Dr. Fauci is undeniably the architect of the United States’ COVID response. Can anyone say it’s going well? Heck, between all the mixed messages, the lying about COVID’s origins, and funding gain-of-function research in Wuhan, it’s a wonder he hasn’t been fired yet. Last year, there were rumors that the White House was “actively discussing an exit strategy” for Dr. Fauci, and it seems it’s an excellent time to get on with it. Originally one of the most trusted leaders during the pandemic, according to a recent poll, less than a third of Americans trust Fauci anymore. It’s time for Fauci to go.