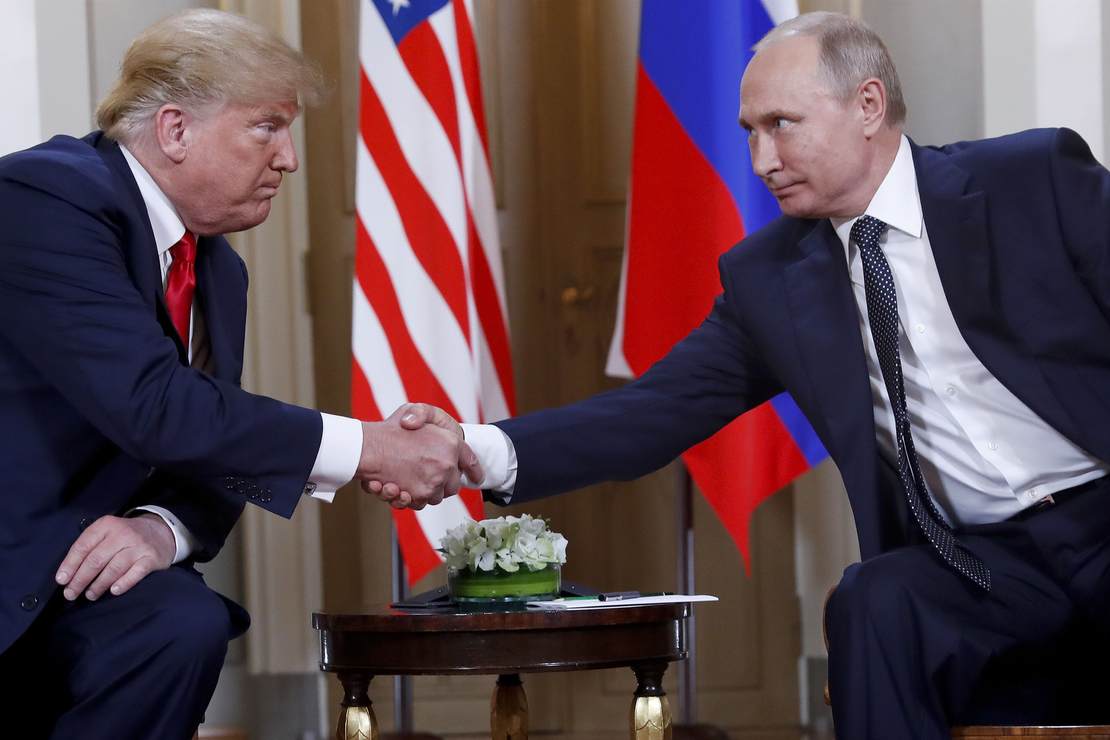 Donald Trump has begun to position himself as something of a “president-in-waiting” as Biden lurches from one foreign policy disaster to the next. So it’s not surprising the former president would use Sen. Lindsey Graham (R-S.C.) to deliver a message to Vladimir Putin.

Graham says Trump told him that “Putin is realizing that Biden’s weak, but he doesn’t realize that Biden won’t be around in 2024.”

It’s pretty certain that Putin has been well informed on U.S. presidential politics and probably knows as much as Trump about Biden’s political peril. But what Putin may not be expecting is Trump’s warning about damaging relations if he invades Ukraine.

So President Trump said today if they invade Ukraine, the Russians, it will make it impossible for any future president to have a normal relationship with Russia,” the South Carolina Republican said.

Graham added that he thought this “was a pretty damn wise observation.”

Graham says Trump has been “floored” by Biden’s performance, especially his recent invitation to Putin to create a “minor incursion” to invade Ukraine.

“President Biden has been clear with the Russian president: If any Russian military forces move across the Ukrainian border, that’s a renewed invasion, and it will be met with a swift, severe, and united response from the United States and our allies,” White House press secretary Jen Psaki later said.

Graham opined Friday that Putin with Trump as president could not invade Ukraine “and get away with it,” which he said is the opposite case with Biden, and pointed to the current president being the one to waive his predecessor’s sanctions on the Nord Stream 2 pipeline.

Graham, who has christened Russia a “gas station parading as a country,” says that U.S. energy independence would weaken Russia’s position.

“Here’s my message to President Biden: You claim that no Republican wants to help you,” Graham said. “That’s not true. You’ve got to do things that we can help you with. Why don’t we put sanctions on Russia now for the buildup, not the invasion?”

“All Democratic sanctions hit Russia after they invade. Let’s punish Putin now. And why don’t we do a land-lease bill like Sen. Cornyn has — doing for the Ukrainians what we did for the British in the early stages of World War II: endless weapons to make sure there are a bunch of dead Russians if they invade Ukraine.”

R. Emmet Tyrell called liberalism a “riot of conceits” which covers the full panoply of stupidities we’ve been forced to endure under Joe Biden. He promises a world without fossil fuels and then complains when supplies tighten because of his policies.

He tries to talk tough about a Russian invasion of Ukraine and then gives Putin an invitation to invade by hinting that a “minor incursion” wouldn’t be that serious.

Anyone who isn’t besotted with partisan fervor for Joe Biden is worried about the future. Indeed, 2024 can’t get here fast enough.