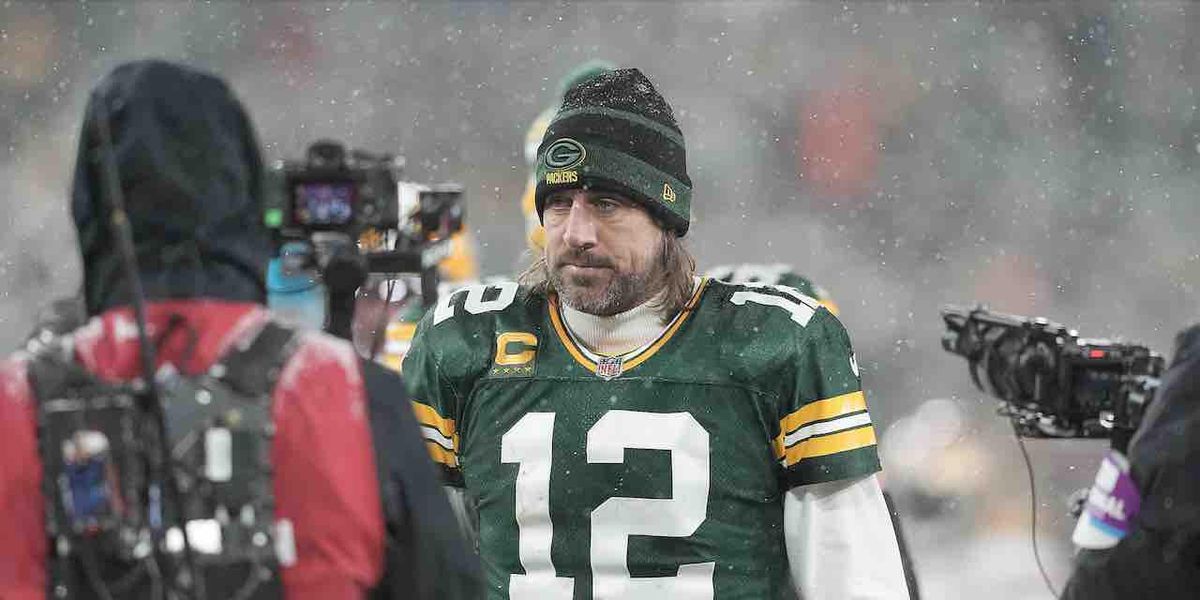 After Green Bay Packers superstar Aaron Rodgers ripped President Joe Biden last week — the latest sociopolitical critique from the outspoken quarterback now known for defying vaccine mandates and standing up to cancel culture and woke bullies — leftists far and wide were hoping for one thing Saturday: for Rodgers and the Packers to lose their playoff game to the San Francisco 49ers.

It seemed like a pipe dream. Green Bay usually is a graveyard for visiting teams, and Rodgers has been having an MVP-caliber season.

But alas, Rodgers and the Packers managed to cough up the game on a last-second field goal — and on cue, leftists cut loose on Rodgers in a kind of rabid unity, posting delirious, sarcastic tweets as if they won the game instead of the Niners.

What did the leftists have to say?

Seriously, when was the last time you observed Occupy Democrats get so excited about a football score?

BREAKING: Anti-vaxxer quarterback Aaron Rodgers just lost to San Francisco 49ers and got eliminated from the NFL playoffs. RT IF YOU THINK THAT THIS IS GOOD RIDDANCE!

“BREAKING: Anti-vaxxer quarterback Aaron Rodgers just lost to San Francisco 49ers and got eliminated from the NFL playoffs,” the leftist outfit tweeted. “RT IF YOU THINK THAT THIS IS GOOD RIDDANCE!”

And the venom was still spewing the next day. Daily Beast columnist Wajahat Ali sure was enjoying the extended Rodgers “roasting,” apparently seeing it as a salve for the nation’s woes:

Twitter is still roasting Aaron Rodgers. I love it. America needed this. #ByeAaron

And Robert Reich — perhaps relieved attention had shifted after his deleted tweet days before about Democrats giving Kyrsten Sinema the “backs of their hands” over the filibuster — was suddenly standing tall with sports knowledge:

Just a reminder: Colin Kaepernick led the 49ers to three victories over Aaron Rodgers and the Packers.

Once again we all mistakenly believed Aaron Rodgers had a shot

I guess Aaron Rodgers also got immunized against winning in the postseason.

.@AaronRodgers12 is blaming the loss tonight on Dominion Voting Systems.

Aaron Rodgers was winning until they counted the mail in points.

Look at the bright side for @AaronRodgers12 he doesnu2019t have to worry about meeting @POTUS at the White House.

I guess Aaron Rodgers decided to boycott the Super Bowl after all.

The vaccine reduces the severity of COVID so much that Aaron Rodgers is unvaccinated and yet his receivers didn’t catch anything significant.

Oh, but we’ve long since had a retort from Rodgers

If the giddy leftists reveling in Rodgers’ loss hope they’re somehow getting to him and contributing to twisting the knife, they may want to remind themselves that Rodgers already said they’re a joke to him.

“Now the rules of the game are that you must acquiesce with the woke mob at all times,” he told podcast host Pat McAfee a few months back, adding that he’s “not a part of this game … being played out by these individuals. And I see it, I hear it, but to me it’s comedy.”

Biden crime family: Why Hunter’s secrets are REALLY about Joe
Airlines looking to CUT required training hours for new pilots due to desperate shortage of pilots… whom they killed with covid vaccines, of course
Florida Man Friday: Embarrassing! He Brought a Knife to a Gunfight.
Ghoulish NBC Exploits Texas Shooting by Repeating False Mass Shooting Stat
Ancient Archetypes, Amber Heard, and How to Avoid Both