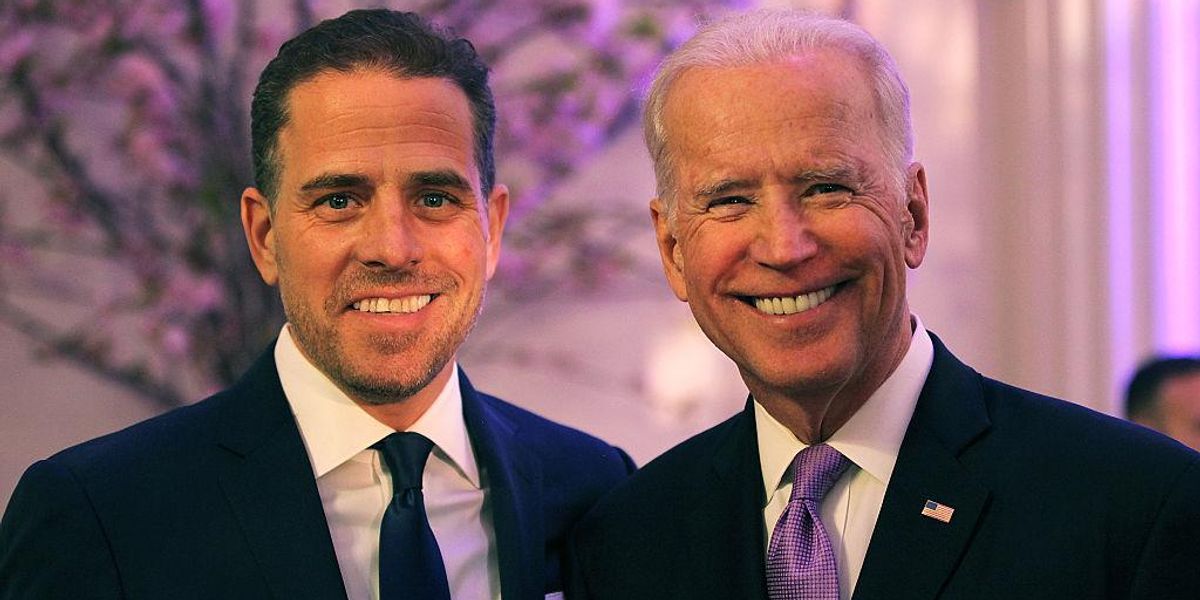 A new report claimed that Hunter Biden and a former aide to Joe Biden invested in a Chinese company with ties to the Chinese Communist Party.

According to emails reviewed by Fox Business, Rosemont Seneca Partners held a 5% investment stake in Harves Amusement Parks and ownership in Harves Sports and Entertainment as recently as March 2017. A purported email exposing the ownership interests of Rosemont Seneca Advisors was allegedly sent to Hunter by Eric Schwerin — Hunter Biden’s longtime business partner.

The report alleged that Hunter’s original introduction to the Harves Group arrived in 2015 by Francis Person, who served as an adviser to then-Vice President Biden from 2009 to 2014 and was a “special assistant” to Biden when he was a senator.

Person reportedly wrote an email to Hunter in July 2015, which invited him to travel to China the following month to meet his business partner — Bo Zhang.

“Bo Zhang and his family would host us. They are a great family with great respect and relationships in China,” Person allegedly wrote to Hunter in an email. “Bo graduated from American Univ and is in his late 20’s, and his parents own Harves Century Group of Shenyang – which is a top tier private Chinese real estate development firm.”

According to the purported email, Person highlighted that Zhang was being “groomed to take over the family’s dynasty” and that “there will be plenty of big things that come down the road that we can work on.”

“His mom is actually the Chairman of the company, which is unique in China,” the alleged email said. “They are very private, and wouldn’t tell anyone about you coming. Bo’s father-in-law is actually the Governor of Hainan (Chinese Hawaii), which he doesn’t advertise at all.”

Bo’s father-in-law is Liu Cigui — who since 2012 has been a member of the CCP Central Committee — the party’s “highest organ of authority,” according to China Vitae. Between 2012 and 2017, Cigui was a member of the Central Commission for Discipline Inspection, which is “a secretive, powerful agency in charge of investigating the Communist Party’s own members for corruption,” and was “the main weapon in Xi Jinping’s rapid consolidation of power as China’s new leader,” according to the Washington Post.

The Diplomat described Cigui as a “Xi loyalist” in a report from January 2021.

“Harves Century’s website says the chairwoman is Jenglan Shao, which is revealed to be Zhang’s mother according to Person’s 2015 email to Hunter Biden,” Fox Business reported. “It is unclear what her background is or whether she is an American citizen, but her name comes up on the Federal Election Commission (FEC) website as a maxed-out donor to Person’s failed 2016 campaign against then-Rep. Mick Mulvaney, R-S.C. Zhang also was a maxed-out donor to Person’s campaign. Schwerin and Hunter Biden both donated $2,700.”

In Person’s alleged email to Hunter, he notes that Harves is partnering with NBA legends Magic Johnson and LeBron James to “host an NBA Global Game in China” in 2016.

In November 2020, Harves announced that it was partnering with NBA China, the National Basketball Association’s organization that “conducts all the league’s businesses in Greater China.” NBA China is “invested by five strategic partners,” which includes the Bank of China Group Investment, Legend Holdings Limited, Li Ka Shing Foundation, China Merchants Investments, and ESPN. The partnership between NBA China and Harves included opening “six NBA-themed entertainment centers across China, with the first opening by 2022,” according to the joint press release.

It does not appear that Biden was able to make the China trip during the specific week that Person pitched in the email, but multiple emails reviewed by Fox Business show that Person and Zhang met with Biden and Schwerin in Washington on multiple occasions and emailed back-and-forth coordinating potential Harves-related business deals. In one 2016 email, Biden calls Zhang his “good friend and business colleague.” One of the names cc’d on the email was James Bulger, who appeared to help Biden get a Chinese business license for his uncle’s telemedicine company a couple of years earlier.

Fox Business reached out to Person, Zhang, Schwerin, and Hunter Biden’s attorney, but none of the parties responded.

Nine Republicans voted against bill to address baby formula shortage. Here’s why.
Mindy Kaling reimagines ‘Scooby-Doo’ character as South Asian for HBO Max adult series: ‘If people freak out about that, I don’t care’
Pro-LGBT group to host conference for kids at a church in Florida, drag show included
Charges dropped against 16-year-old rapper and gangbanger who was accused of shooting NYPD officer
MSNBC: ‘Disinformation’ for GOP to Say It Isn’t Suppressing the Vote