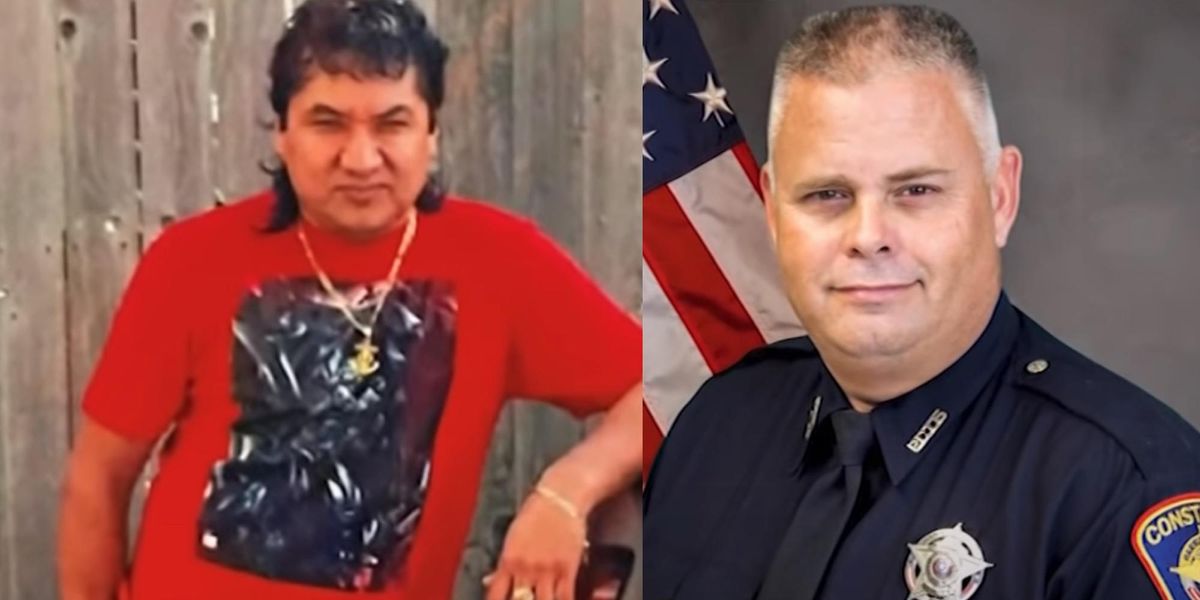 A nationwide manhunt is underway for a suspect in the lethal shooting on Sunday morning of a Houston deputy during a traffic stop.

Houston Police said they obtained video evidence of 51-year-old Oscar Rosales shooting Precinct 5 Cpl. Charles Galloway after he pulled him over for a traffic violation. Witnesses say Rosales got out of his car and fired into Galloway’s patrol car, killing him, before speeding away.

Police believe Rosales is on the run and possibly armed and dangerous.

They were able to apprehend a woman who is Rosales’ common law wife and her brother, and charge them with tampering with evidence. They also believe that Rosales is known for disguising his appearance.

Police charged Rosales with capital murder and said they would ask for no bail if he were to be apprehended.

She added that Rosales is not likely to be his original identity and that authorities are unsure of his immigration status based on the multiple aliases he has used.

“Oscar Rosales is the name that he is known by now, it is not known under that name where his true citizenship is, what his true criminal history is, but this photograph tells you who we’re looking for,” she explained. “You can’t run from your own photo.”

Police are asking for help from the public to locate Rosales. There is a $60,000 reward for information leading to his arrest. $50,000 of that reward money came from the owner of the Houston Rockets.

Here’s more about the manhunt for Rosales: