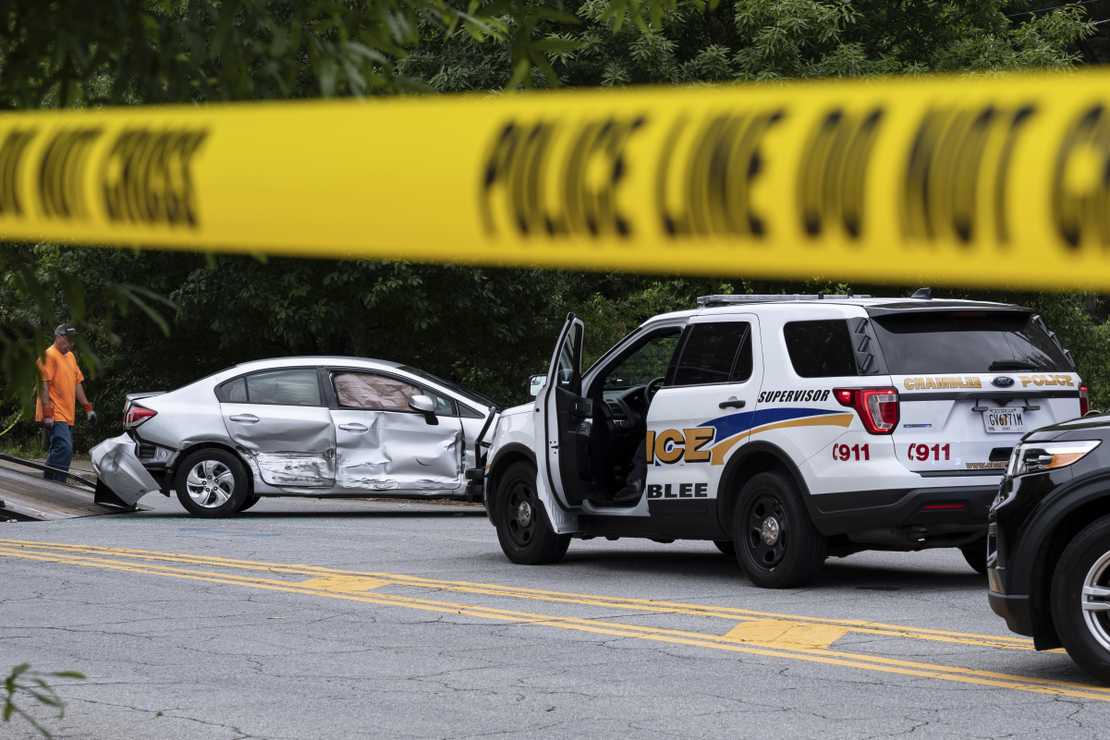 Peter Doocy strikes again! During Monday’s White House press briefing, Press Secretary Jen Psaki was asked about the surge in crime last year, and she made a stunning admission about police funding.

“Would you agree that the most important job for any president is to keep Americans safe?” Doocy asked.”I would agree,” Psaki said with a smirk, knowing Doocy was about to set her up.

“So you say that the President’s never satisfied if people don’t feel safe. Does he know that after a year in office, people do not feel safe in this country?” Doocy followed up.

“Peter, I think we look at the facts here we’ve seen a surge of crime over the last two years. Would you agree with that?” Psaki replied.

“So what are you attributing the rising crime to then?” Doocy asked.

“Well, I think we should be responsible in how we’re reporting to the public what the roles are, what the reasons for the surge in crime. Gun violence is a huge reason for the surge in crime. Underfunding of some police departments and their need for additional resources, something the President has advocated for consistently through the course of his career, that’s something we know we need to take action on,” Psaki explained.

Did you catch that? Not only did she admit that underfunding of police departments is a factor in rising violent crime, but she then had the audacity to spin the issue as something Joe Biden has “advocated for consistently” during his career.

She’s trying to rewrite history. Joe Biden abandoned any support for the police he once had to appease his party’s radical base.

In fact, in 2020, Biden failed to get a key endorsement from police unions that once supported him because of how he abandoned police. In the summer of 2020, the National Association of Police Organizations (NAPO), which represents over a thousand police unions and 241,000 police officers, endorsed President Trump over Joe Biden. The organization had previously endorsed Joe Biden as vice president in 2008 and 2012.

One key reason the group endorsed Trump was Trump’s unwavering support for the police during the wave of anti-police sentiment after the death of George Floyd. Joe Biden, however, embraced the “defund the police” movement—though he pretended he didn’t—and even referred to the police as “the enemy,” while advocating for diverting police funds.

“Surplus military equipment for law enforcement. They don’t need that. The last thing you need is an up-armored Humvee coming into a neighborhood, it’s like the military invading. They don’t know anybody. They become the enemy. They’re supposed to be protecting these people,” Biden said.

Paul DiGiacomo, president of the Detectives’ Endowment Association, said that “Biden seems to have abandoned the police and his support for the police because it is not popular to support the police at this time.”

But, according to Psaki, Biden “has had a long career, many decades of fighting for funding for police departments for local communities in order to reduce crime.”

And because of that, we’re supposed to forget that he turned his back on police because it would be good for his presidential campaign?

While it’s encouraging that the White House is admitting the connection between violent crime and defunding the police, their shameless attempt to rewrite history and pretend Biden wasn’t an advocate for defuding the police is shameful.

Related: As He Departs for India, L.A. Mayor Takes Another Slap at the LAPD

WATCH: Big Three Largely Ignore Gas Prices Spiking Above $4 in EVERY STATE for First Time Ever
Cameron Doubles Down, Suggests Fox Should Be Deplatormed, Not Protected By Free Speech
New analysis shows an alarming number of teachers arrested for child sex crimes in 2022
Half of America to go dark this summer due to Biden’s “Build Blackouts Better”
Monkeypox? Meh.