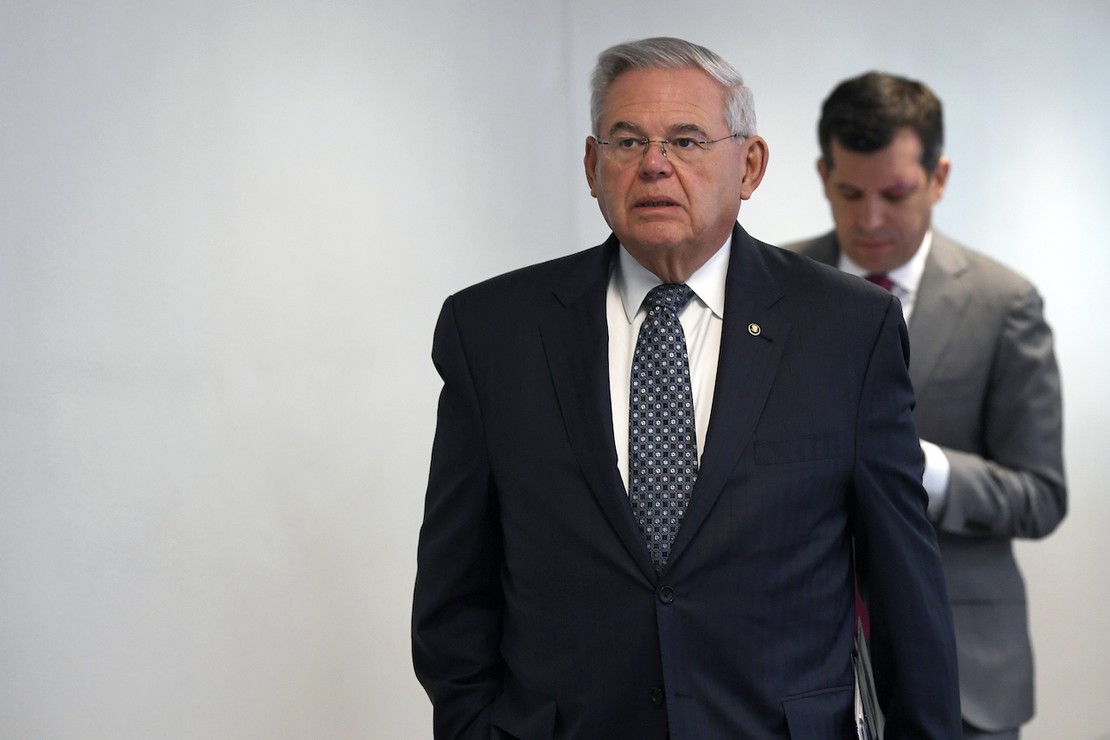 Sometime this week, Congress is expected to pass sanctions against Russian banks and individuals that will eventually cripple the Russian economy.

That’s the plan, anyway. And on paper, the sanctions appear to be the most severe limitations ever placed on the financial system of another country. According to the Wall Street Journal, the sanctions “would target major Russian banks, hit Russians’ savings and pensions and limit the market for Russia’s sovereign debt, among other elements.”

The United States would also deliver lethal weapons to Ukraine — nothing heavy but better than the “defensive” weapons we’ve been sending.

Menendez’s bill would target Russian officials and financial institutions if Biden determines Russia has invaded or had a significant “escalation of hostilities” against Ukraine. The bill also authorizes sanctions on companies in Russia that offer secure messaging systems including SWIFT, the international system by which banks communicate, and includes additional security assistance and provisions to help Ukraine push back against Russian disinformation.

But Menendez and Risch have been leading a bipartisan group of senators to negotiate changes to the bill to come up with a bipartisan compromise that gets the 10 GOP votes needed to break a filibuster.

In an echo of World War II, there is a compromise effort underway to create a lend-lease authority.

Perhaps most significantly, the compromise effort could include a bipartisan lend-lease bill authored by Sens. John Cornyn (R-Texas), Ben Cardin (D-Md.) and four other senators from both parties. The measure would give Biden the authority to provide Ukraine with military equipment at no cost, though with the promise of repayment later. The U.S. undertook a similar effort during World War II when it sent weapons, food and energy to the U.K. and other nations.

And there is some indication that sanctions on the Nord Stream 2 pipeline are in the offing.

Sens. Jeanne Shaheen (D-N.H.) and Chris Murphy (D-Conn.) are also working on legislative language regarding the Nord Stream 2 natural gas pipeline that can attract bipartisan support, people familiar with the effort told POLITICO. The nearly completed Russia-to-Germany pipeline has been, and remains, one of the most contentious policy issues of the Biden administration, with Republicans and some Democrats criticizing the president for waiving sanctions earlier this year.

There’s no doubt that the targets of these sanctions are strategically vital to Putin and Russia. But for any sanctions to work — especially sanctions that are meant to punish bad behavior — the regimen for administering them must be nearly airtight. We’ve seen that many sanctions on Iran and North Korea have easily been evaded, thanks to China’s help.

Related: Why Putin Has Not Been Deterred

Given the rapprochement between Russia and China in recent months, there’s little doubt that China will be more than willing to circumvent those sanctions at Russia’s request. Some of the financial sanctions may still bite, but China is a rich country with a trillion dollars in U.S. currency holdings. They could release a large portion of those dollars and send the U.S. economy into a tailspin.

Biden is politically obligated to support Ukraine with sanctions. But it’s more than likely that Putin has already carefully calculated the cost of any invasion of Ukraine and will act regardless of anything the U.S. does.

Ken Burns Hysterically Warns of ‘Authoritarianism,’ ‘Nationalism’
Florida pulls $2 billion in state investments from BlackRock over concerns regarding ‘social engineering’ and ESG initiatives
Jimmy Kimmel Thinks Gay Jokes Are a Riot as Long as Conservatives Are Targeted
Ten Vicious & Violent Political Feuds from American History
Florida doctor accused of raping patients during cosmetic operations found dead in a ditch with a gunshot wound to his head