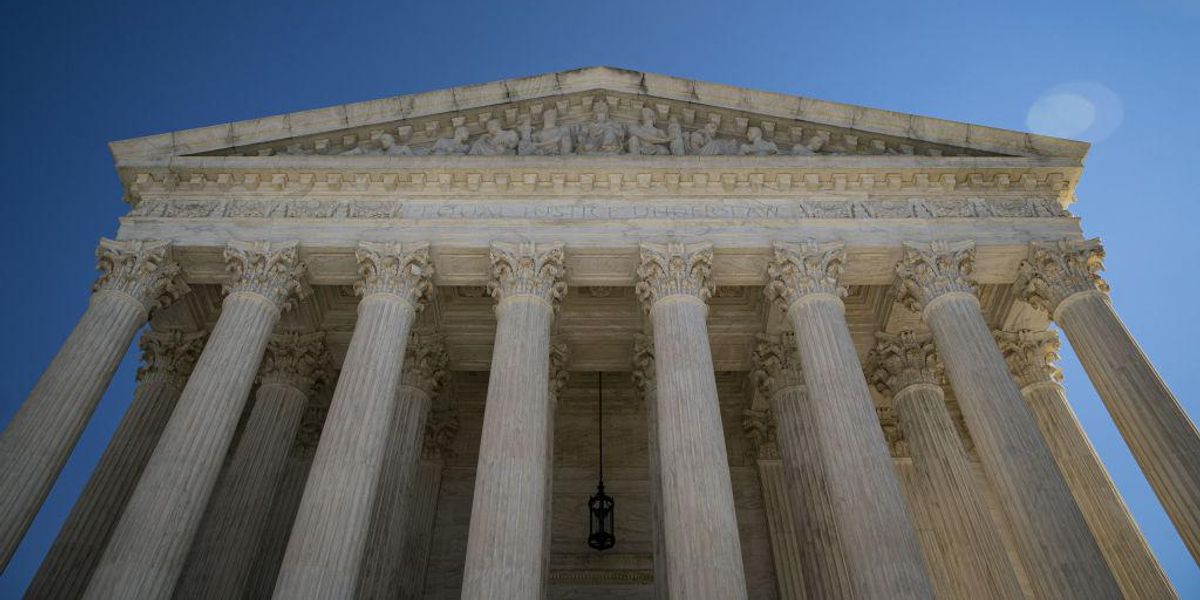 A libertarian legal scholar who was set to join the faculty at Georgetown Law has been placed on administrative leave by the school because of a controversy surrounding several now-deleted tweets he posted about President Joe Biden’s pledge to nominate a black woman to the U.S. Supreme Court.

Ilya Shapiro, vice president and director of the Robert A. Levy Center for Constitutional Studies at the Cato Institute, was supposed to assume a new position at Georgetown as a lecturer and as the executive director of the law school’s Center for the Constitution on Tuesday. But the dean of the law school said Monday that Shapiro was placed on administrative leave “pending an investigation into whether he violated our policies and expectations on professional conduct, non-discrimination, and anti-harassment.”

“Over the past several days, I have heard the pain and outrage of so many at Georgetown Law, and particularly from our Black female students, staff, alumni, and faculty. Ilya Shapiro’s tweets are antithetical to the work that we do here every day to build inclusion, belonging, and respect for diversity,” Dean William Treanor wrote to the Georgetown Law Community.

“Pending the outcome of the investigation, he will remain on leave and not be on campus. This investigation will follow the procedures established by Georgetown University,” he said.

Shapiro’s hire by Georgetown Law was announced two weeks ago in a press release that celebrated him as a “highly influential brief writer, an expert on the history of Supreme Court nominations, and one of the premier public commentators on constitutional law.” Shapiro, a first-generation American son of Russian-Jewish immigrants, is a celebrated writer and friend of many influential people in the conservative legal movement.

Following news reports that Associate Justice Stephen Breyer will retire this year, Shapiro took to Twitter to comment on Biden’s campaign promise to exclusively nominate a black woman to fill a Supreme Court vacancy if one became available during his term.

“Objectively best pick for Biden is Sri Srinivasan, who is solid prog & v smart,” Shapiro tweeted, referring to the Chief United States Circuit Judge of the United States Court of Appeals for the District of Columbia Circuit.

“Even has identity politics benefit of being first Asian (Indian) American. But alas doesn’t fit into latest intersectionality hierarchy so we’ll get lesser black woman. Thank heaven for small favors,” he said.

“Because Biden said he’s only consider black women for SCOTUS, his nominee will always have an asterisk attached. Fitting that the Court takes up affirmative action next term,” he said in a follow-up tweet. Then he posted a poll asking whether Biden was racist, sexist, or both for promising to only nominate a black woman.

His tweets sparked intense backlash on social media, with many progressives accusing Shapiro of harboring racist views that should disqualify him from holding a position at Georgetown Law. The mob was led by Slate writer Mark Joseph Stern.

I hate to draw attention to this troll because attention is what he craves. But now that @GeorgetownLaw has hired him, I feel an obligation to condemn his overt and nauseating racism, which has been a matter of public record for some time. I am deeply ashamed of my alma mater.pic.twitter.com/OQaHPzZ8gK

Responding to the controversy, Shapiro deleted his tweets and apologized for his “poor choice of words, which undermined my message that nobody should be discriminated against for his or her skin color.”

After being placed on administrative leave by Georgetown, Shapiro issued another statement expressing hope that an investigation will find he did not violate the school’s policies with his tweets.

“I’m optimistic that Georgetown’s investigation will be fair, impartial, and professional, though there’s really not much to investigate. And I’m confident that it will reach the only reasonable conclusion: my Tweet didn’t violate any university rule or policy, and indeed is protected by Georgetown policies on free expression,” Shapiro said.

“Accordingly, I expect to be vindicated and look forward to joining my new colleagues in short order,” he said.

Felon with 8 prior convictions allegedly stabs man to death while out on bond for another charge: ‘These judges need to be held accountable’
Rejected #BamaRush Transgender Can’t Figure Out How Tampons Work
Georgia Man Sentenced To 25 Years In Prison For Voter Fraud
Whoopi Claims Christians Want Doctors to Let Gays Die, Go Untreated
Like the Measles? CNBC’s Jim Cramer Offers Full Flip-Flop on COVID Dangers