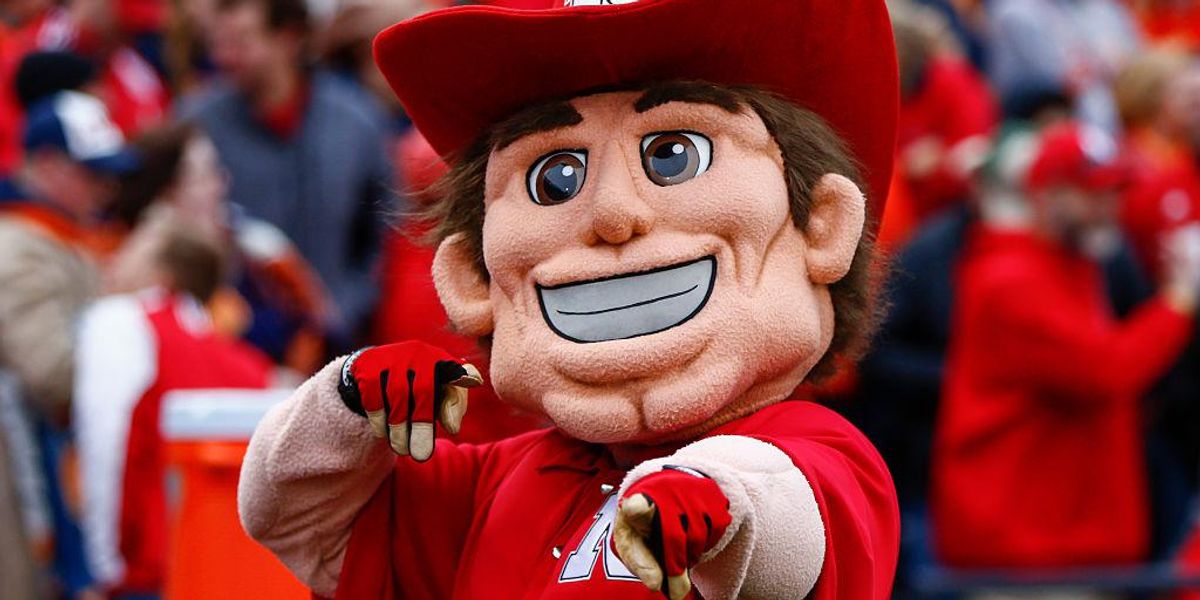 The University of Nebraska altered its mascot — which it had for nearly 50 years without incident — to avoid any connection with white supremacy.

Dick West — a longtime newspaper cartoonist from Lubbock, Texas — created Herbie Husker for the University of Nebraska. Herbie Husker is a corn farmer wearing blue overalls and a red cowboy hat with a football in one hand and making the “OK” gesture with his other hand. He was in the school’s 1974 media guide and in the Cotton Bowl later that year.

On Friday, the University of Nebraska announced that Herbie Husker would be altered as not to be confused with a white power hand gesture.

“That hand gesture could, in some circles, represent something that does not represent what Nebraska athletics is about,” said Lonna Henrichs, Nebraska’s athletic department’s licensing and branding director. “We just didn’t even want to be associated with portraying anything that somebody might think, you know, that it means white power.”

“We made that change as quick as we could,” Henrichs told the Flatwater Free Press, which first reported the news on Friday.

Henrichs requested an in-house designer to change Herbie’s left hand to change from the “OK” sign to having his index finger pointed in the air.

Newest one from @flatwaterfreep: The athletic department quietly altered Herbie Husker in 2020. Why? Because his signature hand sign has been co-opted by modern-day white supremacists. @JWPascale with the strange tale and Herbie’s winding history.https://flatwaterfreepress.org/how-white-power-changed-herbie-husker/u00a0u2026

In 2019, the Anti-Defamation League declared that the “OK” hand sign is a hate symbol, but noted: “Particular caution must be used when evaluating this symbol.”

The ADL acknowledged that the “OK” hand gesture “dates to at least as early as 17th century Great Britain, it most commonly signals understanding, consent, approval or well-being.” The organization added, “The gesture is also important in the Hindu and Buddhist worlds, as well as in yoga, where it is known as mudra or vitarka mudra, a symbol of inner perfection.” The ADL also said that the “okay” hand gesture is used for words and concepts in sign language.

“Use of the okay symbol in most contexts is entirely innocuous and harmless,” the ADL stated.

The ADL admits that users of the 4chan website pulled off a hoax in 2017 by tricking people into believing that the “OK” symbol was a hate symbol.

“The ‘okay’ gesture hoax was merely the latest in a series of similar 4chan hoaxes using various innocuous symbols; in each case, the hoaxers hoped that the media and liberals would overreact by condemning a common image as white supremacist,” the ADL reported.

The outlet confessed that “generally” people “use it to trigger reactions, or what they would describe as ‘trolling the libs.'”

The ADL noted, “The overwhelming usage of the ‘okay’ hand gesture today is still its traditional purpose as a gesture signifying assent or approval.”

The ADL claims that there are 214 hate symbols.

How the Biden Justice Department Vindicated Trump
Controversial ‘gender fluid’ Biden administration official charged with felony theft after airport incident
Nobel Peace Prize Winner Pushes Amped Up Censorship on CBS Mornings
Felon with 8 prior convictions allegedly stabs man to death while out on bond for another charge: ‘These judges need to be held accountable’
​Dwayne ‘the Rock’ Johnson admits he stole Snickers from 7-Eleven daily at age 14, says he went and bought all the Snickers ‘to right this wrong’