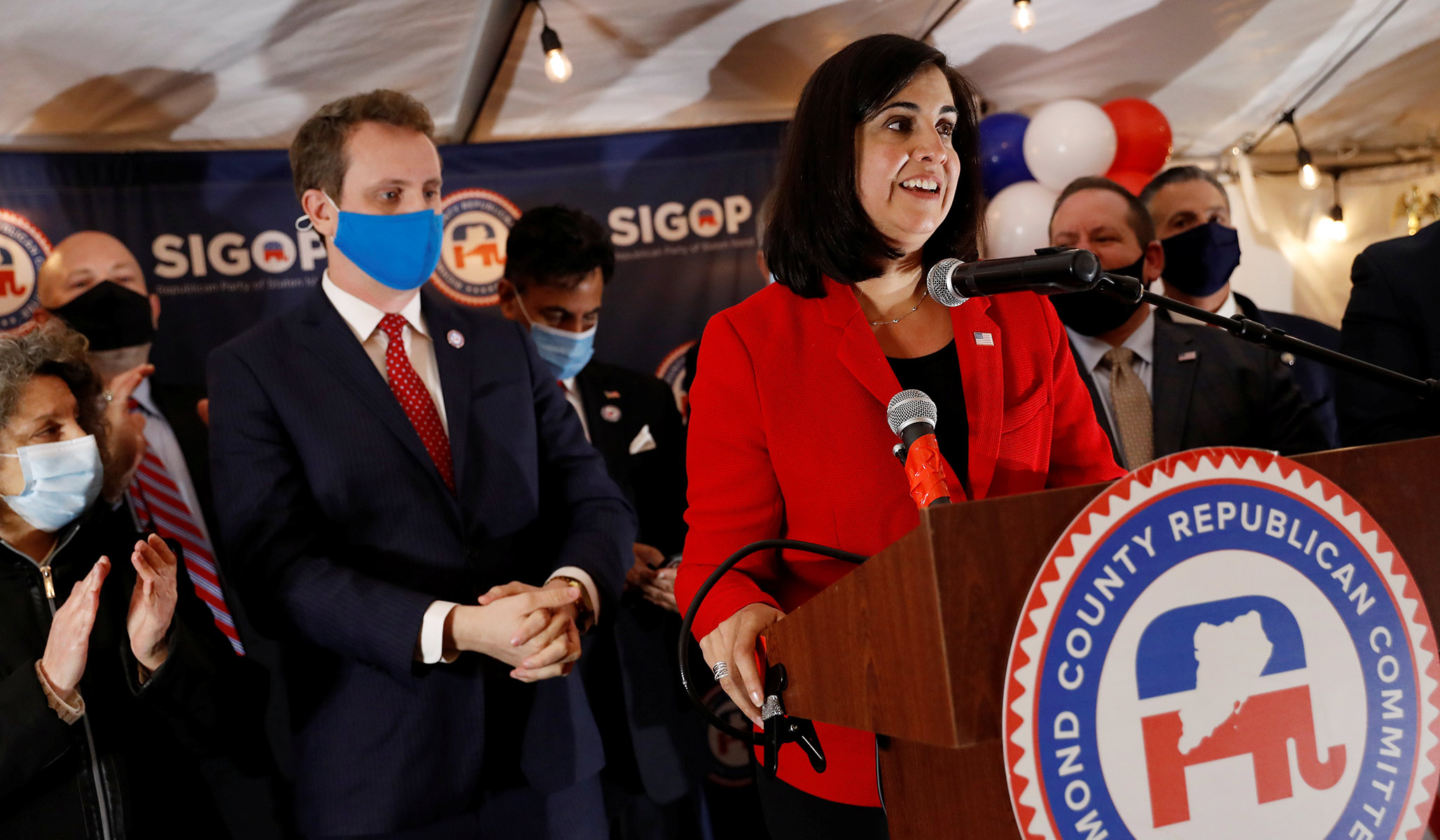 On Sunday night, New York Democrats proposed a new congressional map that would likely shift the state’s U.S. House delegation from 19 Democrats and eight Republicans to 22 Democrats and four Republicans (the state is lost one seat in reapportionment).

One of the likely Republican casualties from the New York Democrats’ gerrymander is Nicole Malliotakis:

Apparently the Democratic Party’s commitment to diversity only extends so far.