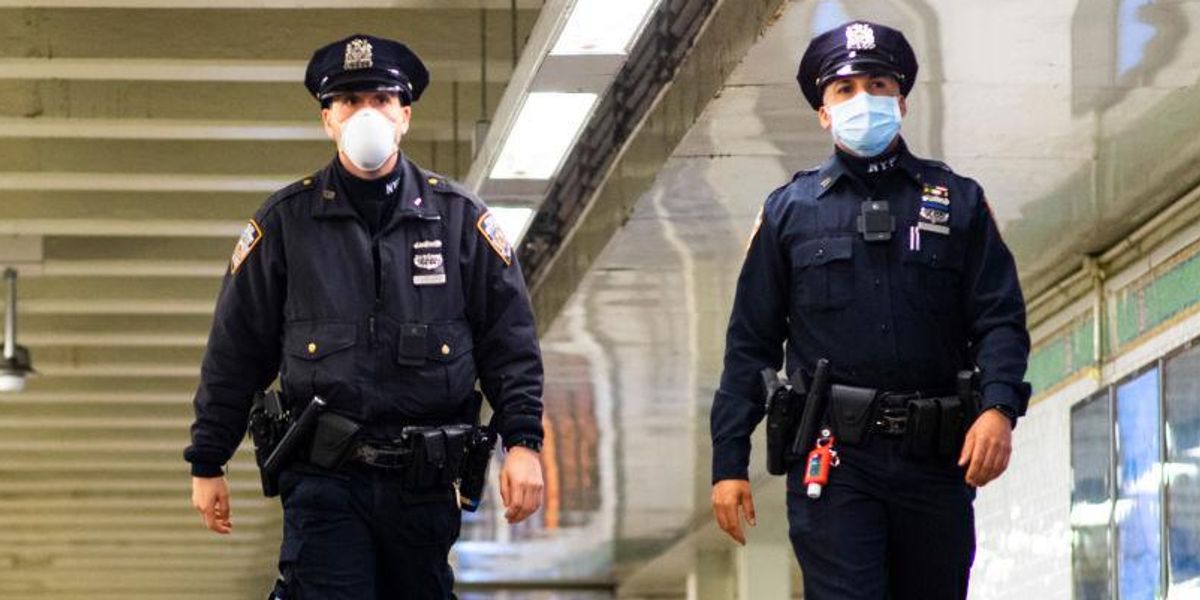 Officers with the New York Police Department will be terminated from their jobs if they are not vaccinated by Feb. 11, the New York Daily News reported.

Officers whorefused to get the vaccine have been on unpaid leave since Nov. 1, after former Mayor Bill de Blasio issued a citywide COVID-19 vaccine mandate for all city employees.

At the time of the mandate, only 34 NYPD officers were placed on unpaid leave for refusing to get the vaccine. At the same time, thousands of unvaccinated NYPD officers remained on the job while the city processed requests for exemption.

The Daily News reported that the termination announcement came via memo circulated among NYPD sergeants by Vincent Vallelong, the president of the Sergeants Benevolent Association.

“Every avenue has been exhausted by Law Enforcement and others across the country in the courts, we have lost at every turn,” Vallelong’s memo states. “With this in mind, I ask you to take the proper steps to ensure that whatever decision you make is best for you and your families.”

Vallelong’s memo makes clear that the termination ultimatum does not apply to NYPD officers who received religious or medical exemptions, nor does it apply to officers awaiting responses from ongoing appeals.

However, officers who are awaiting decisions on requested medical or religious exemptions will continue to be regularly tested and are expected to wear masks while on the job.

Recently, amid the surge of the Omicron variant of COVID-19, New York City’s new mayor, Eric Adams, flirted with the idea of requiring municipal employees to get COVID-19 booster shots.

He said, “That’s our next move and decision. If we feel we have to get to the place of making that mandatory, we’re going to do that, but we’re encouraging them to do it now.”

Adam’s opted to recommit New York City to a “state of emergency” pertaining to the COVID-19 pandemic. And, he also extended de Blasio’s “Key to NYC” initiative requiring people to provide proof of vaccination in order to dine inside, use indoor fitness centers, or even attend inside entertainment.

Mayor Adams, himself a former NYPD officer, leaned heavily into his experience with law enforcement during his mayoral campaign, and he remains a passionate supporter of the NYPD while in office.