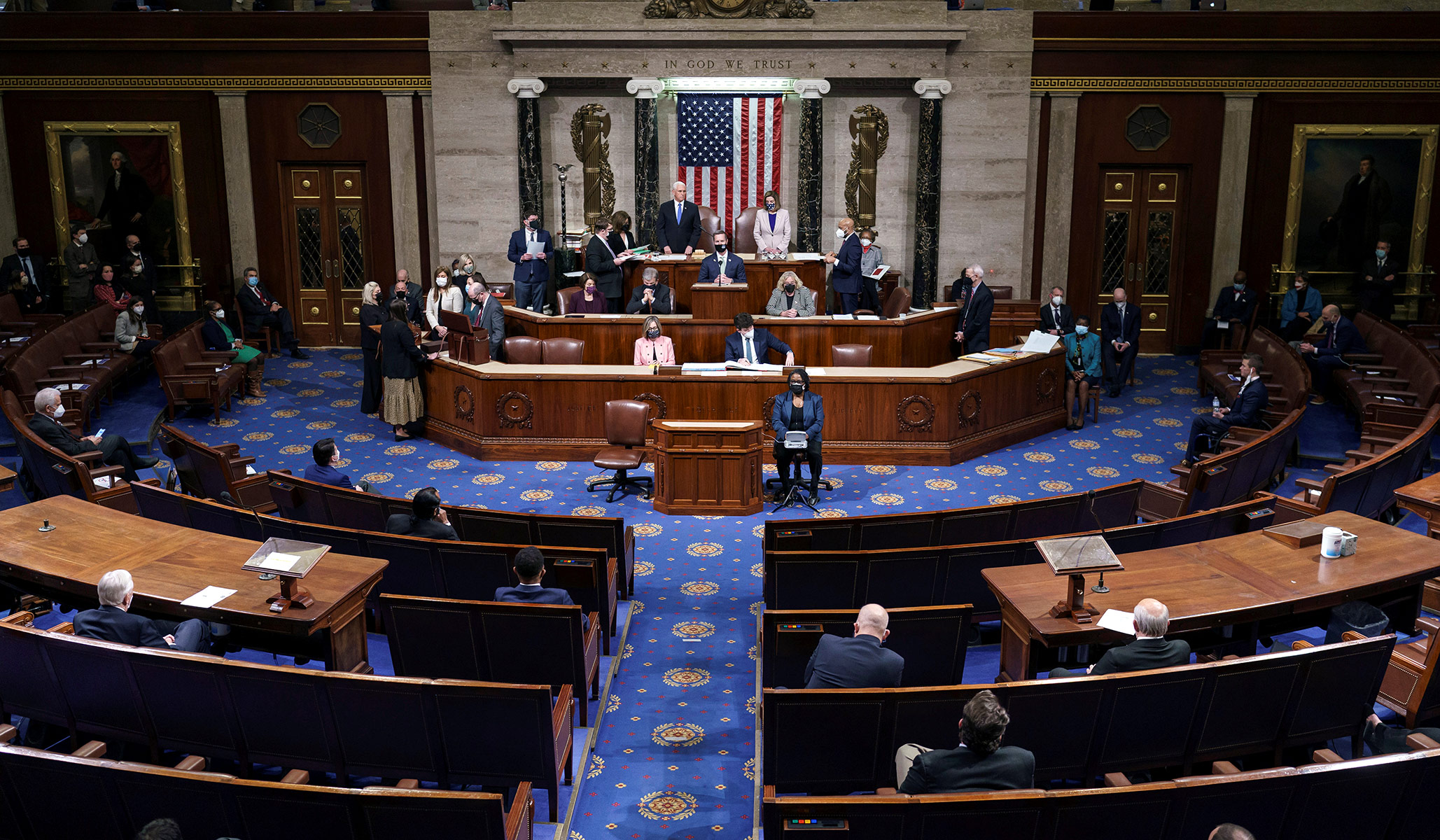 In an excellent piece over at Bloomberg, Ramesh Ponnuru works through some of the proposals to reform the Electoral Count Act that are taking shape in Congress. After noting some of their more promising features, he takes up some that are more troubling. The language proposed by Senate Democrats, he notes, particularly runs into trouble,

when it shifts its focus from regulating Congress to attempting to stop misconduct by state governments. If state authorities won’t certify electors, it allows federal courts to do it. The Constitution, on the other hand, puts certification in the hands of states.

At Politico, meanwhile, Burgess Everett reports that the reform effort may take longer than some of its champions had hoped, in part because of the same point of contention:

A GOP aide familiar with the talks said that “Democrats keep trying to push the envelope and talk about challenging state election laws in federal courts” by establishing a new formal pathway to bring those suits.

This debate is a function of a very basic question so far left unresolved in the bipartisan effort to reform the ECA: Should we be worried about members of Congress trying to undermine the certification of elections or about state officials doing so?

There are reasons to worry about both kinds of scenarios, but ECA reforms could not easily take up both at once because the kinds of changes that would help address one kind of concern would tend to make the other worse. Averting shenanigans in Congress would mean constraining Congress to an essentially ceremonial role and leaving the substantive work of finalizing election results more fully up to the states. But averting shenanigans in the states would mean giving Congress more of an oversight role over the particulars of state certification. You can’t really do both at the same time.

In 2020, the problem was in Congress. The states all did their jobs. There were corrupt attempts by President Trump and some others around him to pressure state officials, but none of those were successful. All the states certified their electoral votes as required, and those votes were all cast in accordance with each state’s election outcomes. It was only when it came time for Congress to count those votes that some members of Congress decided to challenge several state results, and that the president tried to pressure the vice president to do so. That revealed some risks inherent in the looseness and ambiguity of the Electoral Count Act. It suggested, for instance, that the threshold for congressional objections is too low and undefined, and that the limits on the vice president’s role could be spelled out more clearly.

But looking to 2024, some people are now more concerned about the potential for misbehavior by state officials. In several states, there are candidates for positions with authority over election administration who insist the last election was stolen, which suggests they might be open to partisan conspiracies about the next election too. And of course some concern on this front is also driven by alarm about another kind of partisan conspiracism — the notion that some governors or state legislatures would just refuse to certify results they don’t like and would try to substitute their own slates of electors. That kind of worry would argue for Congress setting more prescriptive requirements for certification and exercising more substantive judgment about state results. [See update below]

A lot of the talk around ECA reform has blurred the differences between these concerns as if both could be addressed together. But in the draft language they released earlier this month, Senate Democrats took a different tack: They tried to address the contradiction by simultaneously contracting the role of Congress in the process of finalizing presidential election results and expanding the role of the federal courts in that process. In essence, Congress’s role would be narrowed in light of some lessons of 2020, but federal judges would be given significant new direct oversight over state election administration in light of concerns about 2024.

This is a clever way to resolve the contradiction, but I do not think it is ultimately appropriate or sustainable. Giving federal courts original jurisdiction over disputes that basically involve how state officials enforce state laws is constitutionally dubious at best and could easily create more problems than it solves. Such cases could well ultimately reach the federal courts, as has happened in the past (most notably after the 2000 presidential election), but a law that would have them begin there would invite challenges and would have trouble surviving them. The Constitution leaves the mode of selecting presidential electors to the states, and every state has a law on the books for doing so through a popular election. Disputes about how those laws are enforced would have to start in state courts.

Congress could help such questions be addressed and even make their way to federal courts by giving states more time between election day and the end of the required certification process — as the Senate Democrats’ legislative language does propose to do. But creating new direct paths to the federal courts would be at odds with the process envisioned in the Constitution.

That same constitutional logic should point toward an answer to the core unresolved question in the ongoing legislative efforts too: The Constitution gives Congress and the vice president a very limited and essentially symbolic role in finalizing presidential election results. The existing Electoral Count Act, enacted in 1887, is ambiguous in ways that might leave people with the misimpression that Congress or the vice president have more substantive roles, and that vagueness created real problems in 2020. So a reform of that law should seek to reduce those ambiguities and so to clarify the very narrow constitutional scope of Congress’s and the vice president’s roles.

That doesn’t mean there aren’t reasons to worry about potential misbehavior by state officials in future elections. But those concerns are distinct from ones rooted in the experience of 2020, and probably cannot be comprehensively addressed in federal law.

One way or another, though, the unresolved question at the heart of the ongoing effort to reform the ECA will need to be taken up.

[UPDATE: A thoughtful emailer suggests to me that the language of the paragraph above regarding concerns about state officials could be confusing. It might, he says, be read to suggest that I think people who worry that some officials might conspire to substitute their own slate of electors for the one chosen by voters are just trafficking in a conspiracy theory. That is not my view at all. I think they are worried about the possibility of a conspiracy, not that their worry is a conspiracy theory. There is plainly reason to worry (as I note near the end of the post too). Being misread is generally the fault of the writer and not the reader, so I’m sure I should have been clearer. My apologies.]