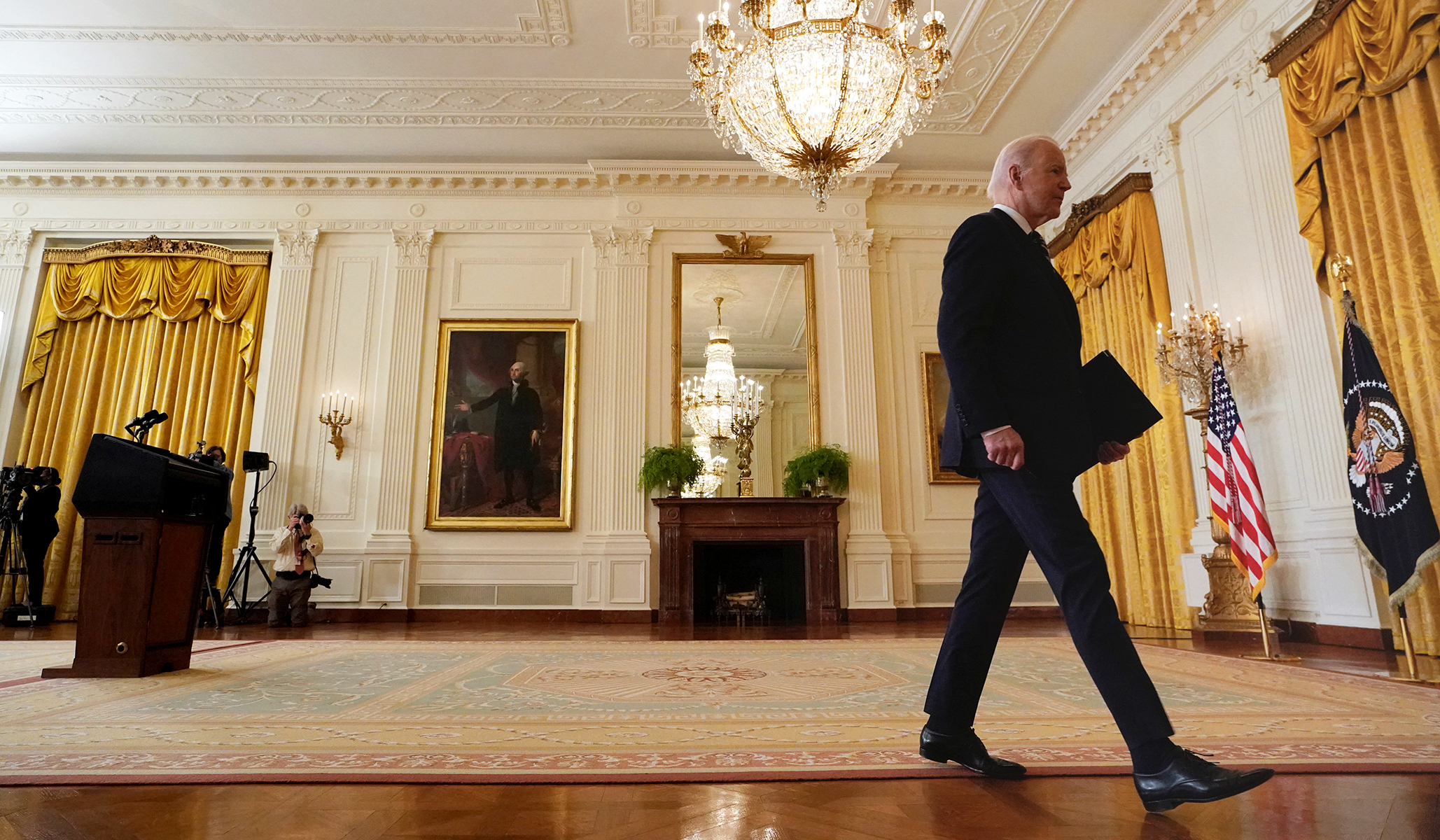 One of the surest signs of a failing presidency is a primary challenge within the president’s own party, or a third-party candidacy from the president’s side of the political spectrum. It is premature to predict either of those things befalling Joe Biden in 2024; we do not even know if Biden is going to be running for reelection, given that he will turn 82 in 2024 and is aging in dog years.

But if something like that happens, this is how it begins:

A member of the liberal “Squad” is delivering a formal response to President Joe Biden’s State of the Union address Tuesday. In the speech, given on behalf of the left-wing group Working Families Party, Rep. Rashida Tlaib (D-Mich.) is expected to hammer moderate Democrats who have stymied Biden’s social spending and climate change package…It is not the first time that the Working Families Party has done so, however: Last year, Rep. Jamaal Bowman (D-N.Y.) gave such a speech following Biden’s first joint address to Congress.

For now, Tlaib is still on Team Biden, and plans to argue that his agenda has been betrayed by moderate Democrats in Congress. But she is also making demands on the president that he will find it hard to fulfill: “Tlaib will also call for Biden to use his executive authority to cancel student loan debt and change the way poverty is calculated in order to expand benefits to more Americans.” Canceling student-loan debt would be a political disaster for Biden, disproportionately benefitting the college-educated while doing nothing for working-class Americans or older voters with mortgages who have paid off their loans. But one big reason for Biden’s abysmal job-approval ratings among voters under age 30 is that the youngest voters were most likely to take seriously the promise that Biden would forgive their student loans. They took Biden literally and seriously, and Biden’s team almost certainly underestimated the political costs of promising something to these voters that Biden was unlikely to deliver.

The surest recipe for a challenge from Biden’s left would be if he takes any sort of military action overseas, the factor that blew up the Democratic coalitions of Lyndon Johnson and Woodrow Wilson. Unlike Barack Obama, Biden’s standing with progressives is purely transactional. More likely, fear of offending progressives will constrain Biden further in dealing with foreign aggressors such as Vladimir Putin.