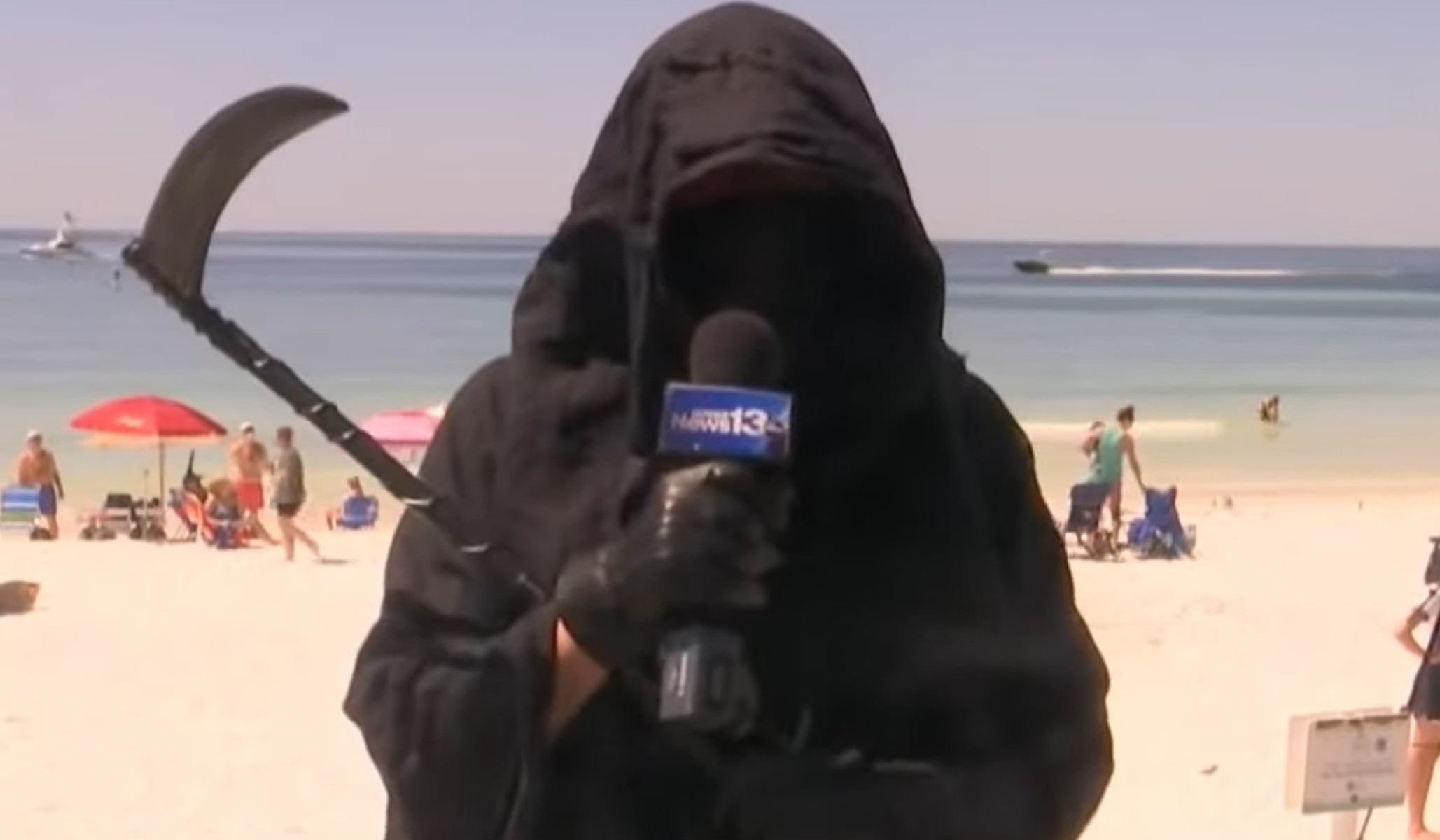 Daniel Uhlfelder, a progressive lawyer best known for a political stunt that entailed walking Florida beaches dressed as the grim reaper early in the Covid-19 pandemic, announced Tuesday that he is running for attorney general in Florida.

Uhlfelder, who has a long history of engaging in “political theater,” announced his candidacy with a nearly three-minute ad on Twitter, and writing “Ron DeSantis and his sidekicks in Tallahassee have been warned.” Uhlfelder will be running in a Democratic primary to face incumbent Republican Ashley Moody, who won 52.1 percent of the vote in 2018.

Today I am announcing my candidacy for Attorney General in Florida. Ron DeSantis and his sidekicks in Tallahassee have been warned. pic.twitter.com/i15q0zAoEN

The ad starts with Uhlfelder on the couch, watching television news and tweeting on his phone. Armchair activists, he said, are people who watch TV news, retweet, and don’t do much else.

“Well, that’s not really me,” he says as footage of him walking the beaches in his grim reaper costume appears on screen. “Actually, that’s me. The guy in the costume.”

Uhlfelder describes himself in the ad as “your average attorney and family man,” who was born and raised in Florida by parents who “immersed us in social justice, and introduced us to politicians who actually stood up for what was right.”

The video has plenty of footage of Nazis; Uhlfelder said his great grandparents were killed in a Nazi concentration camp, and “growing up, my parents never let me forget it.” The ad says “there’s a lot of bullying going on right now,” as footage of neo-Nazis protesting in front of a Starbucks plays. “And what do you expect when these are the faces of Florida’s leaders,” he says as images of DeSantis, Moody, and U.S. Representative Matt Gaetz appear on screen.

Before his grim reaper stunt, Uhlfelder was an activist fighting for public beach access in Florida. The ad shows a clip of him being confronted by police while he set up on a private beach. He also protested the Confederate flag in Florida, according to the ad.

“So I guess activism is kind of in my blood,” he said, adding that his kids are still young enough that they’re not embarrassed by him, “yet.”

As part of his grim reaper activism, urging people to flee the beaches at the beginning of the pandemic, Uhlfelder filed a lawsuit attempting to force DeSantis to close the beaches. The judges on Florida’s First District Court of Appeal denounced Uhlfelder for wasting their time, and urged the Florida Bar to require that he and his lawyers undertake additional training.

“Appellant and his counsel undoubtedly used this court merely as a stage from which to act out their version of political theater,” they wrote. “This was unprofessional and an abuse of the judicial process.”

Uhlfelder used his notoriety from the stunt to raise money for Democratic candidates, and he created a political action committee to support leftwing politicians.

Uhlfelder says he is running to do the job of attorney general, “not to be the governor’s personal attorney.” He says he will be an advocate for voting rights, consumer rights, and fundamental human rights, “instead of someone who is there to push a harmful political agenda just to advance her own political career.”

The newly announced candidate has a general practice law firm in Florida’s Panhandle, where focuses on civil and commercial litigation, construction litigation, divorce and family law, real estate, personal injury, and criminal law, according to the firm’s website. Uhlfelder was the first non-minority member of the Okaloosa County’s NAACP branch, and serves as chair of the branch’s Legal Redress Committee, according to the website.

As I Mark 80 Years of Age…
Georgia Run-Off: Walker 88% Negative News, 71% POSITIVE for Warnock
​Dwayne ‘the Rock’ Johnson admits he stole Snickers from 7-Eleven daily at age 14, says he went and bought all the Snickers ‘to right this wrong’
Evading Chinese Censors to Post Videos of Protests Has Become an Art Form
Cardiologist Dr. Thomas Binder forced into Swiss psychiatric hospital for publicly warning against covid lockdowns