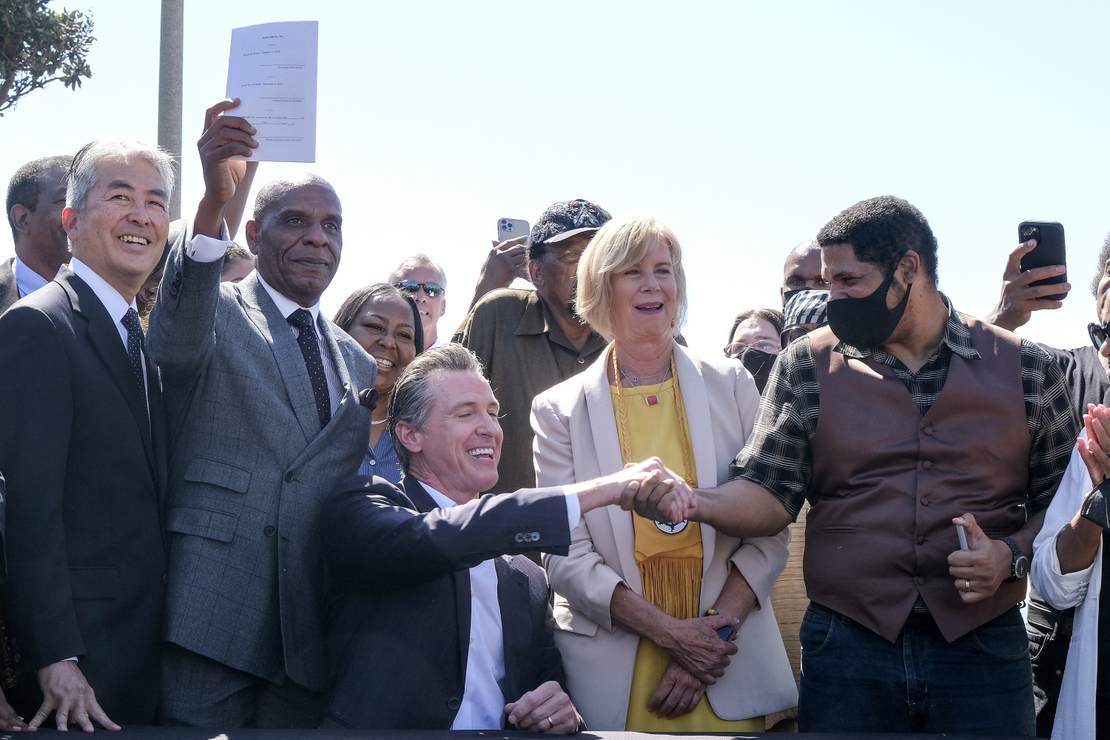 In September of 2020, California Gov. Gavin Newsom signed into law a “diversity requirement” mandating that any public corporation with headquarters in California must have at least one director from an “underrepresented community.” This means someone who “self-identifies as Black, African American, Hispanic, Latino, Asian, Pacific Islander, Native American, Native Hawaiian, or Alaska Native, or who self-identifies as gay, lesbian, bisexual, or transgender.”

The conservative legal group Judicial Watch went to court to challenge the mandate, claiming it violated the California Constitution.

“Gender quotas and now new quotas for numerous other groups for corporate boards are slaps in the face to the core American value of equal protection under the law,” said Judicial Watch President Tom Fitton.

Now, Superior Court Judge Terry Green has agreed, writing that the mandate “violates the equal protection clause of the California Constitution on its face.”

“The statute treats similarly situated individuals—qualified potential corporate board members—differently based on their membership (or lack thereof) in certain listed racial, sexual orientation, and gender identity groups. It requires that a certain specific number of board seats be reserved for members of the groups on the list—and necessarily excludes members of other groups from those seats.”

The state “has not identified a compelling interest to justify this classification,” noted Green. “The broader public benefits produced by well run businesses do not fit that bill. On the other hand, while remediation of discrimination can be a compelling interest, the state must define a specific arena in which the discrimination has occurred, such as a school district or a specific industry within a particular local jurisdiction.”

No doubt some radical California judge could easily identify a “compelling interest” to justify the classification. But they’d have to twist themselves into legal pretzels to do it.

When it comes to “equal protection,” some citizens are more equal than others.

“A member of the public … might wonder at this result,” he added. “If the Legislature has identified a social problem, how can the court stand in the way of the obvious and direct approach to solving it?”

His answer: Courts are charged with “maintaining the continuity of rules even against the will of the majority.” And “fundamental values, whether personal or social, must be guarded. Equal treatment and opportunity, of and for all individuals regardless of how they look or identify, is one of this state’s basic commitments. … Only in very particular cases should discrimination be remedied by more discrimination. And that should only happen after obvious alternative measures have been tried.”

Judge Green is a dying breed. As an elected judge, he’s under more political pressure than an appointed judge. And yet, his ruling spoke clearly to the heart of the issue: equal protection and “fairness.”

Those who support mandates see them as the only way to “diversify” corporations.

Advocates of greater board diversity say that mandates or quotas are sometimes the only way to achieve meaningful progress in improving representation among key decision-makers on corporate policy.

“There is an allergy in the United States to quotas, but when you look at the global view on diversification of corporate boards, there is an understanding that the only way boards end up being diversified is through mandates,” said Fabrice Houdart, a managing director of Out Leadership, an LGBTQ think tank focused on business issues.

“Diverse groups tend to come to better decisions,” he added. “We’re convinced this is a question of good governance.”

We hear this mantra all the time: “diverse groups come to better decisions.” Define “better.” And what evidence does anyone have that this is so?

Some truisms from the diversity freaks are repeated so often that they’ve become myths, not facts. Until someone presents hard, empirical evidence that choosing people based on the color of their skin or their gender or their sexual preference actually improves a company’s bottom line, I will remain a skeptic.