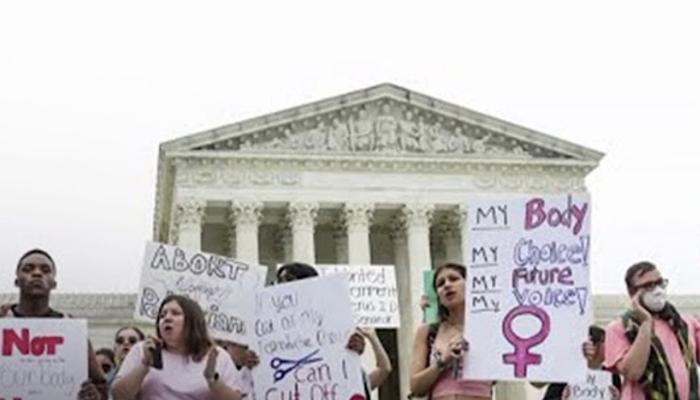 The mainstream media’s meltdown over the possible repeal of Roe v. Wade continued this week.

Both the Washington Post and the Associated Press chastised businesses for their continued silence on abortion. The Post published its article on Wednesday:

“[T]he majority of gaming’s heaviest hitters appear to have kept both their mouths and wallets closed. This silence is especially conspicuous following the industry’s near-uniliteral support of causes like Black Lives Matter in the wake of George Floyd’s murder and anti-Asian hate as a result of the covid-19 pandemic. In both of those cases, many big companies released statements, donated to charitable causes, updated internal policies and added in-game features to allow players to express their support.”

In an effort to discover the position of video game developers on abortion, The Post went on a mission to get the companies on the record.

“Microsoft will continue to do everything we can under the law to protect our employees’ rights and support employees and their enrolled dependents in accessing critical health care — which already includes services like abortion and gender-affirming care — regardless of where they live across the U.S.,” Microsoft told The Post. “This support is being extended to include travel expense assistance for these and other medical services where access to care is limited in availability in an employee’s home geographic region.”

Certain Infinity, a Texas-based company that most recently helped produce “Halo Infinite,” also responded and said that the company took a “strong stance” and supported abortion, but added that the company had “limited resources.”

“We will absolutely take a strong stance on this, and we will consider how to best support our staff who may be affected, but we haven’t had a chance to get out in front of messaging or strategy yet; it caught us a bit off guard,” Max Hoberman told The Post. “We’re still an independent company with limited resources.”

An employee at Activision Blizzard slammed the company for not giving employees paid time off to protest abortion restrictions.

“Right now, within Activision, there are many employees distracted and scared for the future,” Emily Knief, a senior motion graphic designer at Blizzard who identifies as transgender, told The Post. “Mr. Kotick made a commitment to improve the working conditions of the many lives that work under him and make Activision the best company it can be. And I can say without hesitation that, as of right now, he’s failing all of us.”

Knief said the decision forced employees to work in their roles instead of protesting the issue.

“While bodily autonomy may be a hot-button issue, [companies like Activision Blizzard] are disregarding the very real lives of the people that it impacts,” Knief added. “The many women, trans men and nonbinary folk within the company that are forced to carry on their day-to-day meeting expectations of their role while also being mindful of the fact that their ability to regulate their own bodies may soon become criminalized.”

CensorTrack with TR: TikTok Censors MRC’s Free Speech 34 Times!
Poll: Nearly 70% of Republicans say they want Biden impeached if the GOP retakes Congress after midterms
This is what happens if you give up your guns: Australia announces TWO YEARS in prison for violating covid rules
State Farm has partnered with transgender advocacy group to indoctrinate 5-year-olds, group says
Lefty Crypto-Billionaire May Throw $1 Billion at Defeating Trump in 2024