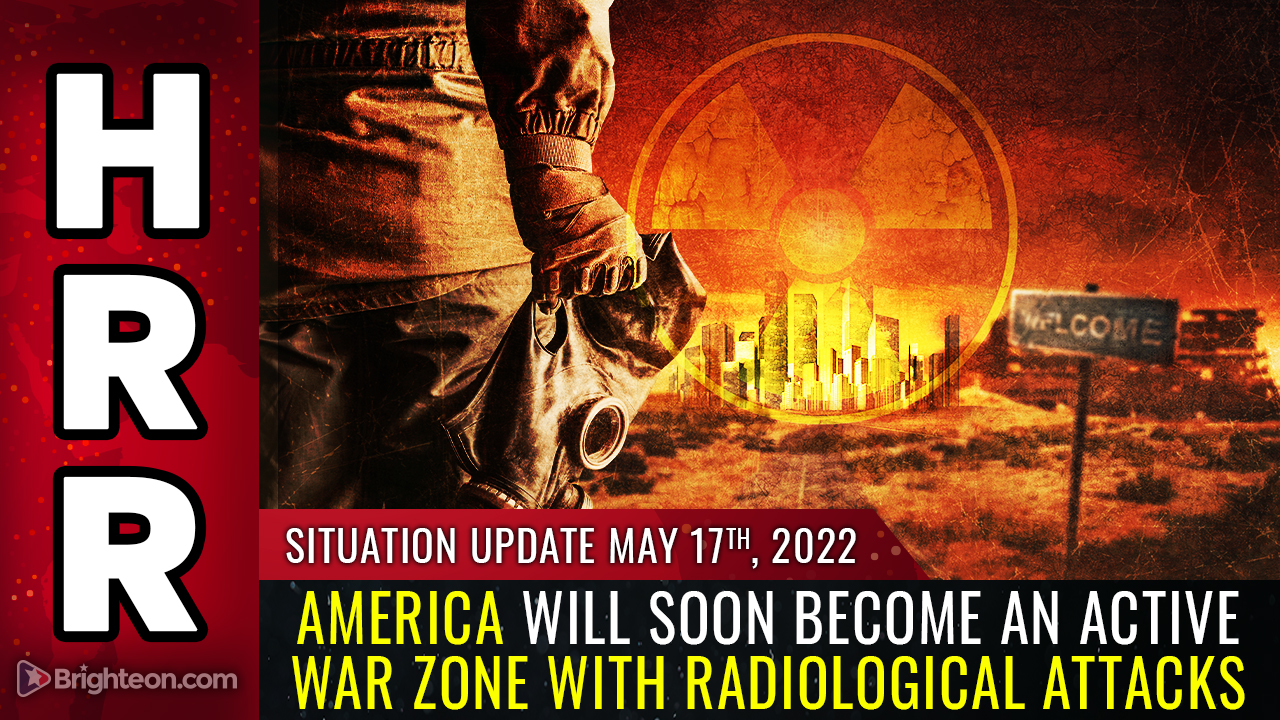 (Natural News)
Today’s Situation Update is one of the most impactful I’ve recorded in a while. It gets really intense in the last 15 minutes or so, as I’m covering the dirty bomb drills now taking place in Austin, Texas.

Those drills called, “Cobalt Magnet” and carried out by the National Nuclear Security Administration (NNSA), are not merely for show. According to the NNSA announcement about the drills:

Cobalt Magnet 22 is the culmination of 18 months of planning by local, state, and federal responders. Taking place at various locations around the city, the exercise will simulate a radiological attack, enabling response personnel to practice protecting public health and safety, providing emergency relief to affected populations, and restoring essential services.

During the week, members of the public may see field teams in protective clothing using radiological monitoring and detection equipment, low-flying aircraft conducting data-gathering overflights, and groups of first responders and others staged at various locations. The exercise is part of a regular program of training, exercises and planning by which NNSA and federal, state and local partners prepare to protect public health and safety.

The dirty bomb threat is real

We have corroborating intel that says radicalized Islamic terror groups operating out of Afghanistan are making their way to the USA by exploiting Western European escape routes for Ukrainian “refugees” fleeing the war. These operators are acquiring EU documentation then traveling to the United States, where they are building explosive vests containing either traditional kinetic (explosive) charges, or a combination of explosives with the augmentation of dirty bomb material such as cobalt-60.

According to our sources, Iran is supplying weapons engineers to build these highly complex suicide vests, which have to be carefully constructed in order to maximize the dispersal of radioisotopes when the explosive charges are initiated. These vests, we’ve learned, are being engineered in a way that they can be disassembled and easily smuggled into the USA across the wide open southern border, then reassembled inside the USA, ready for deployment. Thus, they can be constructed outside the USA and brought in through the wide-open border.

The upshot is that the United States is about to be hit with radioactive dirty bombs that will target major US cities in an effort to spread mass panic and make these living areas uninhabitable. The economic disruptions that would follow such an event would be catastrophic. Think post-9/11 economic collapse, but multiplied many times. Imagine the carnage if a dirty bomb hits a major US port and shuts down logistics operations, worsening the global supply chain collapse.

Cobalt-60 has a half life of around 5.27 years, meaning its effect last for about 53 years (10 half lives). Any city that’s hit with cobalt-60 would be uninhabitable for many decades to come, unless an extraordinary decontamination effort were launched at great expense (think trillions of dollars to tear down sections of multiple US cities and then rebuild them…).

The US sends $40 billion to Ukraine but won’t protect its own southern border, leaving it wide open for terrorists

The same US government that’s about to send $40 billion to protect Ukraine’s borders won’t spend a dime protecting America’s. Because the US southern border is wide open, it allows terrorists an easy path to entering the United States and transporting radiological weapons for staging operations. These weapons can also be acquired in the U.S. by stealing medical sterilization or imaging equipment and then exploiting their radioisotopes for dirty bomb construction.

The political leaders of the United States of America have, in our view, committed treason in leaving the US southern border wide open, effectively making America deliberately vulnerable to act of war that will exploit the unprotected border. Failure to defend your nation’s own borders is an excusable — even criminal — act, especially when so much effort is being expended to defend the borders of other nations. America’s back door has effectively been left wide open for terrorists to waltz right in and start detonating dirty bombs at will, with near-zero chance of them being interdicted by border patrol.

This will become painfully obvious when the first dirty bomb is detonated in a US city — an event growing ever more likely with each passing day.

By the way, iodine offers no protection whatsoever against cobalt-60 dirty bombs. Iodine only protects the thyroid from iodine-131, which is a completely different radioisotope.

Get all the details on this and much more in today’s hard-hitting Situation Update podcast: