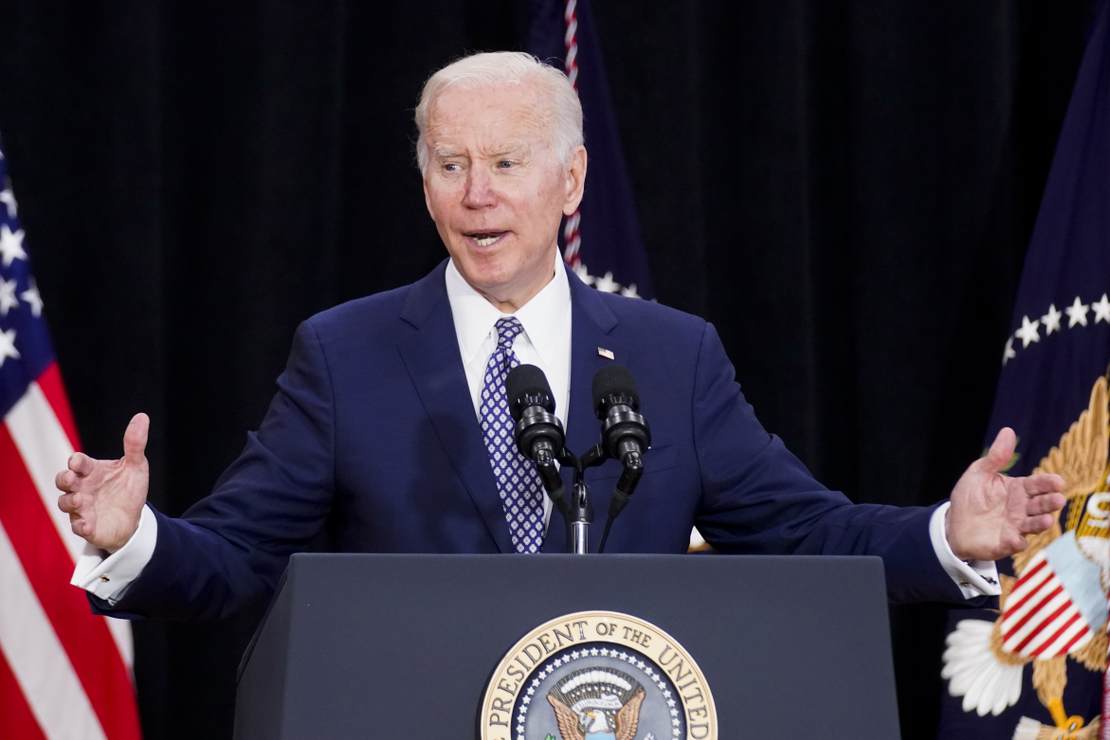 You may not know this, but the mass shooting in Buffalo, N.Y. is a local story for me.

While I don’t live in Buffalo proper, I did work there for nearly ten years. Tops Market is a regional chain with many locations in the area, and I’ve certainly shopped at quite a few of them, though not the one where the shooting took place.

On Tuesday, Joe Biden came to Buffalo for the usual political exploitation of a tragedy. As is his way, he managed to start by making it all about him, comparing the tragedy to his own loss of his son Beau to brain cancer.

“We’ve come here to grieve with you,” Biden said. “It’s not the same, but we know a little bit of what’s like to lose a piece of your soul when you lose a son, a daughter, a husband, a wife, a mother, a father.”

“The feeling of having that — as I said to some of you when we talked privately, you feel like there’s a black hole in your chest you’re being sucked into and you’re suffocating, unable to — unable to breathe. That’s what it felt like, at least to us. And I’m sure some version of that — it feels that way to you. The anger. The pain. The depth of a loss that’s so profound.”

Can Joe Biden ever try to empathize without exploiting the memory of his dead son? Unfortunately, he’s done so several times during his presidency, perhaps most offensively after his botched withdrawal from Afghanistan.

“Being the father of an Army major who served for a year in Iraq and, before that, was in Kosovo as a U.S. attorney for the better part of six months in the middle of a war,” Biden said after the terror attack at Kabul airport that killed 13 U.S. servicemembers. “When he came home after a year in Iraq, he was diagnosed, like many, many coming home, with an aggressive and lethal cancer of the brain — who we lost.”

Biden would repeatedly reference Beau while visiting with the fallen service members’ families, which didn’t sit well with the Gold Star families.

“When he just kept talking about his son so much it was just — my interest was lost in that,” said Mark Schmitz, whose 20-year-old son Jared died in Kabul. “I was more focused on my own son than what happened with him and his son. I’m not trying to insult the president, but it just didn’t seem that appropriate to spend that much time on his own son.”

The family of fallen Marine Rylee McCollum also reported that when they met with Biden, “he kept checking his watch and bringing up Beau.”

Related: Here’s What Recent Mass Shooters Actually Have in Common

Biden’s visit to Buffalo shouldn’t have been political. Yet, he managed to make it so, repeating one of his favorite tales that he only chose to run for president in 2020 because of his outrage at white supremacists marching in Charlottesville, Va. — a tale I doubt anyone believes is true.

But then he went on to list some recent shootings.

Also not worthy of mention by Biden were other recent mass murder incidents like the Waukesha massacre last November. Why not? The suspect, Darrell Brooks, was just as racist as the Buffalo shooter. The critical difference is that Darrell Brooks is black and hates white people. That’s why Biden made many excuses not to visit that grieving community.

Joe Biden has constantly been trying to make up for the fact he’s an old white guy. He picked a black woman as his running mate, repeatedly made affirmative action picks for his administration, and long-promised to choose a black woman to the Supreme Court — which he did with Ketanji Brown Jackson. But that is no excuse for only acknowledging the existence of race-based hatred from white people.