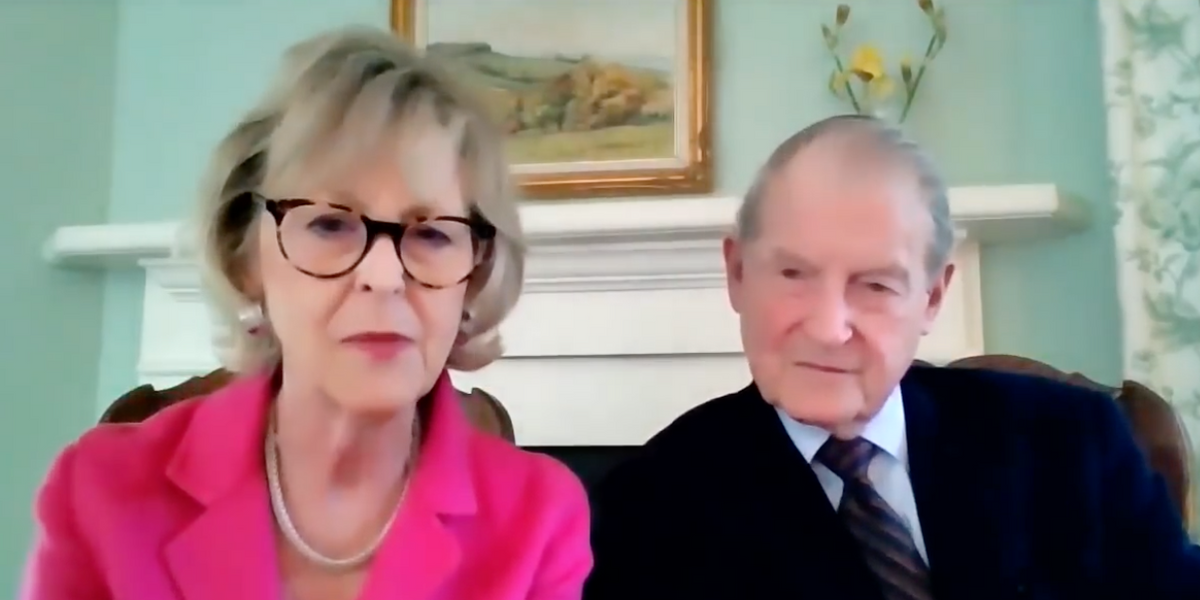 A phone scammer from Jamaica who made his living ripping off and threatening elderly couples was nabbed recently after targeting the wrong victims, KSAZ-TV reported this week.

William and Lynda Webster aren’t your typical elderly couple. William was a longtime public official who formerly served as the director of both the CIA and FBI. In fact, he’s the only person ever to have held both positions.

So when a phone scammer called him and his wife making outrageous claims — and later, threats — the Websters knew their rights and how to protect themselves.

They compiled evidence against the scammer and informed federal authorities, who tracked the caller to Jamaica. Later, when the scammer foolhardily entered the U.S. on a trip, agents were there to arrest him. Now, the Websters hope their story will help others put a stop to scammers, too.

In an interview with the local news outlet, Lynda Webster recounted, “A scammer identified himself as David and called back repeatedly and told my husband he had won $72 million in a scam.”

In response, she flatly refused to send any money and warned the scammer never to call back. But instead of taking her advice, the scammer allegedly persisted. He even started to make violent threats against her and her husband.

“He said he would kill me, kill my husband, he was going to burn our house down and that our white brick house would look lovely with the brains of my head on the wall,” Lynda recalled.

Thankfully, William said, “we had a lot of cooperation from the FBI, so that made things easier.” It’s also not every day that a scammer goes to such lengths as to make death threats.

The couple is now hoping to raise awareness about the prevalence of financial fraud schemes targeting elderly Americans. It’s a growing number. According to the FBI’s most recent Elder Fraud Report, in 2021, more than 92,000 victims were targeted, for total losses of approximately $1.7 billion.

Lynda added that everyone can take part in helping to prevent such egregious fraud from occurring.

“You don’t want to spy on Mom and Dad and Grandpa, but you kind of have to. You have to listen to the other end of the phone, peek at the mail and the checkbook occasionally,” she told the outlet.