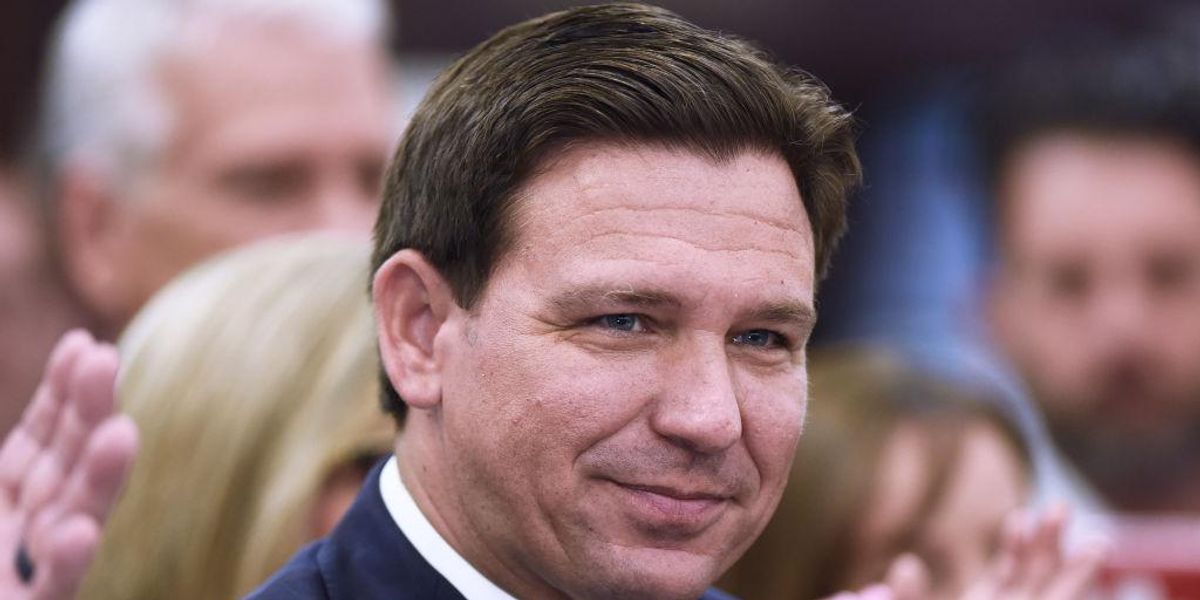 Florida Gov. Ron DeSantis signed legislation on Monday that will prohibit protesting outside of a residence with the goal of disturbing those who live there.

The measure will go into effect later this year on Oct. 1 — under the law, if people engage in a demonstration outside of a residence, authorities will issue a warning to disperse before moving to arrest the protestors. Breaking the law represents a second-degree misdemeanor.

“Sending unruly mobs to private residences, like we have seen with the angry crowds in front of the homes of Supreme Court justices, is inappropriate,” DeSantis said, according to a press release. “This bill will provide protection to those living in residential communities and I am glad to sign it into law.”

DeSantis, an incumbent Republican governor, is running for a second term in office. He has become an enormously popular figure among conservatives. Prior to serving as governor, DeSantis served in the U.S. House of Representatives as a lawmaker from the Sunshine State.

U.S. Rep. Charlie Crist, who is one of the Democratic candidates vying for the opportunity to face-off DeSantis during the upcoming gubernatorial election, said last month that DeSantis seeks to appeal to a “hard right, toothless crowd.”

“Charlie was referring to the toothless, spineless crowd that aids and abets DeSantis’s crusade to hurt, rather than help Floridians – the legislators, lobbyists, and special interests who bend to his whims and only care about delivering red meat for their base,” Crist’s press secretary Samantha Ramirez said, according to the Sarasota Herald-Tribune. “To imply that he meant anything else is nonsense.”

Crist previously served as governor of Florida from early 2007 until early 2011 — he was elected as a Republican in 2006, but lost a 2010 U.S. Senate bid while running as an independent. Crist ran for governor as a Democrat in 2014 but lost to incumbent GOP Gov. Rick Scott.

Texas’ top cop reveals shocking new details about Uvalde police response: ‘An abject failure’
IRS buying up massive amounts of ammunition while Biden regime tries to shut down CIVILIAN ammo supply chain
Mark Levin to moderate GOP debates in Florida
Roth: What the heck is going on with Bitcoin?
RED ALERT: Entire U.S. supply of diesel engine oil may be wiped out in 8 weeks… no more oil until 2023 due to “Force Majeure” additive chemical shortages