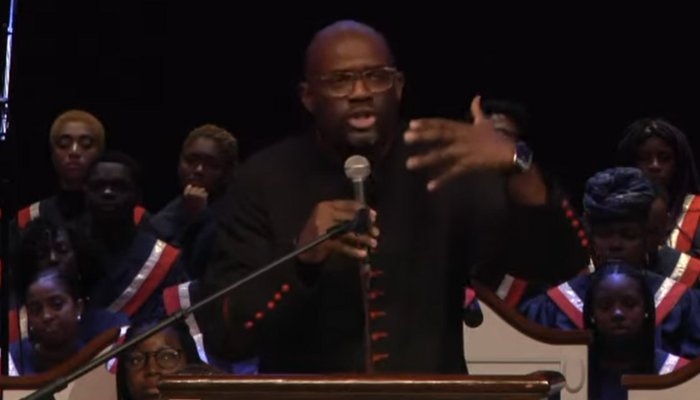 On the front page of Tuesday’s Style section of the Washington Post was a story on “Black churches and the abortion dilemma.” The theme of the story by Clyde McGrady and Lateshia Beachum was that “many conservative White evangelicals rejoiced” after the leaked draft opinion on abortion, black churches were more…. “complicated.” 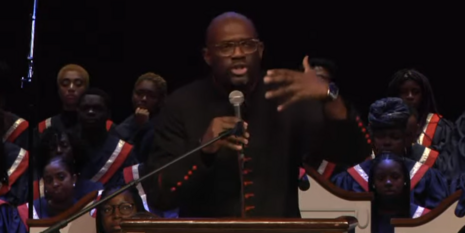 A caption underneath a picture on that front page of Rev. William Lamar, who “says Supreme Court Justice Samuel A. Alito Jr. Is being ‘intellectually dishonest.’”

How so? Alito’s draft opinion suggests Roe suppresses the black population and quoted Clarence Thomas that there is a“compelling interest in preventing abortion from becoming a tool of modern-day eugenics.” This then is Lamar’s fuller reaction:

You can’t? Can’t you let them live and then discuss gerrymandering? Is it “intellectually honest” to ignore Bible verses like in Jeremiah, “before I formed you in the womb, I knew you”?

The reporters also hail Sen. Raphael Warnock sticking to his position as a “pro-choice pastor” and talked to Rev. Earle Fisher, “a member of Planned Parenthood’s Clergy Advocacy Board.” 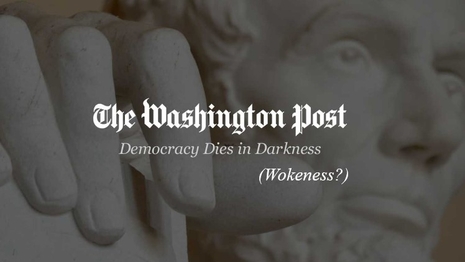 The main point was that for black ministers, “Even among those who oppose abortion, the topic is fraught. Research shows that Black pastors are less likely to mention abortion in their sermons than White pastors of evangelical churches, and opposition is often more implied than stated directly.”

In other words, they preach more boldly on “pre-clearance in the Voting Rights Act.”

The Post reporters conclude “happily” by describing how pastors like Lynntesha Roberts Henley — who said abortion was a “distraction” from police brutality and HBCU funding – had an “evolution” and now finagle around the Bible in favor of a right-to-choose ethic:

She remembers one pregnant 14-year-old girl who wanted to have an abortion but whose family persuaded her against it by citing the Bible. The promised family help came less often than she expected, causing further stress and limitations to her young adulthood with motherhood as her new focal point. Roberts Henley says she stayed neutral when counseling the teenager but watched her struggle afterward.

“I grew up in the Black church, and we were always taught that murder is a sin, period. For a long time, I viewed it specifically as that,” she says. But as she grew up, “I realized that people have to make a choice that’s best for their life dependent upon what the situation and scenario is. That is how I became more open to people having the right to choose for themselves.”

PS: This story was placed directly below a puffy interview with incoming liberal Supreme Court justice Ketanji Brown Jackson, who was asked very late in her interview about Alito’s leaked draft opinion. Did she think that was “a good thing or a bad thing”? Jackson said “I can’t answer that.” Do you support or oppose protesting at Supreme Court justices’ homes? “I don’t have any comment.”

A global food shortage “catastrophe” is unfolding, warns UN chief
VIDEO: Truck drives through activists protesting for abortion rights in Iowa
The Left Freaks Out Every Time They Don’t Get Their Way
HORROR: 3 Siblings Drown in Clarks Hill Lake in Georgia on Same Day
‘Violence is a legitimate and appropriate response to oppression,’ leftist video producer Carlos Maza declares