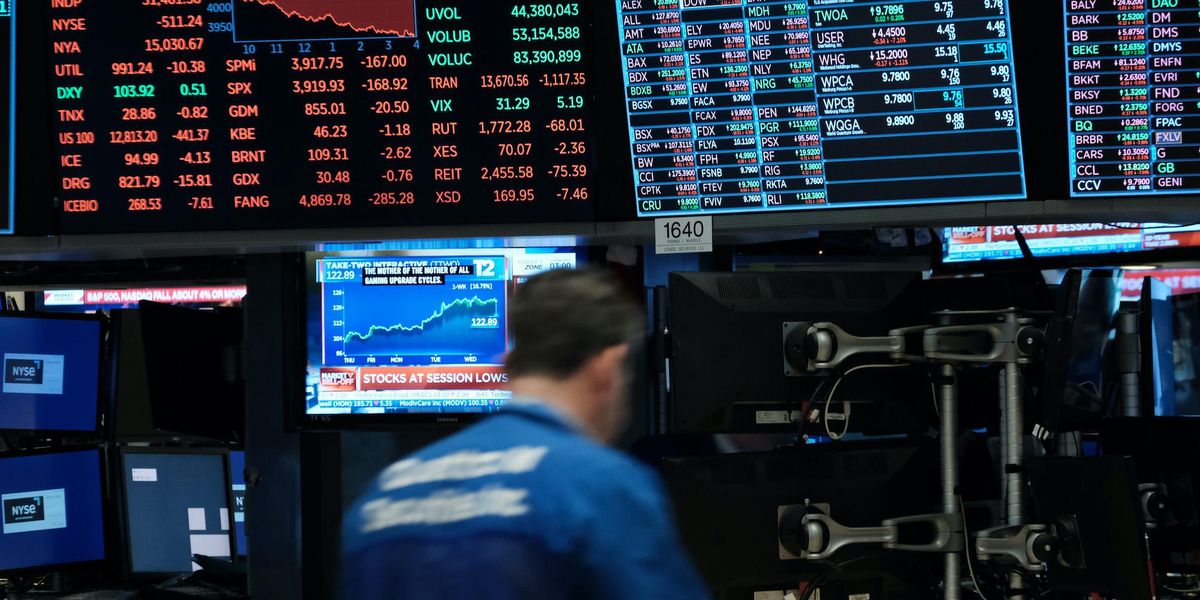 The stock market crashed in the worst day since the pandemic outbreak in 2020 over fears that the economy was heading into a recession after several companies reported weak earnings.

Wednesday’s losses added to investors’ woes over a month of declining values.

“Today’s broad-based market selloff concerns the ability of companies to pass along higher costs, something that was questioned but which found somewhat of an answer with the retailer’s earnings reports,” wrote Krosby.

“To be sure, consumers continue to spend, but many of the top retailers are unable to pass along the higher labor costs and higher prices wrought by a still constrained supply chain,” he added.

Among those were Target, which reported lower earnings despite having an increase of sales because inflation had made its expenses grow at a larger rate. Target’s stock dropped by more than a quarter as a result.

“Higher costs coupled with more cautious consumers have the market worrying about the prospect of a recession,” Krosby added.

The market also appeared to respond to comments from Federal Reserve Chairman Jerome Powell on Tuesday that the Fed was willing to hike up interest rates even more in order to battle inflation.

On Monday, a Morgan Stanley analysis said that the “excessive” fiscal stimulus spending from the Biden administration was to blame for “turbocharged” consumption and surging inflation.

“In other words, we created too much demand for the supply chains to handle. The fact that the supply chains had been impaired to some degree only exacerbated the shortages and inflation, especially for consumer goods,” the analysis read.

Voters said in a recent poll that they blame Biden’s policies for inflation more than any other cause, including the invasion of Ukraine, the pandemic, and supposed corporate greed.