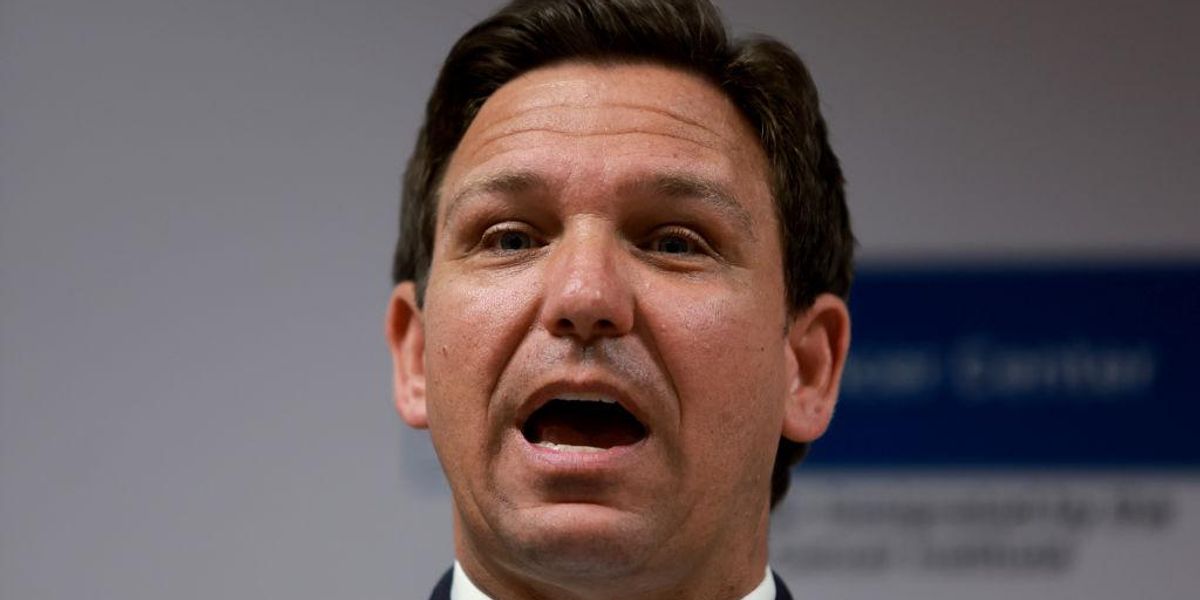 Florida Gov. Ron DeSantis said on Wednesday that President Joe Biden should get “an honorary membership in the Mexican drug cartels.”

DeSantis said that Biden “is violating his own oath of office by allowing massive numbers of people to come across the border illegally.”

The governor said that the president “should be given an honorary membership in the Mexican drug cartels, cuz nobody has done more to help the cartels than Biden with his open-border policies.”

DeSantis is seeking election to a second term as governor of the Sunshine State. Prior to becoming governor he served in the U.S. House of Representatives.

Failure to adequately secure the border poses a public safety threat because dangerous criminals could potentially enter the country.

For example, on May 9, Border Patrol agents apprehended a group of people that included an individual who had been “previously convicted of aggravated sexual assault of a child in Austin in 2016 and sentenced to two years confinement,” according to a press release, which noted that the person had been “deported in 2018.”

And the same day, authorities also apprehended a group that included an individual who “was previously convicted of 4th degree felonious sexual assault of a child in Johnson County, Arkansas, in 2016 and sentenced to 60 months probation and deported,” according to CBP.

“Arrests like these highlight the importance of border security and what it means for American citizens,” Del Rio Sector Chief Patrol Agent Jason D. Owens said, according.to the press release. “Border Patrol agents stand between good people and those who wish to do them harm. No matter the circumstances, they remain dedicated to keeping criminals like these out of the country and out of your communities.”

Reid & Guest Angry ‘Autocratic’ GOP Are Treated Fairly By Media
The Fringe with Megan Fox, Episode 95: Gays Against Groomers
UPDATED full list of food facility fires in the USA from 2020 – 2022
South Dakota Attorney General Barred From Future Office After Impeachment Conviction Over Fatal Car Crash in Which He Killed a Pedestrian
FIFA Kicks Around Idea Of Transgenders In Women’s Soccer