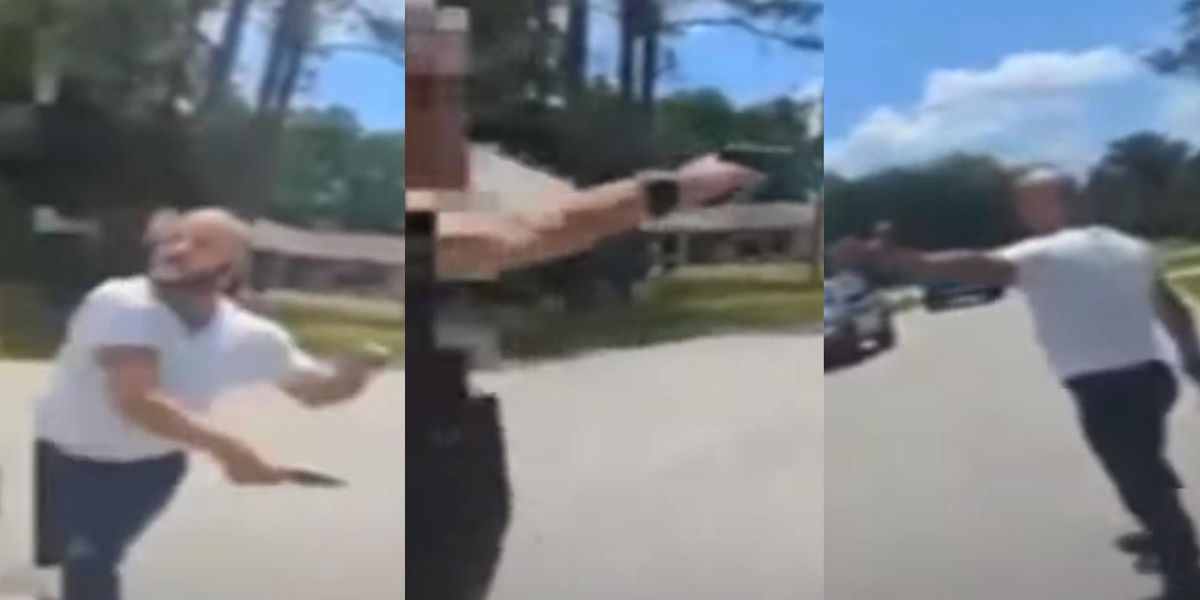 A sheriff in Florida applauded a motorcyclist for ending a road rage incident by pulling a gun on a knife-wielding driver.

The alarming confrontation was caught on video by the motorcyclist’s wife.

The video shows a man with a knife threatening the motorcyclist before trying to slash him once.

At that point, the motorcyclist reached into his vest, pulled a pistol out and pointed it at the driver.

The driver called the police to report the man for pulling a gun on him, but police found that he had a concealed carry permit for the pistol. The victim told police that he had been cut off by the driver in a silver Toyota Tacoma.

“Traffic disagreements should never result in violence in our streets. In this particular incident, the video captured by the victim’s wife clearly shows that her husband’s life was threatened. I applaud the way the motorcyclist handled this situation,” said Flagler County Sheriff Rick Staly in a statement.

“After his life was clearly threatened, he lawfully defended himself and then de-escalated the situation,” added Staly. “The offender is lucky he was not shot.”

Staly said after viewing the video of the incident that they arrested the knife-wielding suspect, who was identified as 50-year-old Rafael Vincent Rivera.

Rivera was charged with aggravated assault with a deadly weapon and booked him at the Sheriff Perry Hall Inmate Detention Facility.

Staly said Rivera had been previously arrested four times since 2015 on felony and misdemeanor charges related to theft and trespassing. He also cautioned the public against taking traffic enforcement into their own hands.

“Call the Sheriff’s Office instead,” he added.


A violent road rage encounter was caught on camera

Telemundo Anchor Mourns End Of Federal Right To Kill ‘Babies Inside Them’
CBS Hypes 2-Hour Watergate Special, Tries to Connect to January 6 Pelosi-Picked Panel
VIDEO: Truck drives through activists protesting for abortion rights in Iowa
RED ALERT: Entire U.S. supply of diesel engine oil may be wiped out in 8 weeks… no more oil until 2023 due to “Force Majeure” additive chemical shortages
‘Mr. Bean’ star Rowan Atkinson hits back at cancel culture: ‘The job of comedy is to offend’