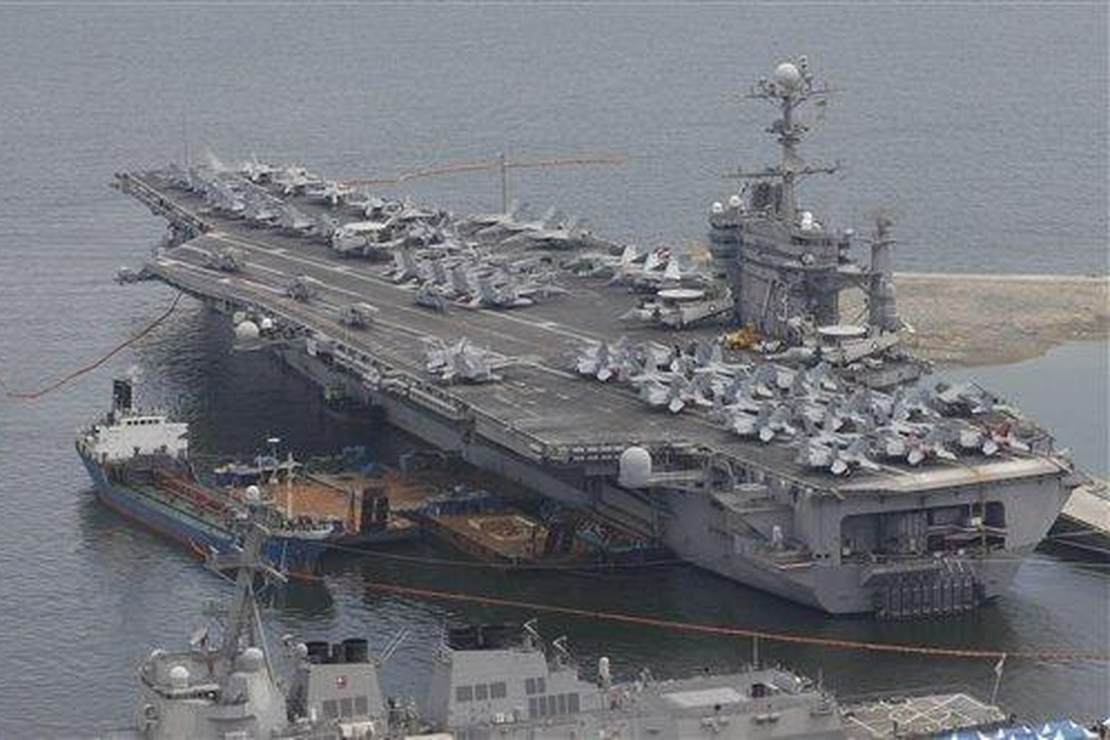 There’s a service-wide mental health crisis in the U.S. Navy as suicides have spiked in the last two years and desertions have risen alarmingly.

Five sailors assigned to the USS George Washington died by committing suicide in the last year with three dying in one month. There were 157 sailors who deserted the Navy in 2021compared with 63 in 2019 and 98 in 2020, Navy data shows.

Some military lawyers claim that part of the problem is the unbreakable contracts that the sailors have to sign — often right out of high school. This leaves dissatisfied sailors with few alternatives: die by suicide or flee and face the harsh consequences of deserting.

Another problem is the stigma associated with seeking help for a mental or emotional health condition. On the George Washington, there was one psychiatrist for the 2,700 sailors aboard. The Navy isn’t exactly opening its arms to treat the sailors who may need help.

Navy officials struggled to explain the increase in desertions, saying sailors can be exposed to “many different stressors.” [Navy spokesman Lt. Cmdr. Devin] Arneson said the reasons people choose to take extreme actions are personal. “We don’t want to guess at someone’s motives,” she said.

Being at sea for months at a time, away from loved ones, and constantly having to be prepared to go to war would be stressful for anyone. Factor in the stress of having to perform at a high level all the time while on duty and it can be difficult to deal with emotionally, especially for young people.

[Attorney Stephen] Karns said mental health issues have factored into almost every one of the 1,000 unauthorized absence or desertion cases he has handled, more than 150 of them from the Navy. The average age of his clients in those cases is 25 and below.

“The military can be a great place,” he said. “But if you don’t like it for whatever reason, it can be a very suffocating and miserable place.”

Unlike in the civilian world, where people can seek mental health care without their employers knowing and get quicker consultations, sailors have to inform their superiors and wait for the next available appointments with military medical providers, which can take several weeks.

From the Navy’s point of view, it can be difficult trying to determine which sailors are in real need of help and support and which sailors may be trying to game the system and get out of their contracts. On-base psychiatrists try to weed out those trying to abuse the system, but, as has been shown, many sailors slip through the cracks.

Is an 18-year-old man or woman capable of understanding the ramifications of signing up for six years?

Yet researchers have found that the human brain, particularly the part responsible for planning and controlling impulses, doesn’t finish developing and maturing until the mid- to late 20s, according to the National Institute of Mental Health. That is partly why critics oppose military recruitment campaigns in high schools.

“It’s hard for a young person at that age to grasp the amount of power and control that their employer has over their lives,” said Rick Jahnkow, an organizer with the National Network Opposing the Militarization of Youth, a nonprofit group. “They don’t understand the commitment.”

Suicides in the Army have actually fallen, as have desertions, so it doesn’t appear to be a military-wide phenomenon. And the pandemic appears to have played little or no role in the spike in suicides and desertions in the Navy. No doubt the failed expectations of the young people have a lot to do with the mental health problem. The kids sign up to see exotic places and end up in dry dock or doing maintenance.

Bill Maher stuns leftist guest, says DeSantis would be a ‘way better’ president than Trump
NHL Implores YOU to be an LGBT ALLY
Roe is Gone. What Comes Next?
The Trump-DeSantis Rivalry Just Got Real
Thank Abortion Radicalism for Roe v. Wade Being Overturned