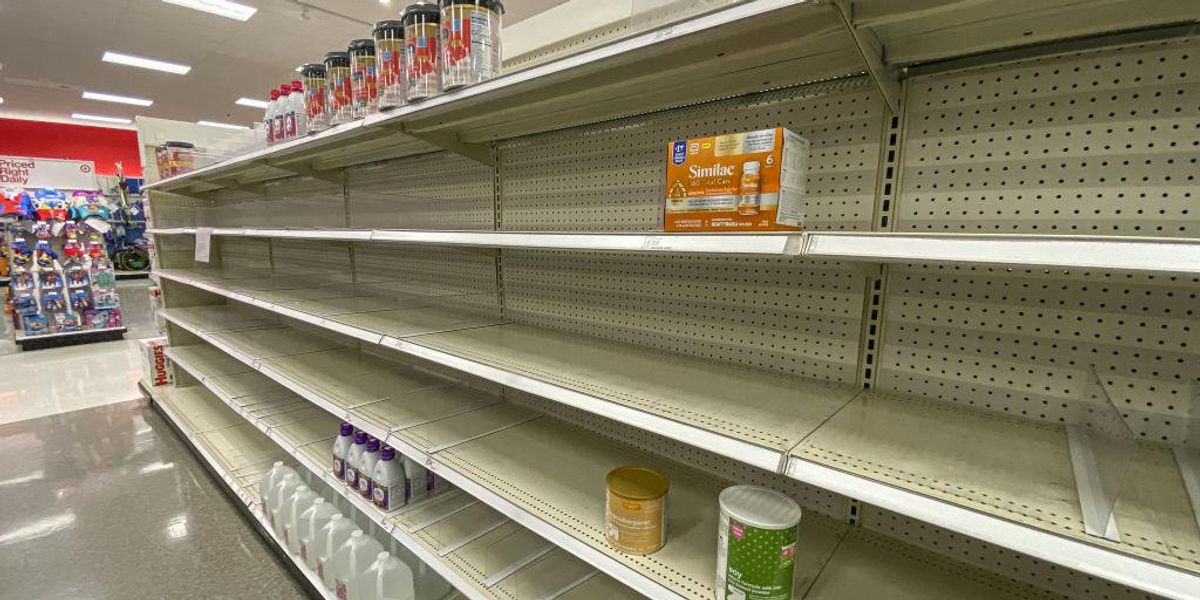 A bill in Congress intended to help poor families buy baby formula passed the House with near unanimous support late Wednesday, but was opposed by nine members of the conservative House Freedom Caucus, who said the legislation would make the problem worse.

In an overwhelming show of bipartisan consensus, H.R. 7791, the Access to Baby Formula Act passed with 414 “yes” votes. Introduced by Rep. Jahana Hayes (D-Conn.), the bill would allow the Department of Agriculture to waive certain requirements so that qualified beneficiaries of the Women, Infants, and Children program can more easily purchase different brands of formula. The bill would also require formula manufacturers to put contingency plans in place to prevent future supply chain disruptions.

Hayes said her bill will improve access to formula for WIC participants during emergencies and supply shocks.

The House passed my Access to Baby Formula Act to ensure we have a plan in the event of future recalls, emergencies or supply chain shortages. #babiescantwaitpic.twitter.com/bIV5sJSt1Z

They warned that expanding the ability of WIC participants to buy formula without increasing supply could unintentionally make the shortage worse.

“Empowering the Secretary of the USDA so that they can waive administrative requirements for the WIC program is ineffective and artificial,” said Rep. Andy Biggs in a statement.

“This legislation would make baby formula shortages worse for most Americans. It will allow WIC to utilize a far greater portion of the baby formula market, crowding out many hard-working American families,” he said.

Rep. Matt Gaetz said that “instead of creating new emergency authorities for the Incompetent Biden Regime, we should source more product for all American families and solve the problem.”

The current shortage has put strain on parents of infants who need formula to feed their children. Its causes are related to inflation, lingering supply chain issues from the COVID-19 pandemic, and a product recall in February that shut down a major formula manufacturing plant in Michigan.

As many as 26 states have reported out-of-stock rates of 40% to 50%, with the worst shortages in Texas, Tennessee, Missouri, Iowa, North Dakota and South Dakota, according to NBC News.

Amid widespread outcry over the lack of access to formula, President Joe Biden announced Wednesday that his administration will invoke the Defense Production Act to direct commercial cargo airlines to transport baby formula products.

“Bypassing regular air freighting routes will speed up the importation and distribution of formula and serve as an immediate support as manufacturers continue to ramp up production,” the White House said.

Another bill introduced in Congress by Rep. Rosa DeLauro (D-Conn) would address the problem by spending $28 million to staff the Food and Drug Administration and support its inspection force. That bill passed 231-192, with much more GOP opposition. House Minority Whip Steve Scalise (R-La.) told the GOP conference in a memo to vote “no” on the bill, writing that Democrats were “throwing additional money at the FDA with no plan to actually fix the problem, all while failing to hold the FDA accountable.”

“The only way to get more formula to American families is to fix the crony policies that prevent more U.S. companies from producing it, remove barriers to innovation, and allow imports from trusted nations; the legislation Democrats put forward does none of that,” said Rep. Chip Roy, who voted against both bills.

“This shortage is the direct result of unnecessary federal regulations and of a bloated bureaucracy that failed to recognize the problem before it spiraled out of control. This body should be solving problems, not making them worse.”